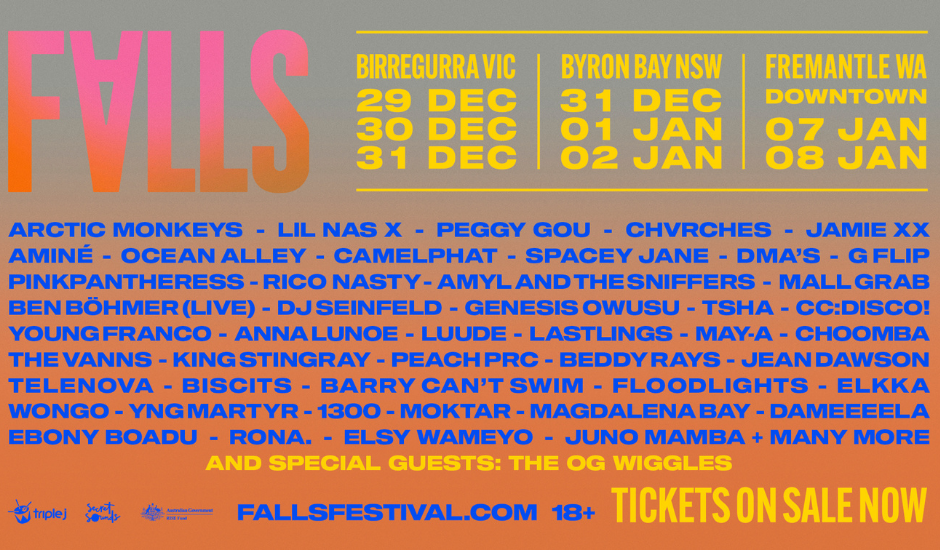 After a truly shitty few years for live music, festivals are finally back on the menu in Australian, including the iconic Falls Festival returning for the first time since 2019 to the joy of punters in Victoria, New South Wales and Western Australia at the end of the year and start of next.

With an absolutely STACKED line-up including headliners Arctic Monkeys, Lil Nas X, CHVRCHES, Ocean Alley, G Flip and oh so many more, we decided to take a deep dive into the lineup to highlight a few of the underground and emerging stars of the line-up worthy of your attention on the days.

Having been honing her skills both as a producer and DJ for over a decade now, the Korean born, Berlin based dance music phenom who is Peggy Gou broke through at the start of 2019 with her now iconic cut of vibe filled vocal house, It Makes You Forget (Itgehane).

With COVID bringing everything to a grinding halt in early 2020, Peggy dropped her now iconic Boiler Room isolation mix, just as South Korea’s lockdown was lifting.

Gou’s latest production, just revealed today at the time of writing, is her taking on “our Kylie”, flipping Can’t Get You Out of My Head into a deep house remix, set for release Thursday, May 19, but you can check out a preview from Kylie’s insta. An absolute weapon behind the decks, you don’t want to miss Peggy Gou at Falls!

It may have been five long years since iconic British indie band the xx dropped their last album, but that doesn’t mean their members have been inactive, including mr xx himself, Jamie xx, who alongside his now iconic dance cuts has made a return in 2022 with some fresh sounds.

Jamie has been releasing his addictive take on dance music for over a decade now, with his 2011 cut Far Nearer not just one of the biggest tunes of that year, but one of the most influential dance cuts of the decade, still sounding just as fresh 11 years later.

Fast forward to 2015 and Jamie’s time to crossover arrived as he teamed up with Young Thug and dancehall don Popcaan for the summer anthem that was I Know There’s Gonna Be (Good Times).

Just in time for Falls, xx has returned recently with his first new music in two years, in the form of the epic and anthemic, gospel-house influenced banger LET’S DO IT AGAIN, which I’d expect to hear in his sure to be vibe filled set.

Melbourne’s Courtney Clarke has been better known to most for some time now as the incredibly skilled, tastemaking DJ who is CC:DISCO! Having relocoated from Australia to Lisbon in 2018, CC has played most of the notable underground dance music festivals including Oasis, Lost Village, DGTL, PITCH, Strawberry Fields, Meredith ,Glastonbury, Love International, Kala and Westival, as well as countless headline slots in clubs all around the world.

If you want to catch one of the most skilled active DJs in 2022 in action, don’t miss CC’s set at Falls!

Darwin-based indie-pop-rockers King Stingray had one hell of a 2021, popping up on a lot of radars with their second single Get Me Out, bringing their unique brand of “Yolŋu Surf Rock” to audiences across Australia (and the world!).

The fellas made a return just a few months ago with new single Camp Dog, as anticipation to an EP or album continues to build.

Now getting to showcase their skills as a live band to audiences around the country, be sure to catch King Stingray at Falls.

An exciting emerging producer in the underground house scene is London-via-Scotland producer Barry Can’t Swim, who turned heads with his 2021 debut Amor Fati EP, released on the influential lo-fi house label Shall Not Fade, home to releases from the likes of Mall Grab, Fouk, Alan Fitzpatrick, Laurence Guy, Cinthie and countless more.

Back for 2022, BCS has just dropped his latest banger, showing his range and love for the faster side of dance music with Diana Ross & The Supremes-sampling Fiorucci Made Me Hardcore.

If his productions are anything to go by, expect a genre and BPM blurring set from Baz at Falls, with an emphasis on catchy melodies and feel good vibes.

Kenyan-born, Adelaide-based Elsy Wameyo is on the brink of big things, with a huge 2022 under her belt just four months into the year. In February she made her presence known with River Nile, a hypnotic bassy slice of electronic hip-hop goodness and a dope video to boot.

Backing up River Nile, Wameyo dropped her Nilotic EP in April and we got to know her a bit better at the time, with Nilotic still on heavy rotation. Don’t miss your chance to catch this exciting new artist live at Falls!

General Tickets on Sale Thursday 12 May 9am local time 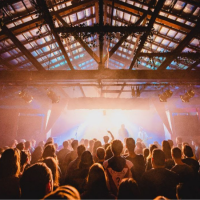 BIGSOUND turn up the volume for their 21st birthday celebrations! The southern hemisphere's biggest celebration of new music returns September 2022. 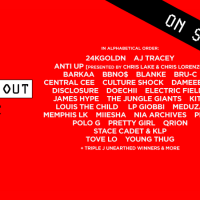 Pilerats top picks for Listen Out/In 2022 + WIN tix for you and your mates! Our guide to the must-sees on this year's HUGE lineup, and how you can get some free passes for you and the group.
News