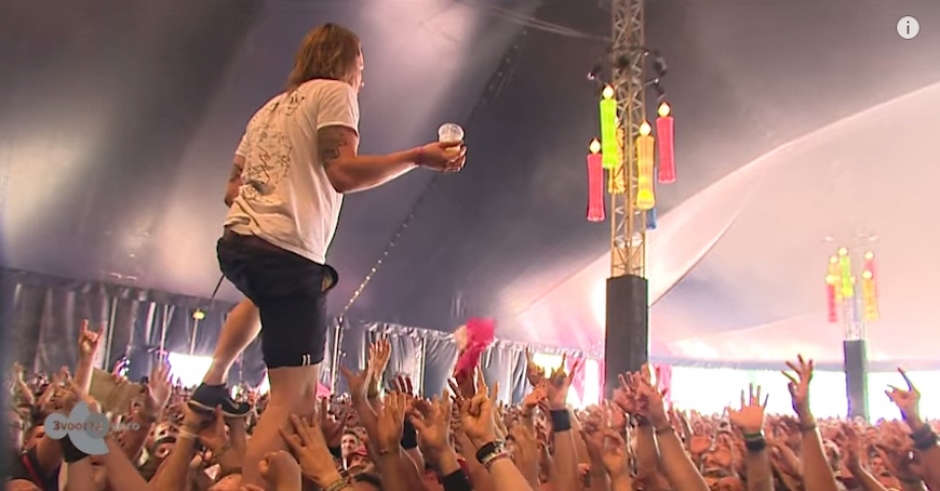 What a weekend it has been for rock'n'roll. First up Foo Fighters frontman and general legend of the devil horns, Dave Grohl broke his leg at a show in Gothenburg, Sweden, only to come back out and keep playing. While a fucking doctor puts a cast on the broken leg. AKA things that will go down in rock'n'roll history folklore never to be topped:

And now new video has surfaced of David Achter de Molen, the lead singer of Dutch punk rock band John Coffey, casually catching a beer thrown his way during their set at PinkPop Festival in Holland. Honestly I watched this video so many times I started to convince myself it was fake, like reversed or something. But nope, it's just the rock'n'roll gods smiling down upon Coffey, who is so nonchalant about the whole thing it's like it was pre-ordained.

Oh yeah, one of the 5 Seconds Of Summer dude's hair/face caught on fire during on of their shows over the weekend too. And while it's fortunate that he seems to be going okay following the incident, it feels like a disrespect to Grohl and friends to mention them in the same post. I'm not suggesting he should have gone back out on stage like Grohl, 5SOS just suck. In a way maybe the rock gods had something to do with this incident as well? Who's to say. 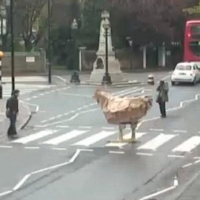 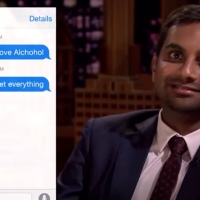 Anziz Ansari Reads Out Awkward Dating TextsThere's lots of things Aziz Ansari can do to make me happy, and this is definitely one of them.
News