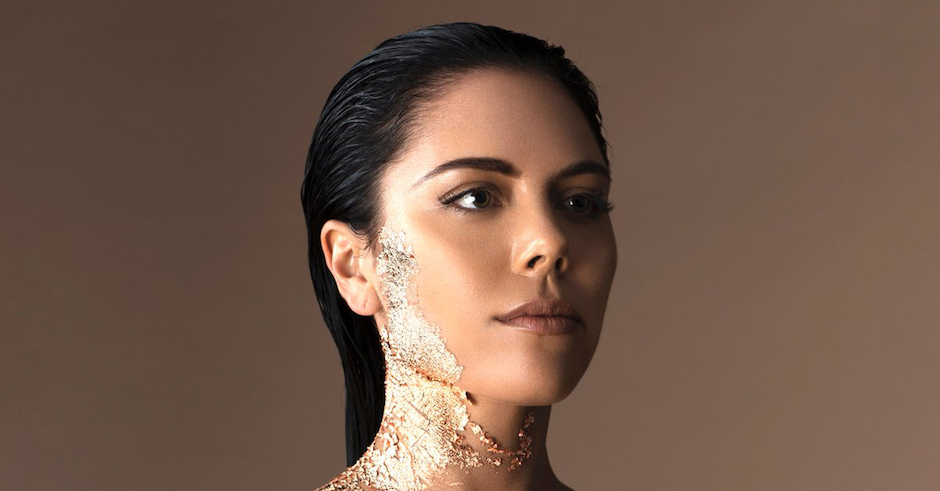 Sydney's George Maple has been a pivotal factor in the rise of some of Australia's biggest electronic exports – namely Flume, Flight Facilities and What So Not – with her yearning vocals soaring above three of these act's biggest break-out singles. After 2014's Talk Talk EP, which launched Maple into the spotlight on her own, solo terms, the Australian singer-songwriter has been an instrumental piece of Australia's electronic scene, whether it be on her own front with a range of empowering and bold singles, or as a songwriter and collaborator, teaming up with names including Snakeships and DJ Snake. Lover is Maple's long-awaited foray into the full-length album format and at a run-length clocking it at 20 songs on the dot, she's definitely made her debut as worth it as possible.

Lover continues on from singles including the Goldlink-featuring Sticks And Horses (which is also the first major track on the release) in that it aims to spotlight a more confident and sensual side of George Maple, with her warm and longing vocals stirring above typically woozy, R&B-esque productions. However, it's not all the same. Across 20 tracks, Maple has room to wiggle around and explore different aural pathways which she somehow manages to nail every time. Sticks And Horses is a bit of a heavier track, with George Maple and Goldlink diving into a more traditional hip-hop production full of crisp percussion and dense melodies. Likewise, the What So Not-produced Buried enlists Rome Fortune for a track with a similar sound, one we've grown to love since its release last year. Hero – the album's lead single – takes on a more 80s pop sound, with the nostalgic euphoria also peeping through on tracks further down the record.

Admittedly, an album 20 tracks long has the potential to quickly burn and grow old. However, by constantly evolving her sound and experimenting with a range of others, George Maple's Lover doesn't feel like a chore to sit through. The short, typically spoken interludes provide insight and inspiration into the tracks to come, while also allowing the listener to grab a quick breath before Maple's stirring vocals make their grand return. It's interesting to see where she'll go from here, as topping a 20-track debut album is a task I wouldn't wish on my worst enemy. However, through the strength (both vocal and emotional) displayed by George Maple on Lover, I trust that this will be just another easy step for the long-time Australian pop queen.

She's also just announced an Australian tour for February next year, tickets go on sale this Thursday via her WEBSITE.

After last year's incredible debut album Kōya and his vibrant, returning single Run For You Life a few months back, Melbourne beat-maker Braille Face is back with his second single for 2017 in Faraway. Much like his previous work, Faraway is an excursion into the more percussive side of gentle electronica, uniting light and refreshing vocals with an intricate, percussion-soaked production that swirls with soft synth melodies comparable to some of Australia's most exciting electronic names in Christopher Port and Jack Grace. It's got a bit more of a house edge than we're typically used to from Braille Face, but despite initially starting off as a joke between friends to write more of a house-leaning single it actually works really, really well and to be honest, I would not be mad if a lot of his future releases followed suit with this upbeat, joyous bounce.

Accomplished American singer-songwriter Dawn Richard – also know around the music business as D∆WN – has positioned herself as one of pop's most eccentric and unconventional names, with her numerous collaborations with fellow US name Machinedrum particularly highlighting this left-field region of pop that she chooses to explore. Stopwatch is her newest single and it continues to push into this boundary-blurring sound, with Richard's smooth, R&B-pop vocals stirring above a punchy club beat which oozes with this energetic sound. Dawn Richard is constantly referred to as an R&B outcast, but with the pop (and R&B) world shifting more towards energetic and joyous productions like these it won't be long before she fits right in but let's face it, by then she'll probably be leagues ahead anyway.

Kasbo - Bleed It Out feat. Nea

Swedish producer Kasbo has always been one of the front-runners of the synth-saturated future-pop explosion, which is why singles like Bleed It Out – his new one with emerging songwriter Nea – feels like something he could do in his sleep. It's another bright and bubbly track from the quickly-rising name, with thick layers of synth melodies combining with soaring, easily-addictive vocals and subtle cinematic nuances to create a track that is both safe yet exciting and creative. "This song is mainly inspired by my backpacking trip through China and Vietnam," the producer says in a quote. "Travelling around this place that has a complete different culture and way of life gave me a very uneasy feeling but was also very intriguing, and going there with your friends it was just a whole mess of emotions. Familiarity, clashing with fear in a complete foreign environment. There are so many new impressions during such a short time, things going on everywhere, a lot of the places we visited were extremely chaotic while at the same time very alluring. It was something that at first stemmed some kind of anxiety within me but something I grew to love, was kind of a beautiful chaos."

Brisbane funk purveyor Tyler Touché has been the source of some of Australian electronic's catchiest disco-funk songs and no different is his bouncy new single Neverland. It's a remarkably warm and summery track, with earworming vocals, synth stabs and a funky bassline coming together perfectly for the upbeat and club-ready single. Recorded with European production king Fred Falke, Neverland taps into the sound explored by names like Young Franco in Australia with the radio-friendly slice of electro-pop no doubt going to stir up a storm of the warmer months kicking off right about now.

Young Byron Bay-based producer Ford Miskin is one of Australia's most slept on names in electronica, proving to be a deadly force with singles including Oblivion and the Woodes-featuring The Pier across the past year or so. No stranger to the odd collaborator, Do It Better is Miskin's latest track and arguably it's one of his biggest yet, with the emerging name teaming up with legendary hip-hop force and Kanye collaborator Theophilus London and Melbourne singer-songwriter Samsaruh for the relaxed new single. Do It Better is relatively chilled-out and simplistic, with Samsaruh's inviting vocals layered above a crisp, punching production which is quickly joined by London's relaxed hip-hop flow. Keep an eye on the emerging name as he continues to break boundaries and be one of Australia's most interesting names. 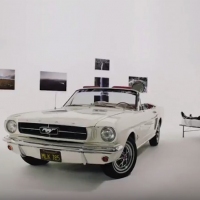 Premiere: Watch the rad new video for Nikö Blank's Do UAnd check out his recent Kid Froopy remix too. 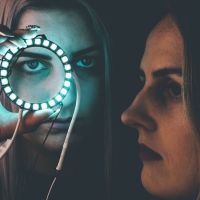 Premiere: Feels tease a new EP with first vocal track, Moon Holiday feat. ZellowPlus it's your last chance to help us get them on Falls Festival Fremantle!
Electronic