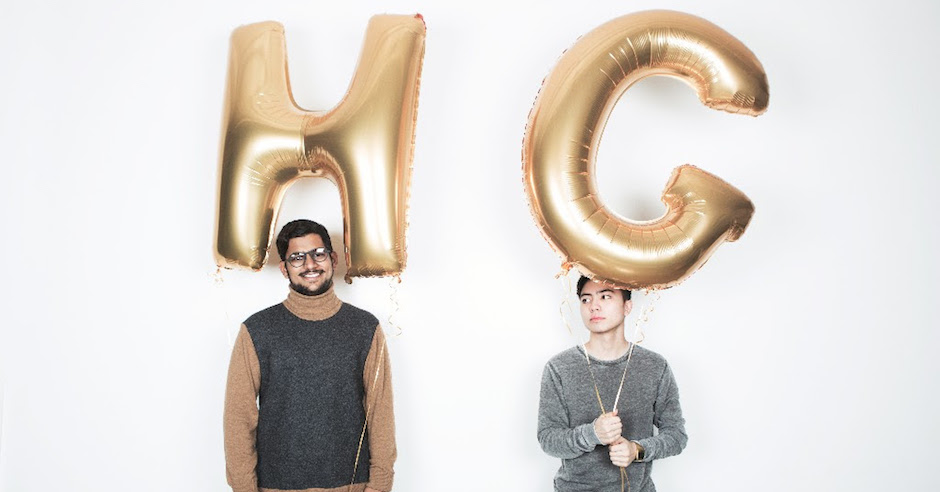 Australia's yet to jump on the Imad Royal hype train, but I think it's about time it happens. Between Troubles, Vagabond and Down For Whatever, Imad Royal's R&B-infused vocal prowess has earnt him a plentiful amount of fans, with the vocalist and producer set to become one of 2016's biggest newcomers. Bad 4 U is Imad Royal's smoothest number to date, again showcasing his soulful falsetto but this time over a light, guitar-saturated production, which switches up at the second verse in favour of a more traditional, hip-hop-influenced beat with crisp percussion claps and light chords. Follow him on Facebook HERE.

Mr Carmack is already an established producer within the electronic scene, and with many people calling Jarreau Vandal "2016's Carmack", it becomes evident why a collaboration between the two has been so sought after. Last week, the two Soulection-affiliated producers teamed up to cover Rihanna's James Joint and the result is as beautiful as expected. After an atmospheric, piano-laden opening, Vandal and Carmack's Rihanna re-do transforms into a soulful ballad, with Vandal's vocal debut giving the track a soft, smooth vibe reminiscent of early Pharrell Williams. The track was recorded whilst the pair were touring in Asia, with both producer's influences coming through remarkably equally, something that's quite impressive when you consider how the two producers both have very obvious, signature sounds. Like Carmack and Vandal on Facebook HERE and HERE.

Since his remix EP with Wave Racer and his collaborations with UV boi (Gods), Dawn Golden (Snow In Newark) and Qrion (Every Square Inch), we haven't heard much from Ryan Hemworth, but you would be wrong in thinking it's because he hasn't been pumping out releases. His new single Burying The Sun follows up from last month's How It Felt, with both tunes seeing Hemsworth return to his former production quality. Burying The Sun is light and tasteful, with samples tripping over each other as the single runs its course. The track has the quality that makes it sound like it's taken straight from a video game's loading screen, maybe something cute like Kirby, with a bubbly, chiming melody that swirls amongst light percussion. Over the past two years Hemsworth has worked with a lot of different sounds, some have worked, some have not, but Burying The Sun is Hemsworth returning to his original production quality and boy, is it good to have him back. Follow Ryan Hemsworth on Facebook HERE.

Continuing with this cute, sugary-sweet sound established with Hemsworth's single above, Pop Non Stop is a stand-out cut from Oh Boy's newest EP Baby Pink, following up from A-grade tracks HD Girl and Call Bby. Combining elements of future-bass and jersey, Pop Non Stop is full of glittery rays of happiness, with each bar of the upbeat single bursting at the seams with joy. It's bubbly jersey-club breakdown, which boasts rapid-firing bass hits with disjointed chords, works with the track's more future-bass-leaning middle drop perfectly, creating a really well-balanced, multi-layered production that sounds clean and simplistic to the regular listener's ear. Follow Oh Boy on Facebook HERE, and check out the rest of the Baby Pink EP HERE.

I'm not the biggest fan of dubstep, so I'll admit I'm not the biggest supporter of Virtual Riot's productions - hence why I was a bit iffy to press play on his new single Flutter. That being said, from the second Flutter begins you know it's not going to be like any of his other productions, with the established dubstep producer choosing to move away from his roots into a more commercial, future-bass sound but damn, it works. Featuring a sultry vocal line from Californian vocalist Madi, Flutter is light, accessible piece of future-bass, maintaining that dark, Virtual Riot sound through its heaving bass line, which is offered a light relief through Madi's vocals and that spiralling synth melody. Follow Virtual Riot on Facebook HERE.

Ending on a house note, Hotel Garuda are an emerging, US-based duo that seriously impressed us with Smoke Signals, their debut single (stream the full thing HERE - because fuck Soundcloud restrictions). This week saw the duo, composed of Manila Killa and Candle Weather, take Kaskade's collaboration with Felix Cartel for a spin, turning Fakin' It into a deep and dark house banger. In Hotel Garuda's re-do, the original vocals (sung by Ofelia K) are met with a pulsating house beat, where throbbing synth chords and a deep bass line combine to give the single a revamped sound that I think matches Ofelia K's vocal line better than the original. It's a seriously impressive remix from the duo, building on the original's harmonies and injecting it with Garuda's signature house twist to really boost it up and take it to the next level, something that a good remix always should do. Follow Hotel Garuda on Facebook HERE and be sure to catch Manila Killa on his upcoming tour with L D R U, dates HERE. 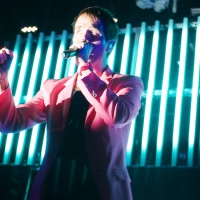 Lights & Music: The Best of Australian BloghouseWe go back to late 2000s with help from Bag Raiders, PNAU and The Presets, plus more. 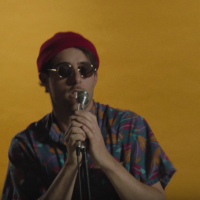 Watch the official video clip for HalfNoise's new single, Know The FeelingPlus check out a few behind the scenes photos.
Electronic