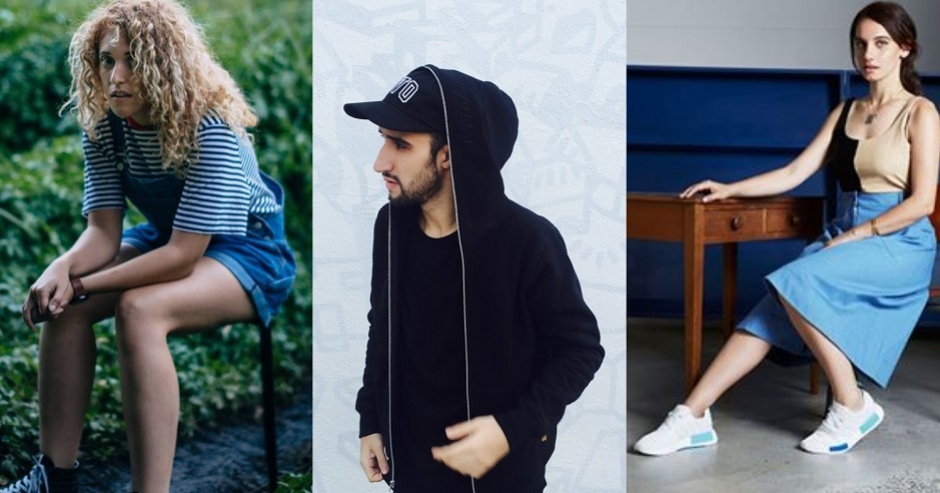 It’s Monday and life is tough – we get it. You’ve just poured your 4th cup of coffee, re-scrolled through your Facebook feed for the third time and you’ve no doubt had a mini-heart attack googling if you’re going to OD from the one too many Nurofens you’ve taken to combat that pounding post-bender come down. Whilst our weekly playlist of moody, chilled-out electronica might’ve felt more comfortable - providing some solid tunes to wallow in your own self-pity to - we decided a change of pace might be better off. By taking some of these gloomy, down-tempo jams and injecting them with a couple of up-beat bangers, we hope this brand spankin’ new Electric Feels column will have you up and back on your feet in no time, but still allowing time to grieve over the weekend just gone.

Opening on a mellow tone, Perth-based singer-songwriter and X Factor participant Sydnee Carter has returned, this time gracing us with a delicate number named Monsters. Pulsating with emotion, Monsters showcases Carter’s soft falsetto, which swirls amongst the track’s guitar-soaked, indie-pop instrumental. The track is the first tease of her forthcoming EP, co-produced by Julian Sudek. Like Sydnee Carter on Facebook HERE.

Shag Planet - Too Many Babes, Too Little Time

Hailing from Melbourne, Shag Planet are an emerging female duo with an upbeat, cosmic sound that dabbles between electro-pop and indie. Released through LBGTQIA+ label LISTEN Records, their new single Too Many Babes, Too Little Time is weird yet oddly enchanting, bringing you in with every 80s-infused synth riff and spitting you out once the track’s three-minute run-time is over. To add to the bizarreness of the track, the track is actually about a young person’s struggles with their sexuality, becoming so overwhelmed by their desire for others that their head explodes, or something like that. Chuck them a like on Facebook HERE.

Boasting production credits on Drake’s most recent album, remixes for ZAYN, Kehlani and The Weeknd and a signing to the effortlessly cool HW&W Recordings, French producer Stwo is well past the ‘up and coming’ phase, with his eyes destined on world domination with his forthcoming EP D.T.S.N.T.. Sporting collaborations with BADBADNOTGOOD, Atu and more, D.T.S.N.T. is shaping up to be an absolute ripper of an EP, especially considering the EP’s new single Out At Night. Featuring vocals by R&B crooner A.CHAL, Out At Night is a smooth and sultry R&B jam, with an infectious, serenading vocal line which pairs perfectly with Stwo’s hip-hop-infused instrumental. A.CHAL’s moody vocal touch perfectly complements the dark synth chords that feature across the track, adding depth to what is otherwise, a pretty simple record. Like Stwo on Facebook HERE and be sure to check him out when supports Kaytranada on his forthcoming Australian tour.

Hier & Lojack- From You

Now is about where we hope to lift you out of those post-weekend blues and get you looking forward to the week ahead, and what better way to do it than a collaboration between Australian producers Lojack and Hier. Released through The South East Grind’s most recent compilation, From You is a delectable slice of future-bass, with soaking synth melodies spiraling above a pulsating bass line and percussion claps. The track is upbeat and joyous, packed with more energy than that fourth cup of coffee for the day. Like Lojack on Facebook HERE, and like Hier on Facebook HERE.

If you’ve heard a ripping brass line in any electronic song within the past year or so, chances are that it’s Brasstracks behind it. The Brooklyn pairing, who combine up-beat, carefree productions with deep brass melodies, have now released the second taste from their upcoming EP, teaming with esteemed producer Lido and vocalist FATHERDUDE for Telling The Truth. Opening with Lido’s signature, fragmented chord and that stylish brass melody, Telling The Truth packs a serious punch in a way most electronic music does not. It’s not a banger by any means (which can definitely be a good thing), but the track pulsates with energy and life like nothing I’ve heard in a while. Whether it is FATHERDUDE’s charming falsetto, Lido’s delicate, background production, or that vivacious brass melody, Telling The Truth is exciting and delightful in the most simple of ways. Give ‘em a like on Facebook HERE.

Definitely one of this year’s most underrated vocalists, DAWN has been a major success story of late and now thanks to Australian power-house Nina Las Vegas, her single Honest has a whole new sound. Nina Las Vegas’ re-do of Honest throbs with love, a love that grows on you with every sharp percussion stab. After a building vocal melody taken from the original, Nina injects an infectious percussion break-down, with a wild, tribal-esque melody that thumps with power. The single comes as she announces an absolutely mammoth LA headline show, accompanied by DJ Sliink, Snappy Jit, T Doyle, C.Z. and Ducky, a producer we featured in our recent club music showcase HERE. Check out the deets via Nina Las Vegas’ Facebook HERE. 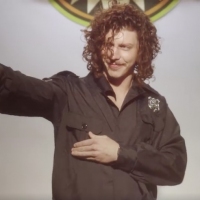 Watch the hilarious, star-studded video for The Meeting Tree's new singleThe self-proclaimed godfathers of ADM pull out the big guns on the video for Life Is Long: Slow Down! 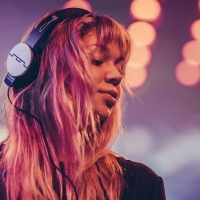