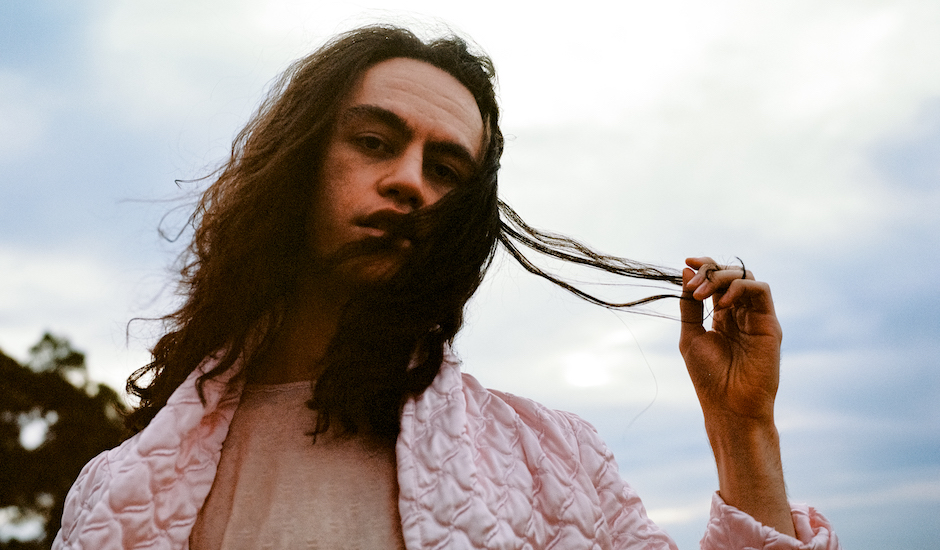 Over the three years, Adelaide's Sione Teumohenga has emerged as one of the country's most daring musicians within our electronic space, with their Lonelyspeck project consistently proving itself to be amongst the country's most creative, experimental and just down-right incredible with every release that has littered their past few years. Whether it be as a keen remixer and collaborator - they've worked closely with names ranging from Anatole and Odette to Golden Vessel and Allday - or in the solo world with Sione in full creative control, Lonelyspeck has continually blown us away - something continuing into 2019 and beyond.

While their 2017 EP Lave introduced us to a musician whose sound moulds together delicateness and flexibility (All My Skin On The Air, their break-out single, is still one of the most beautiful to come out of the country in the past few years), Lonelyspeck's latest record Abyssal Body - arriving last week via Good Manners Records - is an entirely different beast, their growth and evolution as a musician resisting being bound to genre constraints and boxes coming to life across an incredible, six-track release; one constantly teetering on the edge and keeping you on your toes.

Brine - the EP's leading display - is a dizzying uniting of PC pop music and nostalgic punk-rock, combining the worlds of SOPHIE and Arca with that of Paramore and Linkin Park as they unite shimmering synth scales with crunchy instrumentalism (particularly in its latter moments) and this distorted vocal that takes a pop-adjacent hook and distorts it with the haze and grit of those latter comparables that came to define the mid-00s rock revolution. My Angel Goes Before Me meanwhile takes Lonelyspeck's sound and turns it into something more subtle - their dreamy vocal united with a brooding production and playful, glistening synth lines above - while Drown takes it in another different direction, their versatility and range on feature display.

For Lonelyspeck, however, Abyssal Body represents something bigger - a journey of reassurance and empowerment that soundtrack their growth not just as a musician, but as someone full-stop, and the many complexities that can bring: "Growing up detached from familial and cultural ties, alienated by gender expectations, unserved by established cultural narratives, and so without reference points to make sense of these feelings, the only space left to reside is the between," Lonelyspeck says of the EP. "Abyssal Body is a mythologisation of the process of navigating these feelings and finding one’s truth in a liminal space, symbolised as the abyssal realm of the deep ocean, the place furthest between lands and beyond light."

Continuing, Lonelyspeck explains how their sound - a twisted combination of jagged punk and maximalist electronica reminiscent of the PC Music-adjacent era - came to morph into what it is today. "Each song represents a stage in this journey, from moments of despair to mantras of self-reassurance and self-validation, taking place from the past into the indefinite future," they say. "In line with the central theme of creating one’s own space of belonging outside of established narratives, I wanted to freely bring together musical influences from various stages of my life – from the 2000s alternative rock that soundtracked my youth to the futuristic pop inspiring me now – regardless of whether there was a precedent for the sounds it would result in."

Dive into the EP below with a track-by-track EP walkthrough, which sees Lonelyspeck dissect the EP's inner themes and creation one song at a time. Then, catch the Lonelyspeck live show with dates across November, kicking off today at Melbourne Music Week as they play a showcase with Kllo, Baths and LUCIANBLOMKAMP (!).

At the bottom of the ocean, shifting salt deposits and primordial chemicals create underwater lakes known as brine pools. Communities of shellfish and bacteria thrive along the mineral-rich edges of these pools, but any sea life that ventures into the toxic liquid, such as scavengers seeking an easy meal, will be killed instantly and embalmed in the salt. It’s at once an ancient life source and a stagnant, suffocating mire in the remote abyssal depths. In Brine, this setting is introduced as a manifestation of the dissociation that comes from repressing and not knowing oneself. When accustomed to this place, the familiarity can almost be a comfort, and the prospect of either staying or leaving is equally daunting.

My Angel Goes Before Me

This song is a fantastical representation of a dialogue between my future, past and present selves. I like to imagine a big cycle between all my selves from all points in time, where we are all supporting each other through time and keeping each other going. In My Angel, I’m looking to the future self as a sort of idealised guardian angel who leads the way, but the future self is also reminding me that at all stages I will still be human and have rough periods, and that’s okay. My Angel Goes Before Me represents the initial encounter with this guardian, who illuminates a path out of Brine’s abyssal realm.

Seep represents a moment of despair in losing the path ahead and wanting to give up. It’s about believing the bad feelings are inescapable or inherent, which is pretty bleak and fatalistic and not my usual outlook, but I wanted to acknowledge and observe that sometimes I have these feelings and that they’re a part of the journey too.

The refrains in Drown are mantras for trusting myself when I feel held back or discouraged from living my truth and owning myself. Growing up I often felt like I was defined by other people and didn’t have any say over who I am, and this song is about breaking out of those anxieties.

What If You Don’t

I’ve grown up feeling quite disconnected from a lot of my family and heritage, especially my grandparents in Tonga who I have only spent a few days with in my life so far. This song is about the uncertainty that distance imposes, intrusive thoughts of not belonging, being forgotten, unloved. This is probably the most candid song I’ve ever released, which I’m still nervous about, but I felt compelled to write it – not because I believe those thoughts, but similarly to Seep, I wanted to acknowledge that those feelings have been a part of my life and have had an impact on who I am.

Warmth of the Earth

This is the oldest track on the EP; I originally made the instrumental around the time I finished Lave in 2016. I don’t know if it represents the end of the Abyssal Body story, but it’s meant to suggest an arrival on land – becoming ‘grounded’ – after the arduous journey from the bottom of the ocean. 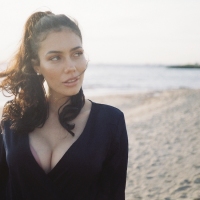 Premiere: Meet ELLE, who today share the clip for their debut, If You're Not The OneThe arrival of the Melbourne duo, armed with their debut single and video, allows us to meet a fresh face to Australian pop. 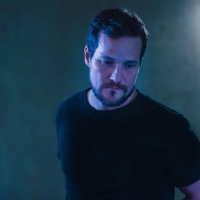 Premiere: Rising producer du0 shares the clip for his latest, Way Back DownAfter first meeting the Brisbane-based musician at the start of this year, we're back with the video for his latest drop.
Electronic