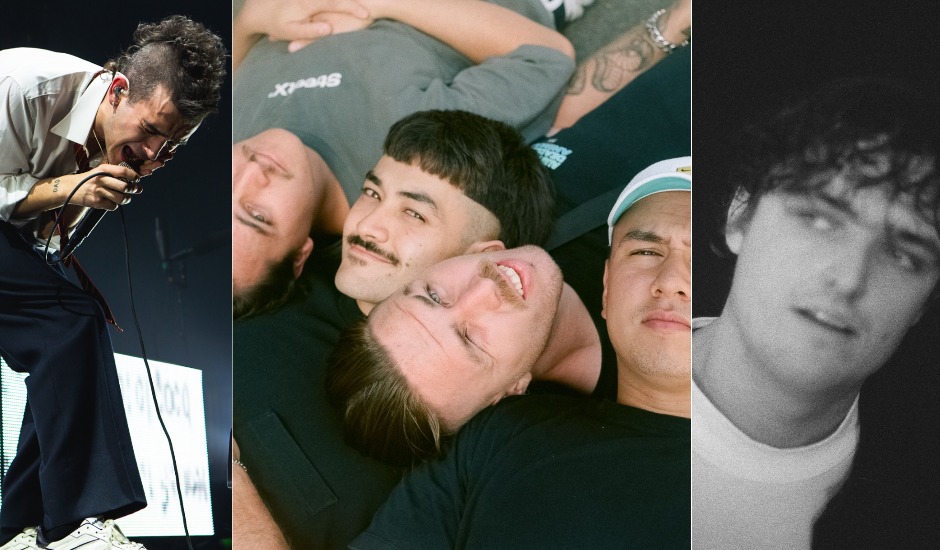 Every week, we're hammered with tonnes of new music from Australia and afar, so much so that at times, it feels a little overwhelming and you're not quite sure where to begin. Every week, we run down this week's must-listen singles and releases, this week featuring names like Triple One, Kllo, Owl Eyes and more. Check out Pilerats' homepage for more brilliant music and news, or subscribe to our Spotify Office Playlist for easy listening.

As a defining name in Australian hip-hop's next generation, Triple One are a group that need near-no introduction in 2020. Over the last twelve months, the Sydney outfit have become consistent with their genre-bending, forward-thinking hip-hop; the melting pool of influences and backgrounds throughout the group's members showing in the way their music brings elements of specific sounds in hip-hop - off-kilter indie-rap, Australian drill, bass-emphasised trap-rap - and intertwines it with voices from outside this umbrella, including Matt Corby on the captivating So Easy.

Their new single Handyman is a cult favourite of Triple One's that showcase this exact versatility. At times, it's bass-centric trap-rap that features the group's core members exchange verses above a whistling beat that's amongst Triple One's most lively and animated yet; jam-packed with playful sampling and percussive rhythms. Occasionally, however, Triple One's ability to move between sounds takes over, and stints of their indie-rock-y side break through, largely in the form of guitar fill-ins and specific songwriting mannerisms. It's a great time, and in 2020, Triple One are on top.

The 1975's new album, Notes On A Conditional Form, is quickly becoming one of the year's most anticipated (and delayed). The album, a companion record to their A Brief Inquiry Into Online Relationships album last year, was originally scheduled for release this month, only to be pushed back - along with all their forthcoming tour dates - in order to allow the group a little more time to finish it off and elevate it to the level it needs to be. That seems to be working, with every taste of the record thus far - People, Frail State Of Mind, Me & You Together Song and The Birthday Party showing the group at their peak, despite each featuring vastly different sounds.

Their new single Jesus Christ 2005 God Bless America, which arrives with an updated album tracklist and release date (May 22, FYI), may be one of the more out-there single titles we've heard from the group, but it has the potential to be one of their best tracks too. Featuring the incredible Phoebe Bridgers, it's a softly-strung indie track that sees The 1975 move into almost-Bon Iver territory; the gentle vocals of frontman Matt Healy at their most rich and honey-sweet as it guides an acoustic instrumental lush with guitar works and swirling keys. Take the time to lose yourself within its four-minutes-thirty duration - it's well worth it.

Willaris. K - GET WITH MY LIGHT feat. Tom Snowdon

Willaris. K has always had a sense of versatility around him, but I don't think anyone expected to see it so early into his career. Once known as a Melbourne go-to for spiralling techno and its relationship with the intricacies and details of artists like Bonobo and Four Tet, he's since blossomed into one of the country's formidable electronic songwriters, with singles such as the Gordi-assisted INDIFFERENT seeing the subtle intricacies of his heavier work fleshed out and emphasised; the track - his first with guest vocals - more a piano-backed ballad than a searing, tech roller.

His new EP LUSTRE, the first of two EPs to arrive in the span of two months, aims to explore these worlds and their connection to one another a little deeper, layering songs like INDIFFERENT with the synthetic, rolling bass lines of songs like DETACH. The EP's best moment, however, comes in the form of GET WITH MY LIGHT, which once again sees Willaris. K experiment with the subtlety of production. Featuring No Mono's Tom Snowdon, it's an indulgently rich slow-burner, placing a twinkling production underneath Snowdon's emotive vocal. It's quite the journey.

In the depths of Australia's electronic world, it's difficult to find an act like Kllo. Their sound-encapsulating debut album, 2017's Backwater, showed how the percussive electronica can fuse with sounds and textures plucked from R&B and pop; the duo's Chloe Kaul moving between the highs and lows carved in the production by her cousin and band member, Simon Lam. Since Backwater, their sound has only become more potent and rich, with singles such as 2018's Potential and last year's Back To You not just being project highlights, but favourite tracks from the entire year.

In 2020, the Melbourne duo are returning to showcase their craft, placing it front and centre with their second album, Maybe We Could. Arriving July 17th, Maybe We Could is an album sure to showcase how far the duo have evolved and grown in the last few years, and singles such as Still Here prove that it's been quite the journey. Still Here feels like it could fit in-between the R&B brilliance of Backwater, but it feels a little grander; the work Kllo have put into honing in on their craft visible through its moving sway and gentle balance.

Owl Eyes has come a long, long way over the years. Her vocal grace has blossomed into an Australian electronic essential, whether it's as a guest collaborator and live vocalist - in the current-day, much of her live presence comes from shows with Flight Facilities, with whom she's collaborated with a few times over the years - or in her own right, with her own work stretching back to the turn of the last decade, but only just becoming more heightened and refocused as we enter the next one.

In the past twelve months, she's reminded us why she's such a go-to within Australian electronic, with singles such as last year's You And I - a disco ball-worthy masterclass in nostalgic disco-funk modernised for the current day - being surprising year-long highlights that well and truly signal Owl Eyes' returning grace, and what she's teasing in the year ahead. Arriving with the announcement of a new EP scheduled for later this year, Tokyo keeps it continuing, featuring Owl Eyes at her newfound best as she continues to mould together the worlds of indie, electronica, pop and R&B. 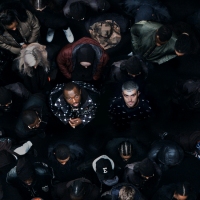 Headie One, a fresh face in UK grime, is using collaboration to climb to the topThe UK rapper's collaborative new mixtape with super-producer Fred again. sees him team up with FKA Twigs, slowthai, Jamie XX and more. 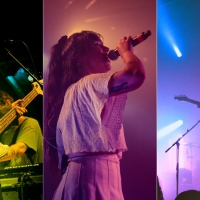