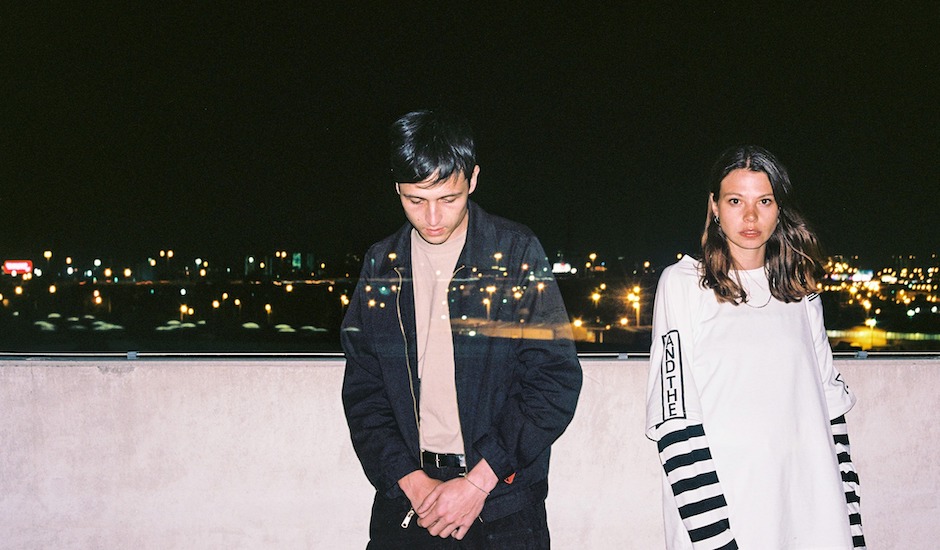 Every week, we're hammered with tonnes of new music from Australia and afar, so much so that at times, it feels a little overwhelming and you're not quite sure where to begin. Every week, we run down this week's must-listen singles and releases, this week featuring names like Kllo, Grimes, Golden Vessel and more. Check out Pilerats' homepage for more brilliant music and news, or subscribe to our Spotify Office Playlist for easy listening.

While songs like their 2016 break-out Bolide felt like an artist really finding their feet, Kllo's debut album, last year's Backwater, felt like an artist in their own line, and in full honesty, I wasn't expecting them to top it. From the twisting, percussive-pop of Virtue to the tender, piano-backed moments like Nylon, Backwater felt like a masterful exploration of Kllo's every aural facet and it was difficult to see where they could go from there, but on their returning single Potential this year, it became more clear. Potential stands as one of the year's best, with Kllo taking on a more R&B-esque sound that combined swelling vocals with thick bass and twinkling melodies underneath that on their new single, Candid, continue to evolve. Candid sees their R&B-infused take on electronica becoming more profound and bolder with each release; the richness of Chloe Kaul's delicate vocal perfectly meeting Simon's percussive production that grows and grows as the single continues, layers of vocal chops and deep synth bursting underneath Kaul's woozy voice. It, along with Potential, shows how Kllo are able to evolve and transform with every release, and with every single topping the last, I'm so, so happy to stand corrected with my thoughts post-Backwater.

Between appearances on Janelle Monáe's near-perfect latest album Dirty Computer and whatever the hell Musk-gate turned out to be, the world has been begging for new work from experimentalist Grimes ever since 2015's Art Angels, and with a new single and the promise of more new music soon, it looks like it may well and truly be on its way. We Appreciate Power is the first taste of what's to come from her in 2019 and in true Grimes style it's a complete transformation from her past work, pushing into this dense, industrial-rock realm of dance-pop that is both commanding and powerful. Opening with screaming guitar melodies and thick, clanging percussive backbone, We Appreciate Power continues Grimes' drive to differentiate herself from the rest of the pack, with her pitched vocals meeting those of good friend and past collaborator HANA as they soar over the single's charging instrumental which is unlike anything we've ever really heard. It's "written from the perspective of a pro–A.I. Girl Group Propaganda machine who use song, dance, sex and fashion to spread goodwill towards Artificial Intelligence," according to the press release, which notes that by "simply by listening to this song, the future General AI overlords will see that you’ve supported their message and be less likely to delete your offspring." Ok Grimes, ok.

Odette - A Place That I Don't Know feat. Gretta Ray

2018 has been a transformative year for Australian music, and amongst the swelling rise of hip-hop through artists like Kwame and Carmouflage Rose, a 'new generation' of predominately female Australian musicians have stepped forward to usher in an exciting new time for Australian music - from Amy Shark and Mallrat on a large, internationally-spanning scale to people including Eves Karydas locally. Odette and Gretta Ray are certainly two artists among this rising tribe, the former's debut album To A Strange ranging from spoken word to clapping soul-pop on a defining debut worth exploring if you're yet to, while the latter, on her second release Here and Now, proved herself to be much more than the singles which defined her early rise. A Place That I Don't Know sees the two rising forces meet for the first time and it's the perfect combination of both their strengths, whether it's Odette's playful and dramarous vocal or Gretta Ray's soft, emotive tone, both of which swirl in amongst each other above a washed-away, brassy (and string-infused) production that allows their respective vocals to  shine as they deserve. "A Place That I Don’t Know is about being hurt and feeling isolated from your own home," says Odette. "I wrote this for me and Gretta to duet because her tone truly conveys the emotion I was trying to reach in this song. It’s about yearning for a love that’s let you down and trying to rebuild from something you didn’t even destroy."

Golden Vessel's ongoing BIGBRIGHT tour is a set full of highlights for the Brisbane electronic musician, whether it's the gentle blend of singles including the Mallrat-featuring Shoulders, a cover of Angus & Julia Stone's Chateau, or the tour's E^ST, Duckwrth and Elkkle-featuring namesake, but surprisingly, it's the set's unreleased moments which arguably shine the best. Teasing his debut album scheduled for release next year, MOONSTONE was among these once-unreleased highlights, and with its Elkkle and Akurei-featuring brilliance now available in full quality, it's hard not to hear why it impressed so much. It's another masterclass of Golden Vessel's romantic electronic sway, with a clunky, percussive beat centred around a chiming melody that meets the softly-sung vocal of Golden Vessel and good friends/regular collaborators Elkkle and Akurei, who on MOONSTONE, feel as silky as ever. Much like BIGBRIGHT, MOONSTONE is a single that shows how Golden Vessel can transform friendships into blossoming guest appearances that not only help his song shine, but elevate his friends in the national limelight too, which is the most god-damn exciting thing ever because Elkkle and Akurei are two people you should definitely be watching.

We've admittedly been a touch slow on Milan Ring, but we're happy to be completely on board now. The rising Sydney multi-instrumentalist is a multi-faceted force (she's a producer, writer, rapper, singer, guitarist, mixing and mastering engineer packaged into one, incredible person) and amongst releases with DRAM and others, her previous single Drifting felt like an artist in their element, combining this unbelievable, SZA-esque swoon with soft melodies and hip-hop percussion that'll pull you in and hold until the single's ending four minutes later, something she's able to do again with her newest and final single for the year, Green Light. Green Light is a touch heavier than her past work, but it shows a sense of versatility and masterful contrast, matching a soulful, R&B vocal with a crushing, bass-fuelled production aided by hip-hop producer BLESSED; her own delicate guitar licks and clanging percussion adding another light touch amongst the single's heavy bass kicks. Like Drifting before it, Green Light is a look-in into an artist that is bound to be one of 2019's most exciting and brilliant, with singles like these proving time and time again that she's a unique name with a ridiculous amount of talent you HAVE to pay attention to. 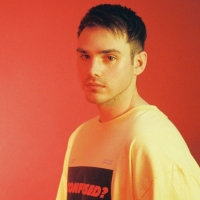 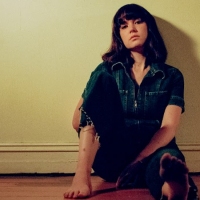