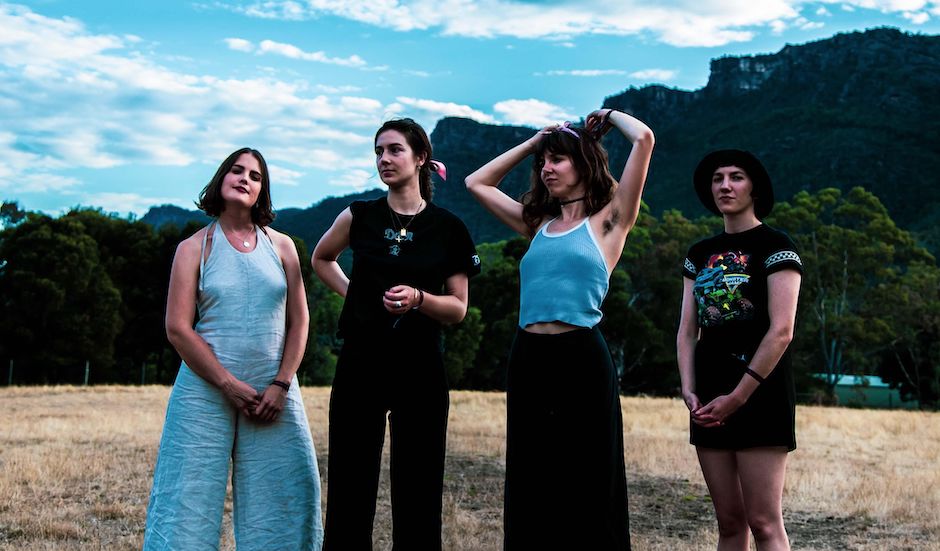 Every week, we're hammered with tonnes of new music from Australia and afar, so much so that at times, it feels a little overwhelming and you're not quite sure where to begin. Every week, we run down this week's must-listen singles and releases, this week featuring names like Body Type, Angie McMahon, Ruby Fields and more. Check out Pilerats' homepage for more brilliant music and news, or subscribe to our Spotify Office Playlist for easy listening.

Over the last three years or so, Body Type have emerged as one of our favourite newcomers within the indie-pop realm, with their consistently on-point lyricism and their versatile, guitar-charged instrumentals holding strong as they've grown and matured as a band. While their debut single Ludlow back in 2016 was one that turned heads, their debut EP - last year's Body Type - was one that solidified their place within our scene, bringing a particular energy and flavour that has really yet to be fleshed out from other musicians, giving them a unique lane to shine. Their latest single Stingray looks ahead at another triumphant year bound for the four-piece, announcing that their forthcoming second EP, the aptly-titled EP2, will arrive via Partisan Records / Inertia Music on May 3, while showcasing what to expect from the five-track release. Stingray is a breezy slice of indie-pop-rock that Body Type have come to champion over the last few years, with Sophie's vocal flowing alongside the single's instrumental which rises, falls and swirls with this playful, light-hearted feel. "This is a song about observing my friends being stuck in relationship ruts and trying to shake them out of it, reminding them of their power to sting and swim away gracefully."

In 2017 was the year we met Angie McMahon, 2018 was the year we fell in love with her. After initially being entranced by her debut single, Slow Mover, the musician has seemingly grown ten-fold in the twelve months since, with a two-peat of brilliant singles - Missing Me and Keeping Time - offering a one-two hit of her sensational songwriting and signature charm. 2019 is set to see Angie dominate, with her biggest year yet on the cards as she moves towards her long-awaited debut album Salt, which will arrive sometime later this year. This week delivered the album's next taste with Pasta, a hypnotic display of Angie McMahon's dazzling songwriting that sees her subtle vocal unite with a matching instrumental, which keeps itself subdued and restricted to allow McMahon's vocal to shine. "I struggle with time management and I can be really mean to myself about it. I got to the tipping point where I let go of the pressure and just did whatever felt good," she says on the single's theme. "The gold star reminds me of being a kid and having encouragement, but the adult version that I’m learning is that you just have to encourage yourself and not wait for other people to do it."

Ruby Fields has come a long, long way. Initially arriving through her two-peat of stand-out early singles, P Plates and I Want, the Sydney musician has seemingly gone from strength to strength over the last few years, building on the momentum of her debut EP – last year's Your Dad's Opinion For Dinner – to break that cult-favourite status with Dinosaurs, a single that really took her to the next phase of her career and push her forwards as perhaps one of our next big names in indie. She offers refreshing, point-blank relatability with every phrase and sentence she sings – something that Dinosaurs really prized itself on. Now, she's continuing her ever-present domination of our indie scene, teasing her forthcoming EP Permanent Hermit with its next bite, Climate. Climate feels a lot more rock-centric than her past work, keeping that signature Ruby Fields lyrical charm but layering it over an instrumental a little more charged when compared with Dinosaurs' tender feel. "It's been a heavy year for myself and the band, hence the release of Dinosaurs," she says on the single. "One of the only things that pulls our heads up is time away, whether it's camping together or going for dinner at a pub, or just talking to each other. It's a happier song and I think we all needed that."

Melbourne musician Eliott is an artist we've really come to champion over the last two years or so, watching her consistently grow and evolve with every release she's put out since her 2017 debut Figure It Out. It's been a really fruitful and rewarding rise too, often uniting rather tender and emotive vocals with softly-strung instrumentals that really draw the emotion out of Eliott's voice – something that's encouraged us to throw her name in the ring when talking about Australia's next big pop names – although more on the Adele-esque course than Ariana. Her debut album, last year's Bold Enough, really encapsulated and fleshed out her sound – go behind the EP's creation and meanings while you're at it – but with her new single Shaking My Hips, she's looking forward. Relinking up with producer Jack Grace, Shaking My Hips is a moment that feels a little more upbeat and Vera Blue-esque, maintaining the emotive backbone of her past work as well as that distinctly mellow and low-key feel, but Shaking My Hips feels like a small bridging step to something a little more triumphant, and really excited to see her go down that path if she eventually does so. In the meantime, however, Shaking My Hips is a brilliant listen that you really shouldn't skip over.

Austen is an artist we've come to love over the last few years, with a 'quality over quantity' approach to releases meaning that while she doesn't seem to linger around for a long amount of time, her releases are always consistent in pushing the boundaries and being the best they can be, something really commendable in the age of streaming. Anthem is her first single for the year – aside from a feature on Dugong Jr's Holding On – and it's a moment that really lives up to its name, bringing together these triumphant, anthemic pop hooks with a dark and menacing production that contrasts it perfectly. It feels like an artist really finding her feet and her own lane, with Anthem's dark, brooding vibe offering something a touch different to acts often compared against her. "Anthem is about how a relationship is mainly just finding someone who’s messed up parts fit well with your own," she says on the single. "Like 'why fight it?' Humans are all so weird and we have to embrace it." 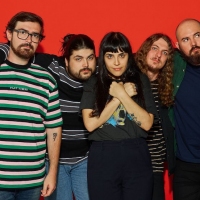 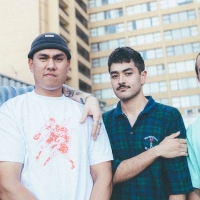