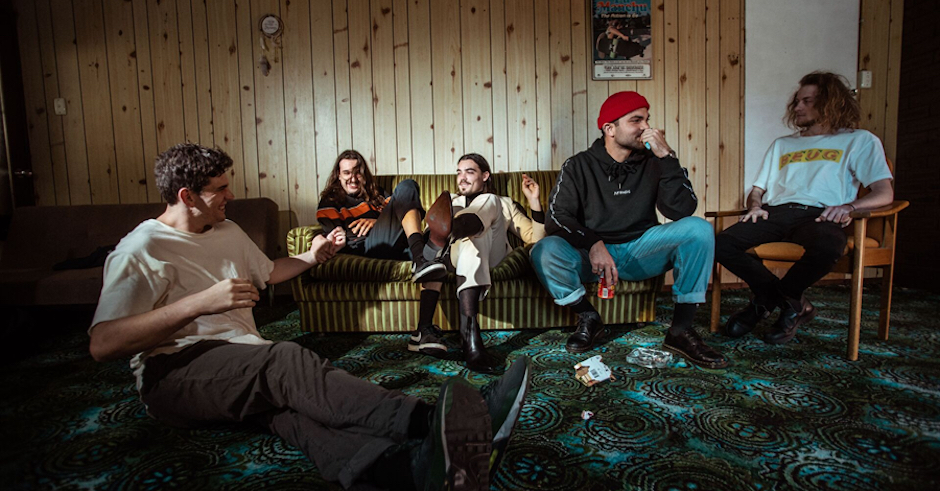 Perth outfit Almond Soy have become real favourites of ours over the last few years, with a solid stream of singles throughout 2017 and into 2018 - capped with the release of their four-track debut EP Social Misfit back last year - positioning them as local favourites amongst a growing indie-rock world back home. In 2019, it seems they're going for a 'quality over quantity' route (not that their work in the past wasn't quality), with only two singles - Apartment and last month's Coat - solidifying their sound and how it moves and warps with every release.

The latter single, for example, is a blazing embrace of indie-pop that takes what the group have become known for - thick instrumentation, rich guitar melodies - and twists with a pop hook that keeps them looking forward, something they're bound to do on their upcoming second EP Under the Wait, out January next year. "Coat is a song that romanticises the idea of change, the feeling of needing to get away from a cloud that surrounds an individuals headspace," says the band's Brandon Stockbridge on the track. Stay tuned for their big year ahead, and a cheeky music video to the clip coming out v-soon.

We've had the real privilege of following Perth producer Tina Says over the years, watching her blossom from a go-to support act amongst the Perth electronic scene to someone needing support acts of her own, with a strong collection of singles - roughly one a year, at the current pace - setting Tina Says up as a real menacing force amongst the Australian club circuit and the bustling house scene that lays within.

Her latest single Elevate is one that solidifies her knack for crafting high-tier house music, keeping the momentum going as she explores the intersection of a range of sounds - house, tech, and beyond - and makes it her own; intertwining thick grooves and spiralling synth with vocal chops that give the track a clever, vocal-intuned edge. It's a great time and one that highlights Tina Says' ability to make house music both crafty and brilliant yet hard-hitting and club-ready; she's a real shining moment of excellence within the Perth electronic scene that never seems to let us down.

Speaking of long-time Perth electronic favourites, last month also saw a strong return from HWLS - who has had one of his most productive release years since the 2017 that defined the project and its experimentalism through collaborations with ShockOne, Akouo and more. Moving between LA and Perth, the producer has worked with everyone from Flume - on the slowthai-assisted High Beams - through to Rome Fortune and beyond, capturing the brilliance of the project and its creativeness as he swerves among genres and sets his sights on thick experimentalism in the process.

His latest single is a hip-hop affair that highlights the talents back home, enlisting Toyotomi and MAX BLACK for a track that veers into the realm of lo-fi local hip-hop; hazy beats and thick bass rhythms uniting amongst slow-gliding vocals from Toyotomi and MAX BLACK that highlight yet another new face to HWLS' discography that seems to constantly expand and richen with every release. It's atmospheric and subtle, yet also heaving with the lushness of HWLS' signature production, showcasing a balance that's kept him a go-to producer after all this time.

After naming her one-to-watch in 2019 last year off the back of just one single (her debut, Never Be), it's been a delight to watch Perth-based producer WYN shine and evolve into the force we knew she could be in the past twelve months. A large part of that comes from her returning single Those Other Things Will Come With Time a few months back, which in addition to being a craftful electronic delight that showcases her skillset in production, also featured her vocal in the limelight for the first time: "I think I feel more stimulated and that there’s a lot more room for me to grow and evolve my sound in the future," she teased with its release.

Dot, her second single of the year and her third all up, is a track that showcases how this room to grow and evolve has led to exactly that, with WYN on track to become one of the state's formidable producers within the next decade. It's a high-tempo moment of experimentalism that takes the limelight away from her vocal and instead into a sprawling, drum 'n' bass production years beyond its creation; glitching with the creativeness that's come to shine from WYN over the years.

MissGenius - I Don't Wanna Be

If you're yet to be acquainted, MissGenius is a rapper amongst the new frontier of Perth's hip-hop scene and the depths of brilliance among it. The indigenous, Kalgoolie-based rapper has cemented her status as an act to watch in the future of Perth's hip-hop scene with a list of singles stretching back to her debut last year, but her latest track I Don't Wanna Be is easily amongst her strongest to date, and with it, welcomes a shining example of the brilliance that keeps us coming back to MissGenius time and time again.

It's a down-tempo track that brings together the worlds of R&B and hip-hop, with MissGenius capable of switching between dazzling, crooning R&B and slightly more up-tempo and fierce hip-hop verses at the drop of a hat; showcasing a versatility that many acts - often way beyond her years - struggle to do in the depths of their career. Keep an eye on the rising force as she's bound to delight in 2020. 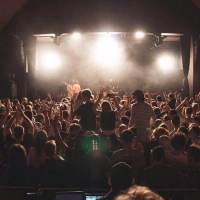 Bootleg Rascal, on the importance of touring beyond east-coast capitalsThe duo's forthcoming Booty Camp: Summer Vacay Tour will take them to a whole heap of regional centres next year. 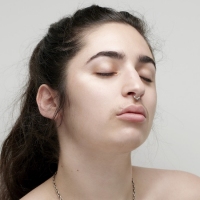