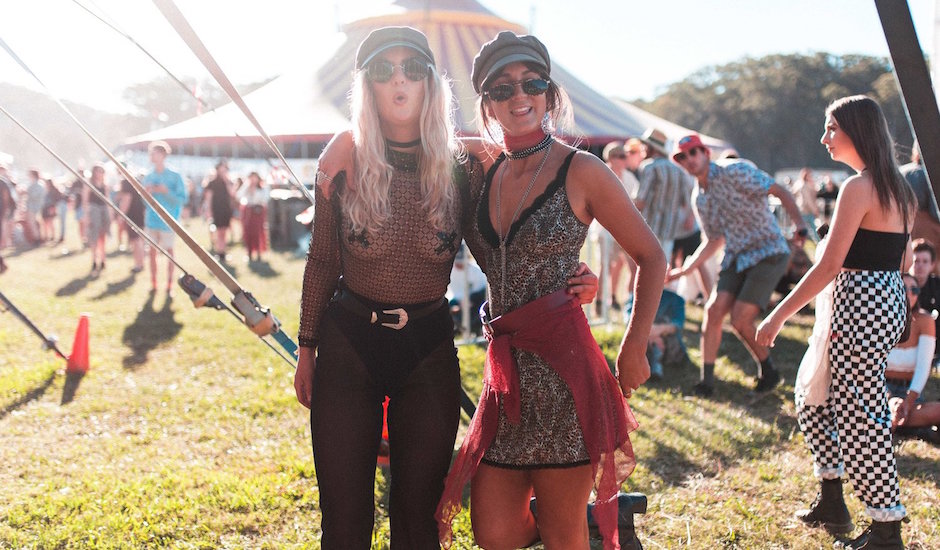 Header photo by Yeahsure. Check out a heap of awesome Splendour photos by them HERE.

Disclaimer: Seen as lot of people don't bother to read these articles just the headlines, I'll make this point first - I'm of course not referring to black face or indian headdresses and things of the cultural appropration ilk.

As I walked into Splendour In The Grass last Friday for the first time ahead of a long, at times very cold, always very good few days, one of the first market stalls I noticed was the GLITORIS one.

Whilst first thinking its name was quite clever indeed (and giving the owners a mental pat on the back), I then noticed a heap of people waiting in line to get glittered up. Some people getting their beards doused in the stuff, some people using it as a replacement for a bra, others just having it smattered all over their face.

And, environmental concerns aside, I thought ‘good for you’. For me personally, fuck having to deal with that all over my person and belongings for the next three days/forever, but if that floats your boat then power to you (and it clearly floated a few peeps' boats over the course of the weekend).

Being offline most of Splendour (S/O Vodafone), it was only upon returning to the real world that it became apparent the whole “glitter tits” thing rubbed a few people up the wrong way. From punters at the festival offended by too much flesh on display for their liking, to the various local rags making it a huge talking point, it was apparently a very big deal to the outside world.

A conversation that also essentially shames everyone who would dare express themselves in such a “salacious” way, and extended to black tape-covered nipples, fishnet tops, exposed underwear... The works.

I heard several punters over the course of the weekend remarking how gross some outfits were, and that if "girls didn’t want the attention they should cover up".

"This is why sexual assaults are happening more at festivals," I heard one bro emphatically remark.

The argument that dressing a certain way encourages abuse in the form of groping, catcalling, or worse is of course, victim blaming.

Why on one hand do we celebrate the dude who gets up on his mate’s shoulders fully naked, and on the other say, "Hey you should put some clothes on or dudes are gonna grope you"?

Shouldn’t the conversation be: "Hey mate, keep your hands to yourself"?

This attitude, combined with the various news outlets tearing people to shreds for leaving little to the imagination just seems so backwards in 2017.

Music festivals are supposed to be a place for people to fly their freak flag (except if you're appropriating another culture, which if this year is anything to go by, seems to fortunately be almost non-existant in 2017) . You don’t have to like it, but if you’re going to music festivals just to hate on people wearing something you don’t agree with, perhaps you need to change your scene.

PS. I do hear faintly in the breeze the incoming argument about Stereosonic’s roundly applauded decision to ask dudes to keep their shirts on at festivals a few years ago.

Or are we talking about making sure people feel safe in an environment like a music festival?

I would propose that a pack of shirtless dudes on steroids marching around a festival site off chops definitely feels a lot less safe than a few glittery boobs, but hey that’s one for the muzzers of days gone by to worry about. 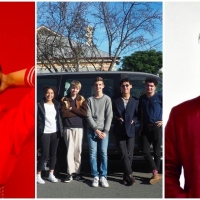 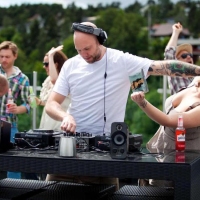 And overly long and kinda silly list of things people do that annoys DJsConsider this a little list of dont's and dont's when getting turnt in the club.
Light & Easy