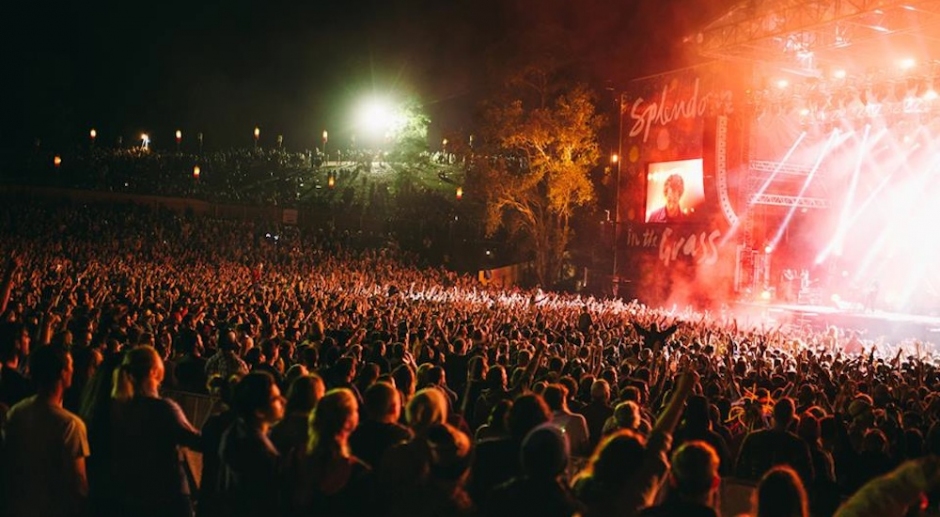 Words by Joel Bevilacqua. Image via Facebook/Splendour In The Grass

The human body can go three weeks without food, three days without water, and three minutes without air, and apparently most young Australians can go four days on nothing but Gatorade, vodka and the occasional upper. That’s right, it’s time to invest in Bondi Sands, because Splendour in the Grass is here.

Children have Christmas, Jews have Hanukkah, Americans have the 4th of July, the elderly may even look forward to the birth of their first grandchild - but in Australia, if you’re aged between 18 and 30, you have Splendour in the Grass. Those four days in the middle of winter are a shining beacon of hope for any young Aussie getting up on a cold shitty morning to go to their shitty job, only to come home and scroll through Instagram whilst watching Master Chef; all the while asking themselves the question: “Is this really all there is to life?”

With the festival just around the corner, what can we expect from this year’s Splendour? Well, if Australians continue their incessant copying of Americans (i.e. electing racist, orange-haired politicians), then one need only look at this year’s Coachella to gauge an idea of what we might see. If this is the case, then we can expect to see more glitter than Mardi Gras, copious amounts of girls dressed as woodland elves in Aviators, a bunch of very white dudes with bandanas over their face, and a lot of fucking people on social media telling you that they’re at Splendour.

While we can only imagine with a sense of dread what Instagram photos will be accompanying the hashtag #splendourbender next weekend, there are a few things we can definitely expect from this year’s festival: That is, Courtney Barnett will have girls sculling tinnies; Boy and Bear will risk inciting a riot if they don’t play Fall At Your Feet; most people under the age of 18 won’t have any idea who The Avalanches are; and Matt Corby is sure to make everone swoon. Who knows, he may even shower for the occasion. Additionally, while organisers have banned the infamous Wicked Vans that sport offensive slogans, they are yet to impose any rules regarding shorts size. Therefore, girls will still be allowed to wear denim shorts that go so far up their arse, they can in fact taste the potato tornado which they just accidentally sat on.

As much as people like myself enjoy poking fun at those who go a bit over-the-top with their outfits, I will in fact be attending next week, and in full honestly I can’t wait to be surrounded by so many people with flowers on their heads that it is as if I’m permanently looking through a Snapchat filter. I was one of the lucky people to get a ticket during the mad online rush and as this year’s Splendour draws closer, I can only feel for the people who missed out. I myself know all too well the pain of FOMO after missing OutKast when they played at Splendour two years ago.

2014 will for me, forever be ‘The year that got away’. Poor finance management on my behalf meant that me getting my hands on a ticket was about as likely as Pauline Hanson marrying someone with the surname ‘Wu’. Anyway, let’s just say I was in a period of my life where $30 could have changed everything.

Despite this, I made it to the 2014 festival, albeit only for the final night. The recent loss of my license (2014 was a tough year for me) meant that I had to enlist the services of a Canadian girl - who was staying with a friend, and also the only person stupid enough and lacking as much responsibility as myself to want to drive from the Sunshine Coast to Byron Bay at 6pm on a Sunday night – to be my driver. Somehow we made it to Byron Bay in one piece, which was surprising because of two reasons: firstly, my car was a reflection of myself at the time, and secondly, as my driver was Canadian she kept forgetting that in Australia we drive on the left hand side of the road; hence she was constantly veering into oncoming traffic whenever we turned a corner.

Nevertheless, we made it there alive, and thanks to us running into two girls leaving the festival – and my very dainty wrists – we were able to slip the wrists bands off and use them to get past security. After a three-hour drive and a full bottle of vodka, we saw one act, Lily Allen, and as good as she was, it was admittedly a poor life decision on my behalf.

In the morning, I woke in a friend’s tent, ridiculously hungover and, as a consequence, desperately thirsty. I unzipped the tent and when I poked my head out of the entrance I was delighted to see a full lemon-lime Gatorade within arms reach. The sun was just rising at the time, and the way it was causing droplets of condensation rolling down the bottle to light up reminded me of something out of a beer commercial. I lunged greedily for the bottle and took a massive gulp and had just taken another large mouthful when a voice above me commanded me to stop. I looked up to see my friend who was staring at me with a shocked look on his face. I quickly spat out what I hadn’t already swallowed of my second mouthful. “Did that taste funny?” he asked, sounding highly concerned. I started to panic, what had I just consumed? Liquid ecstasy? Acid? Mushroom tea? But then my brain registered the liquid; as unfamiliar as the taste was, there was no doubting the smell - and the way my friend was staring at me as if I was a dog that had just eaten its own vomit, was enough to confirm that I had just drunk two very large mouthfuls of urine.

I was later told that – to combat all the partying - the boys had been eating Vitamin B tablets like they were, well...you know, and that was why their piss had become such an alluring fluorescent green. However bad as that experience was, the fact that I missed OutKast - and the reality that I now have to listen to “I can’t believe you missed them” every time the subject is raised - leaves a far more bitter taste in my mouth than even the most dehydrated, three-day-old festival urine ever could.

So, I reiterate my feelings of sympathy to those who won’t be attending this year, whilst also promising to have the best time in your honour. 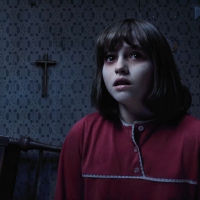 CinePile: The Conjuring 2's Enfield Haunting: Paranormal Hoax or Horror?The Enfield Haunting had its share of skeptics - we delve into the history of the supernatural shiftiness surrounding Ed & Lorraine Warren's investigations. 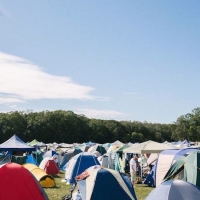 How To Make Camping At Music Festivals Less HeinousA tried-and-tested guide to get you from unhappy camper to amateur adventurer.