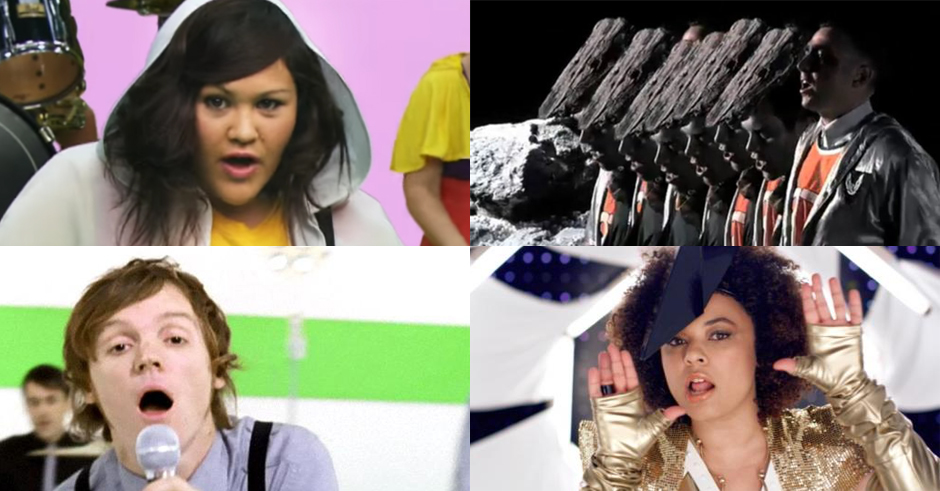 I don't think there's ever been a year as good as 2007. We had Kevin "'07" Rudd representing our country, the first iPhone was invented, basically every living musician played a bunch of shows for environmental awareness (Live Earth), and the most significant deaths were that of Anna Nicole Smith and Robert Cade - the inventor of sports drink/hangover elixir/prime bong-making ingredient Gatorade. It was a lovely time for a lot of people, only made better by one simple fact - music fuckin' ruled in 2007, like seriously.

From the top of the international charts to the bottom lines of our festival line-ups, music objectively kicked ass back in 2017. The highest selling songs of the year included Avril Lavigne's Girlfriend and Rihanna's Umbrella – two songs which are still absolute bangers in 2018 – and beyond that, the ARIA Top 100 Singles only gets better. Gwen Stefani's The Sweet Escape, Fergie's Glamorous, Kanye's Stronger, Nelly Furtado's Say It Right and Alicia Keys' No One are amongst the big sellers for 2007, and if you come across somebody who doesn't list even one of these anthems as a 'guilty pleasure' or as one of the all-time greats of pop music, then I don't think I would trust them with a thing, to be honest. Hell, even the collaboration between Santana and Nickleback's Chad Kroeger, the 27th highest selling single of 2007 and no doubt the worst-looking song on that chart, is still a touch better than the highest selling song of 2017 - Ed Sheeran's Shape Of You.

On the festival front, it's hard to find a year more diverse (genre-wise) and exciting than 2007. Tool and Muse headlined Big Day Out, supported by names including The Killers, Jet, Eskimo Joe, Kasabian, My Chemical Romance (lol), Justice, The Presets, Lily Allen, Diplo, Hot Chip and Lupe Fiasco. Good Vibrations Festival (RIP) was headlined by Snoop Dogg, The Beastie Boys and Jurassic 5, with acts like Sneaky Sound System, Cut Copy and Van She all playing earlier in the day. Laneway Festival's smallest-billed act on their 2007 first announcement was none other than The Temper Trap (with Midnight Juggernaughts just above them), and Falls Festival featured everyone from Groove Armada and Kings Of Leon to Paul Kelly and Gotye. Bassment Jaxx headlined Summadayze (RIP), and on the topic of dead dance festivals, Parklife returned with Justice, M.I.A., MSTRKRFT, and even Icecream maker Muscles. Even Daft bloody Punk headlined an Australian festival tour in 2007 (with the best line-up of all time, obviously), in what's probably going to be their only Australian performance this millennium as far as we're concerned. 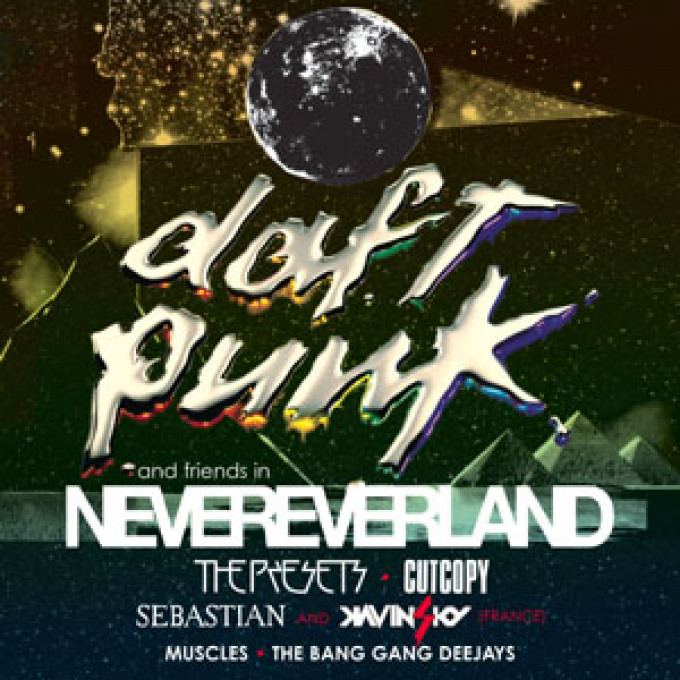 Let's be clear on one thing though. While our festival line-ups were thick with goodness and our charts ruled by international powerhouses that just haven't entirely been the same since, Australian music was at an all-time peak in 2007. No matter whether it was pop, rock or dance, it's a stretch to find one Australian song released in 2007 that didn't bang. The highest selling Australian single of 2007 came in the form of Silverchair's Straight Lines, which I still have CD somewhere in my parents' garage along with a copy of Lee Harding's Wasabi and The Black Eyed Peas' Monkey Business. Delta Goodrem's In This Life was right up there too, as was Thirsty Merc's 20 Good Reasons - a song still thrashed by nostalgic bogans 11 years later. Add in Sneaky Sound System's perfect trio of UFO, Pictures and Goodbye to the mix plus that iconic opening bang of strings in The Veronica's Untouched, and you pretty much have a whole episode of Video Hits on your hands.

On the indie/indie-rock music side of things, it's hard to look past one particular song which still stands out 11 years later. "I'm going away to be alone, I'm coming back with answers" exclaims Faker frontman Nathan Hudson as he opens This Heart Attack, the group's massive, platinum-reaching single. This Heart Attack is a song that hasn't left our memories since, and as someone who still rinses it present-day, there's something just so brilliant about the track that makes it still hold strong in 2018 – it's sort-of like the Mr Brightside of Australian rock music. Since, the band has basically done nothing as impactful, with their 2011 LP Get Loved the last thing they released until they bit the bullet and called it a day back in 2013.

While not as earworming as their 2009 break-out into commercialism Broken Leg, Bluejuice's Vitriol is another 2007 classic that still packs a punch in 2018. There was also John Butler at his arguable peak with the upbeat and anthemic Better Than, Silverchair's never-ending onslaught of singles that saw them come runner-up in the Hottest 100 (and feature twice more), Powderfinger's Lost And Running and Gyroscope's alt-emo anthem Snakeskin. Add tracks by Kisschasy (who called it quits in 2015, RIP), British India, Karnivool, Birds Of Tokyo, Grinspoon and bloody Wolfmother (remember when they were like, Tame Impala sized? Yeah, let's keep that buried somewhere deep and pretend it never happened) to the list, and you have a solid few hours of 2007 tracks that all sound like something your 30-something-year-old brother/trendy dad/drunk uncle would belt out after a couple too many beers.

Finally, it would be rude to not talk about ARIA winning teenage pop outfit Operator Please, who blessed our 2007 with Just A Song About Ping Pong. Over four years and two albums, Operator Please did everything they could to follow up their quick-fired banger about knowing beef jerky's aftertaste and cheating at ping pong, and although they didn't quite ever reach that peak in popularity ever again, they were labelled "the next big thing" by Perez Hilton which probably meant something back in 2007. They also played basically every festival to ever exist in Australia in a four year period from 2007 to 2011 – a feat Dune Rats are now trying to pull off a decade later.

While we were busy singing songs about straight lines and ping pong, our electronic market was putting out music that remains untouchable 11 years later. There was Muscles, convincing us that dairy treats could save the day with his hit Icecream (fun fact: Muscles released two albums in 2017). There was The Presets, finding fame with My People – a single written about the refugee crisis at the time which remains just as relevant today in both message and sound (another fun fact: in an interview with Billboard, The Black Eyed Peas' Will.I.Am said that My People was one of the biggest influences of their album The E.N.D., which would later become their most successful/profitable release ever – hope Kim and Julian got a nice little cut of it). Architecture In Helsinki were slowing things down for their single Heart It Races, which would provide the platform for their 2011 tune-and-a-half Contact High which honestly could get a whole dedicated article on its own. Cut Copy had their Hearts On Fire; Midnight Juggernauts were taking a trip Into The Galaxy; PNAU were going on about Wild Strawberries – you get the idea. 2007 was huge.

Ignoring the international domination of acts like Justice and Daft Punk that was happening at roughly the same time, Australia's electronic scene were laying down tracks that haven't aged a bit. While Muscles may be doing... whatever he's doing right now..., The Presets are gearing up for the release of their new album HI-VIZ with 14U+14ME – which is basically My People but in 2018 instead of 2007, Cut Copy released an absolutely killer album last year called Haiku From Zero, and PNAU – well, we all know what PNAU have been up to. And while Midnight Juggernauts and Architecture In Helsinki have been relatively quiet for a few years now, it's hard to argue their legacy in Australia. I mean, try to find one person who doesn't yell (or mentally yell) "TUUUUUNEEEEE" when Contact High randomly pops on shuffle – it still bangs.

Anyway, with nostalgia in the air and My People no doubt now stuck in your head, let's have a toast to the bangers of 2007. As Fall Out Boy so perfectly put in their vowel-hating 2007 chart-topper – Thnks Fr Th Mmrs 2007, or something like that.

Also, so you don't ask us because we know damn well that it's coming – here's a playlist full of the biggest Australian tunes of 2007. Give it a spin and let your mind go back to a time where Malcolm Turnbull wasn't PM and Ed Sheeran's Divide wasn't, for some reason, still #2 on the ARIA charts despite it coming out what feels like five years ago. You deserve it. 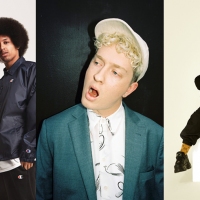 This week's must-listen singles: Remi, No Mono, Billie Eilish + moreAlso, new music from Matthew Young, Odette and plenty of others, 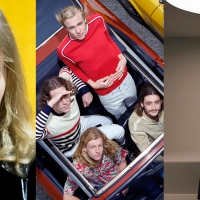