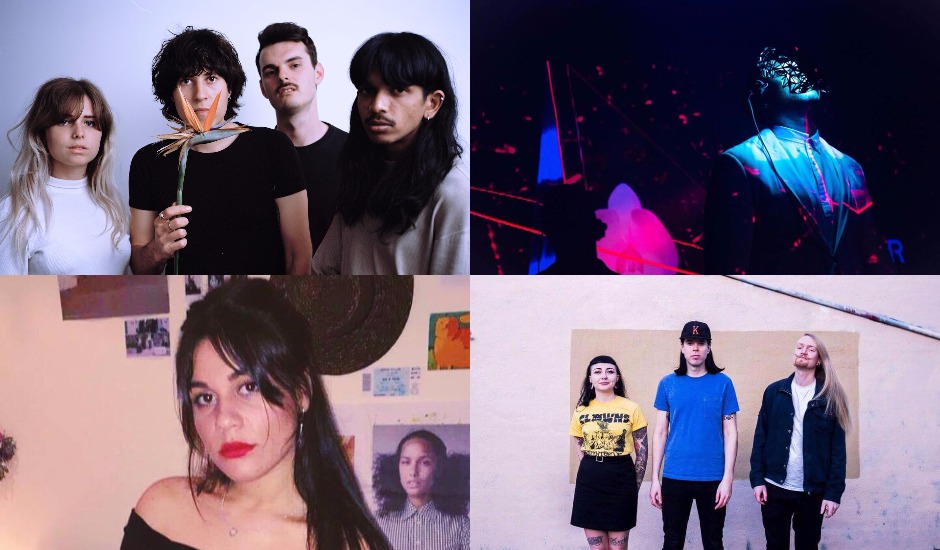 Highlighting emerging Australian acts is something we pride ourselves on doing, giving a platform for artists who otherwise, might not break out and get the attention they deserve. In addition to our weekly Electric Feels playlist, which covers the more electronic side of things, and the montly Digging For Diamonds, which aims to cover exciting young Aussie acts, we can also add Rare Finds with guest writer Rob Carroll. Entitled Robbo's Rare Finds, this column aims to highlight even more of Australia's most exciting emerging names, chosen by a bloke who fronts up one of the country's coolest young agencies (and also throws some damn good parties, the latest of which have just BEEN ANNOUNCED). Check out this month's picks below:

Much like Third Floor’s previous cut ‘Oceans’ (which we covered back in August), Lost In You is a deep slow-burning slice of funk-laden electronica, glimmering with infectious disco grooves, and paired with the lush and sensual vocal melodies of Boswell. It’s beautifully composed, structured and meticulously penned. “The intense, exciting and apprehensive emotions about falling in love with another at such a rapid rate. Despite our instinctual self-protective measures to hide our feelings, internally we are exhilarated. There is however, an internal conflict of keeping those feelings to ourselves, or being vulnerable and laying them all on the line,” says Third Floor.

The track is part of a new series titled Dream Funk Vol.1, which will see a new track added to the series each time the three artists collaborate. A follow up release is reported to be scheduled for release early 2018. Deep, intimate and incredibly well-crafted. Bravo lads!

Househats, where the bloody hell did you come from? Geographically, Melbourne it seems (although one of the lads appears to be from Norway). Regardless of their origins, their debut track All Together is a warm and inviting introduction for their Australiana-inspired post-punk and garage-rock. Meshed with raw, gritty, jangly guitars, fuzzed-out bass, steady drums, and the poetic croons of front man Fredrik Fostvedt – All Together falls perfectly together into place. Aside from its beautifully captured lo-fi tones, its simplicity is its charm. Stacked with insanely fun vibes and catchy sing-longs, even the most inebriated punter who hasn’t heard the track would be able to pick it up stat. Therefore, I’m crowning this as my go-to house party anthem for this summer.

Another new artist on the scene is Sydney-based indie-pop songstress, Eleanor Jacks, who has recently gifted the world with her second offering Crazy. At only 19 years old, Jacks composes well beyond her years, melding acoustic and electronic instrumentation with precision. Crazy also boasts stunning vocal arrangements, which at times are cabaret-esque in nature. I’d usually despise such an element in contemporary indie-pop, however the approach here is incredibly tasteful and works well. What is also impressive, is that Crazy shines a light on Jacks’ song writing depth and versatility, whilst still remaining cohesive with her lush debut single Run N Hide. It’s rare for an independent artist to come out of the gate so strongly, and know exactly who they are and where to and not to push the boundaries.

If you’re a fan Florence & The Machine or London Grammar, then get on board with Eleanor Jacks – an incredible talent who will no doubt go onto achieve great things - sophisticated pop, with enough edge to keep me teetering that way on my seat.

Betty & Oswald - Figure It Out

It’s always a pleasure hearing the dreamy psych-pop of Sydney-based indie sweethearts Betty & Oswald, and the sentiment couldn’t be more accurate on their latest hypnotic single Figure It Out. The new track was recorded by Burke Reid (The Drones, Courtney Barnett) on the NSW Central Coast at The Grove. The studio is set against the backdrop of Mangrove Mountain; an incredibly picturesque setting, which’s tranquillity has been captured sonically. Sweeping with the gorgeous and endearing melodies of Claudia Schmidt and Pete Sotiropoulous, Figure It Out is immediately reminiscent of Fleetwood Mac, but to Betty & Oswald’s credit, they bring a completely modern spin and make the sound their own.

If Figure It Out is anything like the remainder of their forthcoming EP – we’re all in in for a real treat. 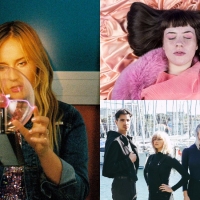 Some Hot Tips For A 10/10 Melbourne Music WeekIt all kicks off next Friday 17 November until November 25. 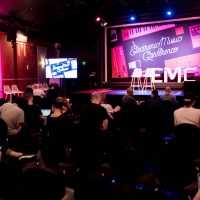 Six take-home messages from the 2017 Electronic Music ConferenceThere was plenty to chew on at EMC 2017.
Light & Easy