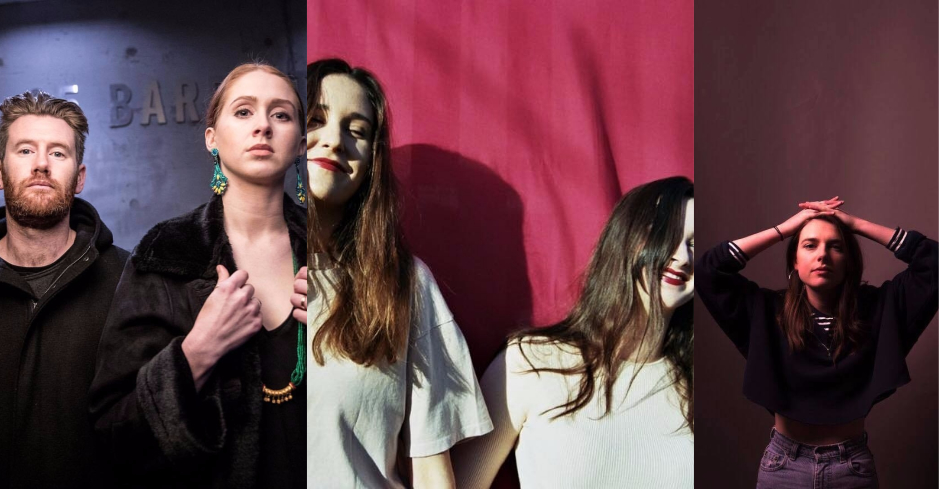 Sydney electronic duo Left. continually prove their worth to Australia’s music scene with their vibrant and joyous productions, most notably, the empowering No Way a year or so back. Stay is their latest single and as expected it’s another upbeat and joyful track, combining refreshing vocals with a clapping, percussive production that feels remarkably warm and summery. It’s taken from their forthcoming EP STAY/GO, which is sure to be an absolute treat when it drops on November 7th. - Hayden Davies

Making her mark as one of Future Classic’s more recent signees, Sydney musician Exhibitionist has followed up her brilliant break-out single Hands (and its accompanying Willaris K remix) with another great single titled Motionless. Combining swelling synths, deep kicks of bass and twinkling percussion with her soothing vocals, Motionless sounds like something really reminiscent of Australian festival favourites Little Dragon. It pulses with this relaxed, yet upbeat indie-electronica sound, with her delicate vocals adding a touch of R&B to the genre-bending mix. - Hayden Davies

After being named at the start of this year as one of our top electronic artists to watch in 2017, Vincent Sole hasn’t let us down. Towards the start of this year he charmed us with an R&B-leaning new single in Deep End, and after spending a couple of months off writing, he’s struck gold again with his latest track New Vibes. It’s another house-infused R&B belter, with Sole’s captivating vocals stirring above a dense clicking production full of flavour and energy. He was announced as one of the finalists of triple j’s Homemade Dynamite remix competition, and although he didn’t quite take it out, it goes to show the trajectory the young Australian dynamite is capable of as he continues to charm us. - Hayden Davies

In her first move since winning the Josh Pyke Partnership for 2017, Melbournian songstress Angie McMahon has debuted with a rousing, heartachingly beautiful number titled Slow Mover. The song sits neatly amongst a catalogue of other folk-rock darlings, with McMahon evoking a similar feeling to the likes of Gretta Ray and Julia Jacklin. Slow Mover still manages to hold its own though, capturing moments of clarity in a relationship that’s gradually outgrowing the couple themselves. Simultaneously sad yet empowering, this sophisticated debut leads us to believe 2018 is going to be a standout year for this bright star. - Debbie Carr

On first listen of their latest quirky slice Bubblegum Lover, it’s clear Melbourne-based duo Peachnoise are anything but stagnant. Their breed of jittering, jazz-infused pop paints a charismatic picture at the best of times, which is now home to the Grease-esque story of the ‘Peach Girls’ and ‘Noise Boys.’ The story begins with Gina Somfleth’s soaring vocals and a regal brass ensemble pushing that adolescent-style nervous crush energy to the forefront, as she sings of jukeboxes, milkshakes and leather-clad boys. Bubblegum Lover also has its moments of trying to play it cool, when producer Fagan Wilcox’s smooth stylings kick in. There’s a little bit of something for everyone in this colourful number, and if the thought of a Grease and Kimbra mashup gets your heart beating faster, then Peachnoise’s retro-inspired music video is definitely worth your time. - Debbie Carr

In a sea full of cookie-cutter bands, Sports Bra dare to be different. The four-piece collective from Sydney already have a wealth of knowledge stemming from their previous outfits HANNAHBAND and Skin Prison, which translates into the raw, lo-fi gems that come under Sports Bra. Since forming in the Winter of this year, the group have produced conversational tales of everyday life in a way that sits a little left of punk but a little right of indie pop. They speak of self-love and acceptance (and all the tribulations that come with that, of course) with important socio-political undertones. Try Harder is just one piece of the puzzle, complete with uplifting battle-cry "try harder, be the best version of yourself." It’s a soft number with rolling chords and washed out vocals that amplify the quiet strength of a band letting us glimpse into the lives of trans women – even just for a few minutes. Sports Bra’s talents lie in how these four women have dared to bare their souls in a way so vulnerable and honest that it becomes instantly relatable no matter who you are or where you’re from. - Debbie Carr

Following an incredible year so far which has included shows in U.S, showcases at Canadian Music Week, and having just been announced as part of next year's Australian contingent for the prestigious SXSW festival, it appears Bad Pony cannot put a foot wrong. Backing up their big and brazen song Deficiency, the Sydney band have unleashed a cracking new track titled Half Blood. Accompanied by a clip, Half Blood dons some crisp vocal work from vocalist and drummer Jarred Young, guitars that shift from zingy to heavy grit and resounding drums. Heavy with a hint of flair, just imagine this: if Two Door Cinema Club, Royal Blood and Phoenix had a love child, Bad Pony’s Half Blood is what would become of it. - Harrison Kefford

Having previously dazzled with numbers including Dust & Gold, PTY LTD and Mineral, Brisbane duo OKBADLANDS released their highly anticipated debut EP Tiny Measures this month and it’s well worth the hype. Having shone an incredible amount of praise on the girls throughout the year, Tiny Measures withholds two fresh tunes as well as the three previously released singles Dust & Gold, PTY LTD and Mineral. It was a dead even split to pick one of the two new tracks, with Where You Go perhaps just edging in front. With its simple drum pattern, slow-burning guitars and harmonious vocal work by Gurren and Latter, Where You Go is a scintillating alluring dream. - Harrison Kefford

Dalli – Who Are You

Beautiful yet charged with emotion, Brisbane native Dalli has charmed his way into selections this month with his huge number Who Are You. From it's driving electronic elements, pounding drums, beautiful guitar riff and the haunting vocal work, Who Are You solidifies everything that is great about triple j’s Unearthed platform. Channeling a break-up and passing on big opportunities, Dalli’s Who Are You is masterful in delivering bold emotion fueled indie surrounded by a real sense of delicacy. If you need a fix of someone that mirrors the likes of Jarryd James, Dalli is your guy. - Harrison Kefford

With the end of 2017 approaching, if I’m tabling one act to look out for next year then it’s 19-year-old singer/songwriter Eleanor Jacks. Sure, I’m making a case off the back of one song, but hit play on Run N Hide and you’ll see and hear why. Having received a ton of praise from triple j and also copping a heap love from community radio, Run N Hide nothing short of being anthemic. From its jazzy piano lead build to the pulsating synth to being hit by its huge chorus’, Run N Hide is a smack-out-of-the-park home run. With a vocal full of texture and tone, Jacks certainly deserves more than this (pun intended), and we don’t see why she won’t get it. Infectious, powerful and one of the finds of the month, what a debut from the young Sydney-sider. - Harrison Kefford 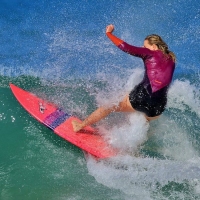 Feels' Guide To Spending Quality Time In The Green Room AKA Sick BarrelsIt turns out our Falls Fremantle Foster Band don't mind getting pitted on the odd occasion. 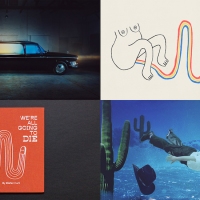 An Interview With The Brains Behind We're All Going To Die FestivalHitting Sydney November 17, featuring artists, filmmakers, speakers, creators and more.
Light & Easy