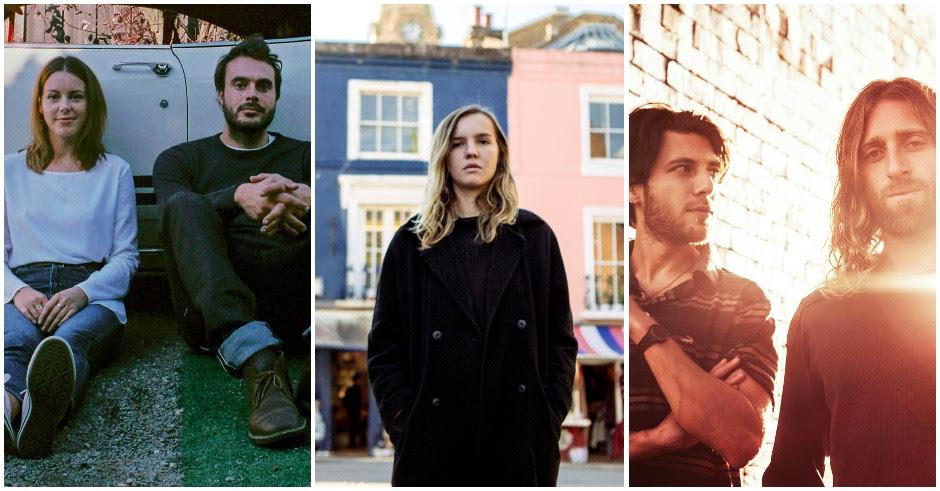 nyck - The Summer Inside

Their debut Decisions in late last year turned heads, but it’s the debut EP Alive which dropped earlier this month that has solidified the Melbourne duo’s status as one’s to watch. Having also already previewed the cuts Speak My Mind and This Might Be My Year, it’s the EP’s closer The Summer Inside that I’ve taken a liking too. From the track opening with a conversation between Nick Acquroff (one of half of nyck) and another figure who I assume is his grandmother, to the combination of the soft, nurturing vocal work by nyck’s other half in Dom Garrad, backed by that beautiful piano piece. The Summer Inside may not be the EP’s biggest drawcard, but it certainly shines.

It’s time to take a trip back the ‘80s. Cruising at 70mph on a warm summer's night, with the radio pumping in your Corvette. Best Case Life is your soundtrack. It’s a retro-throwback that pumps emotion into the crazed synth generation. Gemini Rising is a new project that consists of three members, Fiora Cutler, Lester Mendez and Marco Niemerski (also known as Tensnake). Releasing their self-titled debut EP on June 9, Best Case Life is by far the best of the EP’s four cuts. The track is an infectious piece of simple synth pop, yet it also emits a tonne of fresh feeling.

Hailing from Sydney, Australia, BLESSED has shared one incredibly infectious anthem, that channels all things alternative and tendencies of rock. Taken straight from his debut EP Love Letters, he first turned heads upon sharing Sorrows and Insanity over a year ago, but it’s this catchy guitar ballad that barks commercial play. For fans of Mind Of Genius outfit THEY., this guy packs the same unique punch.

Plucked straight from their debut EP This Is What You Get, the Melbourne duo’s take on “blues inspired rock” has all the same feeling of something from a duo that is arguably the best in the business, Royal Blood. Perhaps lacking a little less polish, none the less HPKNS are a prime example of the many wonders that triple j’s Unearthed has hiding. SideStepper is one of the EP’s four cuts, and boy is a beauty. If you after more from the duo, then look no further than the EP’s opener in Dance With The Devil.

Amber Coffman - Under The Sun

The former Dirty Projectors member has finally shared her long-awaited debut, City Of No Reply. Taken straight from the album, Under The Sun finally sees Coffman take centre stage. Backed by a simple drum loop and an eclectic guitar riff, even though most of the City Of No Reply touches upon breakups, relationship and self-discovery, Under The Sun is a delight to listen to and Amber’s vocal work is mesmerising.

Making it three from three, The Japanese House has hit it out the park again with yet another cut from her forthcoming record. It’s indie music for the summer time, drenched in feeling and emotion. Not for the sad and dreary though, Amber Bain’s project has been sending the world of music blogs crazy since way before her first big hit in Face Like Thunder. But, it’s perhaps her work this year, of which 3/3 is included, that truly showcases a lot of growth and development in her sound. There have been many great songs this month, but even though 3/3 is mere days old, it’s truly a hidden gem.

The Preatures - Your Fan

Honesty is important in music, so I’m going to be straight with you - long have The Preatures been on my radar. They are a band that I’ve tossed and turned over, longing for that one song to that pulls me on board. In saying so, it may finally have occurred. They may have just done it. Perhaps with something a little less sombre than their hits Is This How You Feel? and It Gets Better, another cut from their forthcoming record Girlhood, Your Fan is polarising from the second you hit play. From frontwoman Isabella’s incredible work to the beautiful piece she plays on the keys. I may have exaggerated a little bit about being completely on board, but the Sydney outfit has indeed finally grabbed my attention.

Last Friday the Australian indie folk band released their third record titled Punchbuzz, and it’s stacked. If you’re yet to actually delve into it, then let this be a little enticer. Picking from the records ten tracks was no easy task, but I just can’t go past the incredibly infectious Shark Fin. Combining a simple drum loop, Husky Gawenda’s vocal and summery guitar work, Shark Fin is one of the catchiest pieces of alternative music the year has heard thus far. 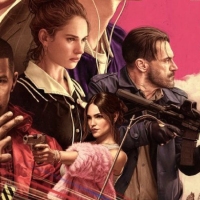 Edgar Wright's new movie Baby Driver is out soon and more of you need to be excited about itIt's like a classy version of Fast & Furious.

The Bell Tower Times Guide To Attracting the Opposite SexSome hot tips for you to get some hot action in the cold winter months.
Light & Easy