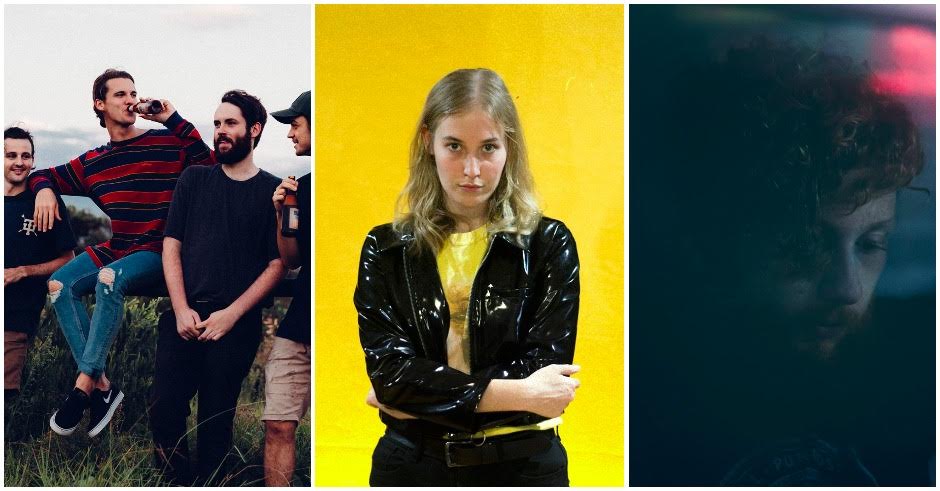 Freo four-piece San Cisco are back with their third studio album The Water and boy, does it pack a punch. Having already wrapped our ears around the likes of SloMo and Hey, Did I Do You Wrong?, it’s cuts like the record’s title-track and the groovy Make Me Electrify that really throw this album up as one of the best Australian indie releases of the year (thus far). With simple lyrics and some killer bass, it’s hard to imagine this not being a new live favourite for fans of San Cisco.

Following the success of their single The Meadows (the first cut from their forthcoming debut EP), Sydney indie-rockers Dear Seattle are back with a follow-up that’s possibly (almost definitely) their best piece of work yet. I’m not the only one that agrees either - mere days following its release, the EP’s second cut Afterthought has just been added to full rotation on triple J. Citing the likes of Violent Soho, The Smith Street Band and Luca Brasi as influences, the Northern Beaches four-piece are not just another ‘stereotypical Australian indie-rock band’. Sure they may love a beer or two (more like maybe three or four), but if both The Meadows and Afterthought are anything to go by, then their debut EP is sounding like some of the most exciting new indie rock the country has birthed in the past year or two.

Having only just been brought to my attention, JIL and their track Pink should have been in the first edition of Digging For Diamonds as it was released in mid-April. But, sometimes we miss things and hey that’s what friends are for, so shout out to my friend that linked me this incredible track (If you’re reading this you know who you are!). From guitar action that oozes the early ‘80s and a funky back-beat, Pink is an electronic trip from NYC act JIL. Rather mysterious, if we are drawing comparisons from sound alone, James Blake immediately springs to mind. If you enjoyed Pink, you may also enjoy another of the three tracks JIL released last year, titled Imfat.

Straight up, I don’t know a single person that doesn’t respect or enjoy what L.A outfit Hundred Waters do. In terms of how they experiment with sound, you could make an argument that they are one of most forward-thinking acts in the world. When it comes to their just-released new EP Currency - out via OWSLA (whose label don Sonny Moore a.k.a Skrillex also worked his magic on the EP) in the US and Inertia/Pod in Australia - Particle was great, but of the five tracks across the body of work, it’s the EP’s title track that does the most work.

Following the incredible amount of success of the mixtapes first preview in One Summer, the Melbourne producer’s debut Reimagining Miyazaki has finally landed and yep, it’s everything and possibly loads more than we expected. There is a lot to like across the course of the mixtape’s 11 reimaginations, but it’s stereonoke, in which Ghosting has taken the beautifully minimalist sounds that shaped one of one Studio Ghibli’s most famous and cherished films Princess Mononoke and added a tonne of grunt that really highlights his vision for the project. From the dark and trippy back-beat to the highlighted use of the soundtracks horns and trumpets, sure the original soundtracks amongst the array of Ghibli films standalone. But, Ghosting’s take just may pump some new flavour into them.

Don’t @ me - I know you’ve checked out Harry’s debut album and I know there are parts of it that you enjoy. Ahhh yes, one of the years most sought after pop records has landed and boy has it seen some coverage. So much so you’ve probably questioned just why on earth we’ve featured a track here? Well, it’s quite simple really. We know a heap of you have completely ignored this release due to Harry Styles’ attached 'boy-band stigma', but we are here to tell you that you’re a damn fool for doing so.

Aside from the fact that it’s a pretty solid debut album, one of the nation’s top music writers Cameron Adam’s thoughts on Styles’ debut are spot on, "if he hadn’t come from the biggest boy band in the world there’d be indie lovers frothing over this". Again, don’t @ me, as upon digging further you too will realise there is so much truth behind that statement. Of the self-titled album’s 10 tracks, if we are excluding its first preview in Sign Of The Times. It’s track number 4, the “I think it’s pretty self-explanatory, right?” apparent Taylor Swift number Two Ghosts, that has won me over. If the songs origin story is true, then you’ll find I have a greater appreciation for it (I’m a sucker for songs with heart). But, it’s the Mayer-esque guitar riff throughout that really hooks me in.

Another week, another Kaytranada-produced beat sending the web into a frenzy. This week is no exception either, joining forces with Buddy, Kay has produced yet another incredible beat that really suits Buddy’s vocal work. Find Me wasn’t made for the club, but it could sure as still do some serious work there. S/N imagine what we haven’t heard, but with the amount of stuff he is pumping out, Kaytranada just may be the busiest producer in the biz right now.

If you thought L.A powerhouse Mind Of A Genius Records was any close to stopping, then let it’s latest signee in Kwaye set you at a halt. They may be on the money once again here, as Kwaye is another A+ left-field signing that mirrors the likes of label mate Gallant. The Zimbabwe-born, now London-based artist’s most recent number Little Ones packs a ton of heartfelt soul. Channeling some retro fun combine with some smooth vocal work, Little Ones is one hell of reason to keep tabs on the Kwaye. 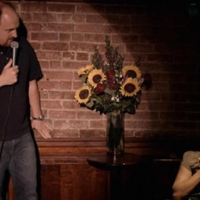 The Bell Tower Times Guide To Heckling A Stand Up Comedy ShowOld mate belly has some handy tips on being the best twat you can be. 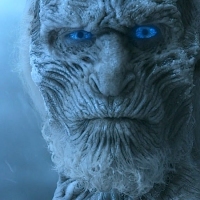 The Bell Tower Times Guide to Surviving the WinterBecause no one hates winter like Perth.
Light & Easy