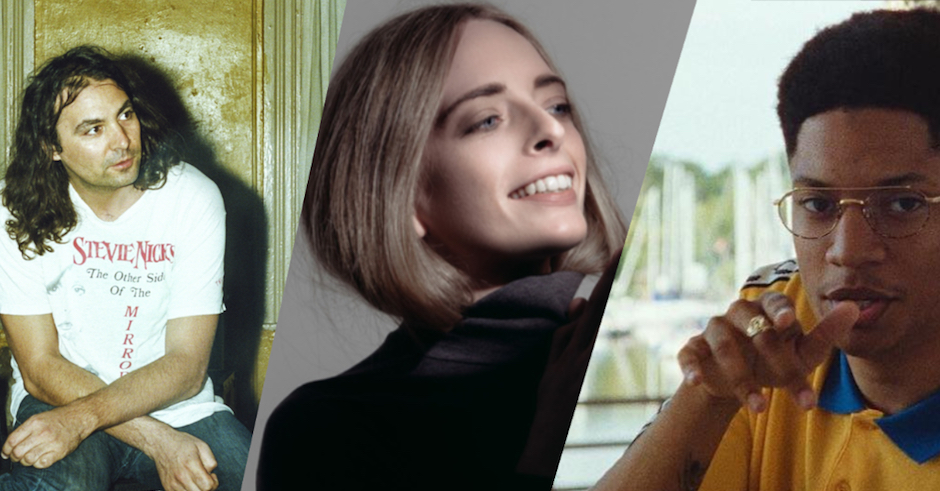 Kicking things off are Way Out West (Nick Warren & Jody Wisternoff) and their track Oceans. A sleek cosmic deep house cut from the duo’s forthcoming debut album Tuesday Maybe which is due for release June 16th. Having already sampled the record through the album’s title track Tuesday Maybe (which is incredible!) and Set My Mind, this new cut from the forthcoming record just reaffirms that both Nick and Jody are two of the best in the business.

Shallou just gifted a new track titled Fictions (which we highly recommend you check out), but it’s the dreamy and still relatively fresh track Begin that has us talking. Aided by the nurturing vocals of Wales, Shallou’s SoundCloud leads with the description “happy-sad dance songs” and it’s a very fitting description for the twinkly Begin.

John Mayer - In The Blood

Wait, what’s John Mayer doing here you might ask. Well, aside from the fact he has just recently released a new album, the record itself appears to have not been received too well. The Search For Everything is Mayer’s first new body of work since 2013’s Paradise Valley and although it’s got many passable cuts, there is still some juice in it. The record itself is by no means any Continuum or Battle Studies, however, it does hold tracks like Love On The Weekend (a nostalgic return) and this, In the Blood. Mayer has brought his vocal A-game and paired it with a classic guitar showcasing. It’s a shining light amongst a return many have simply forgotten about.

Lou Phelps - What Time Is It? feat. Innanet James (prod. by Kaytranada)

Sure, we’ll admit it, we came here for the Kaytranada production, but we left raving with praise for so much more than just Kay’s beats. From the get-go, this track is just straight up fire. I’m no expert in hip-hop but there is just something real old-school about the combination of this beat and Lou Phelps’s vocal work. This recap was made for tracks like this and lord help you if this doesn’t make you want to dance.

Where to start with 1987? Well, I think it’s worth mentioning that his 2015 debut Härskarkonst (which is Swedish for the word ‘masterpiece’) is nothing short of its meaning - it’s incredible. Divine vocal work is layered on top of an absolute heavenly electronic production throughout the record's 10 tracks. Härskarkonst was a record that many (including myself) totally slept on, but discovering its beauty has been a glorious listen. Before we jump into 1987’s newie, favourites on Härskarkonst include the records opener Simma bland hajar (it packs a slow Gesaffelstein-like punch, minus the darkness), Har du träffat nån som jag? (don’t let the name deter you, this track holds a tonne of feeling) and Karusell. Onto his newie Amerika though - Yes, it’s a little circa 2013 / Avicii (True) sounding through that hard hitting beat, but I love 1987’s vocal work and the overall upbeat nature of this anthem. It isn’t the first thing a DJ would select to play, but 1987’s first piece of new music for 2017 sure has all the hallmarks of being a summery floor filler.

Swim Mountain - All I Care About

Releasing via Tourist’ label Monday is All I Care About by Swim Mountain. Channelling some M83 vibes, this is Swim Mountains first piece of music for 2017 and his first since his debut self-titled EP in 2014. A strong return and again, it’s hard not compare this alternative slow burner to something you’d hear from the French M83.

Chelsea Jade - Life Of The Party

It’s moments like Life Of The Party that prove that just maybe there is still merit in trawling through your SoundCloud stream once or twice a day. This piece of broody pop is the first piece of new music from Chelsea Jade since 2016’s Colour Sum. A pleasurable listen, Life Of The Party holds a lot of weight and with just three songs to her name, it would absurd by all to not keep tabs on this New Zealand pop act.

The War On Drugs - Thinking Of A Place

Amongst the ruckus of Record Store Day 2017, we were gifted a return by one of the finest acts in indie rock, The War On Drugs. Possibly missed by many, the track, Thinking Of A Place, was initially solely released as a 12" exclusive to Record Store Day but as of New Music Friday, the track is now available to stream. The 11 minute (yes, 11 minutes!) sonic slow burner is as fine of a return as you’re ever going to hear. 2011’s Slave Ambient was great, but it was the release of the band’s sophomore record Lost In A Dream in 2014 that really had tongues wagging. It’s very very difficult to hold the attention of anyone for 11 minutes, but what Adam Granduciel (vocals) and The War On Drugs have managed to do with what we assume is the first cut from their new forthcoming record is mesmerising. From the moment we hear the nurturing, husky vocal of Granduciel open with “It was back in Little Bend that I saw you” to being left feeling enriched by the songs warm-psychedelic guitar work, Thinking Of A Place is 11 and 14 seconds of pure heaven.

As far as returns come in the genre of indie music, The War On Drugs have well and truly entrenched themselves atop the mountain (cc: 2014’s Lost In A Dream) and we are damn excited about a new album.

Strumming her way into our heart is Hazel English and the graciously mundane Love Is Dead. Hot tip: make sure you listen to every single track in Spotify’s New Music Friday playlist (yes, even the trash that comes from EDM land) as you never know what beautiful little discoveries you may come across. Hazel English’s Love Is Dead is the perfect example. 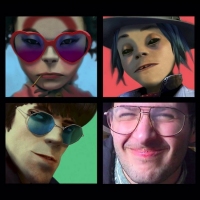 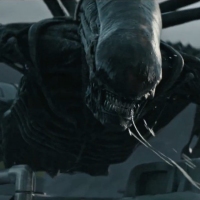 Alien: Covenant is out soon, and we've got a Merch Pack to giveawayPlus read a bunch of reasons we're hyped for the next film in Ridley Scott's Alien-verse.
Light & Easy