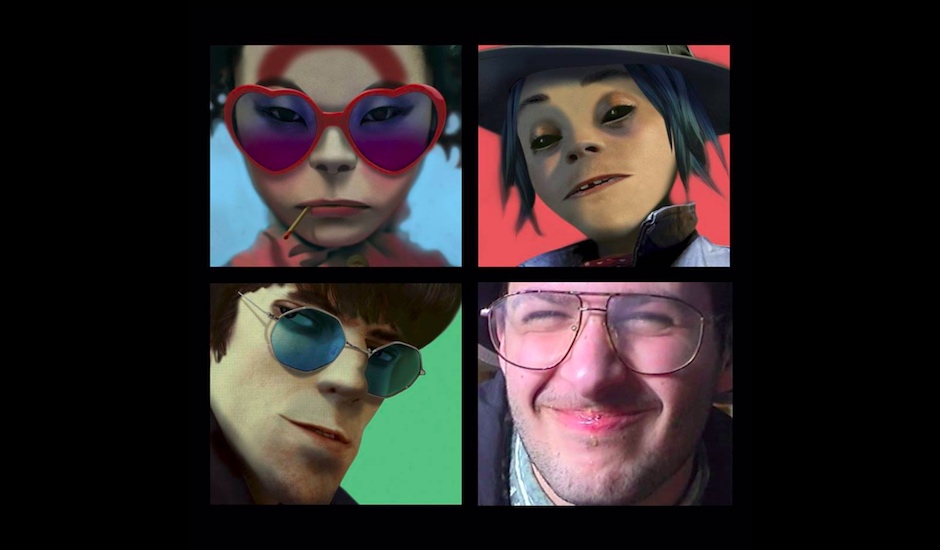 My first encounter with Gorillaz was at the tender age of 12. Demon Days had just been released and Feel Good Inc. was being rinsed on every radio station and music channel on TV. “Cartoons AND music?! Gorillaz are fully sick/hectic/whatever cool thing I was saying at the time.”

Fast forward to 2017 and not much has changed. The release of Gorillaz' latest album Humanz is upon us and while my understanding and appreciation of music has grown, I find myself feeling the same intense excitement from my salad days.

The album begins with a ghoulish vocal echoing out into one of the record’s singles Ascension, featuring the wildly talented Vince Staples. This track is a fiery, no-bars held outpouring of Staples’ soul. With nothing to lose in a dying world, he tears to shreds the idea of the American Dream, saying “This the land of the free, where you can get a glock and a gram for the cheap / Where you can live your dreams long as you don’t look like me / Be a puppet on a string hanging from a fucking tree” - an extremely important and dark moment in the track, referencing the ongoing hardships the black community in America face every day.

Strobelite, a previously unheard track, is a huge switch in mood and character, with Peven Everett lending his soulful vocals to match an equally soulful message, lamenting life as it used to be and how rapidly it can fall apart - “Are we just too far to be as one again? Are we obsidian?”

Yet another change in pace comes with Saturnz Barz. With the context of the album, this song finally makes sense to me. In a world facing so many struggles, we meet our first “villain”, who, like a God, oversees the world from a high-up thrown, proclaiming “the world is mine”. While Popcaan has gained all this power and glory, he seems unwilling to share the rewards of his work and lets the people below suffer, which can be seen in the song’s amazing clip.

Now, I said to myself that I would keep my cool while listening through the album, but truth be told, when Momentz featuring De La Soul came on, I started hollering like a little girl. After all, what is a Gorillaz record without a cheeky collab from one of the finest rap groups to ever exist? “Clocks on the wall, talk to watches on the wrist / It’s the moments we relive, it’s the moments like this” - I wonder how many people will record this song live and not realise the irony in what they’re doing…

As we move through the album it becomes clear that each feature artist is acting as a different character in a bigger story. We face individual trials and tribulations every day, but we all live in the same world. 2D (Gorillaz lead singer) holds the story together with his narration throughout each song.

Elevator Going Up sends us into the next stage of the record with previously released single Andromeda. As the elevator rises (to where, we aren’t yet revealed), 2D surveys the world below and comments on it through Busted and Blue, a soft, beautiful and contemplative track that quickly grows into chaos as 2D gains perspective on the problems the world faces. Questions go unanswered and the futility of the situation reaches its paramount with the lyric “I am a satellite and I can’t get back without you, be my love”.

The idea and importance of relationships continues into Carnival, but but good intentions won’t keep these relationships together, with Anthony Hamilton saying “We play to win, just to find the dark / Go home again and we both fall out.”

Let Me Out takes us away from the elevator back down to ground level, where Pusha T’s verse shows once again the fears and struggles of black people in America, talking of the promises that have been made to him by all he those he holds dear - “Tell me there’s a chance for me to make it off the streets / Tell me that I won’t die at the hands of the police.” 2D can be heard in the elevator, witnessing the atrocities, repeating the words “Let me out.” The voice of Mavis Staples cuts through above all and warns us that a change is coming and we’d best be ready for it.

Finally reaching the top of the elevator, 2D enters a penthouse and subsequent Sex Murder Party, getting a grim look at what lives at the top of the world. From here, the music on the record takes a sharp turn. Dissonant tones, jagged percussion and distorted bass-lines paint an ugly, unharmonious picture. Hallelujah Money, our very first taste off the album, depicts a “tree that primitively grows” and bears the fruits of segregation and global control. This song is undoubtedly aimed at Donald Trump, with Benjamin Clementine taking on his role, stating “And I thought the best way to perfect our tree is by building walls… even stronger than the walls of Jericho” - the deluded nature and influence of those with power is shown as he continues, “It is love, that is the root of all evil, but not our tree / And thank you my friend for trusting me.”

When it seems things couldn’t get any worse, the album ends on an incredible high note with We Got The Power. The song presents the simple message that together, we can conquer anything.

All the problems we face are no match for our dreams, which know no fear and are indestructible. Taking up that responsibility not as individuals, but together and spreading the message is the key to our salvation - “We got the power to be loving each other, no matter what happens / We got the power to be ringing the great bell out there above us.”

Over 10 years have passed since I first listened to Gorillaz and my fascination for them has only grown. What first appealed to me was the marriage of sound and sight unlike anything the world had ever seen before. A whole existence created for this virtual band with unique characters, stories and problems. But these problems are borrowed from our own world. Kids With Guns isn’t just a great song, it’s a real issue. At least 265 children under the age of 18 in America accidentally shot themselves or someone else in 2015, with over 150 incidents involving children already occurring this year.

A giant, rogue island of plastic in the middle of the ocean might seem like fantasy, but we’ve got one twice the size of the USA floating in the Pacific Ocean.

What we can take away from their latest offering is that we are all facing some very serious problems. They may seem too big for us and it may seem too late to make a change, but we can pull together and make a difference - WE HAVE THE POWER TO DO THAT! 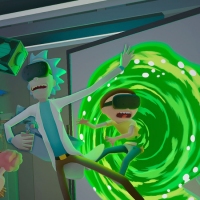 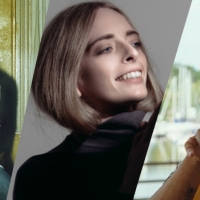 Digging for Diamonds: Your Fortnightly Recap of Hidden Music GemsOur new contributor Harrison Kefford spotlights the most slept-on releases of the weeks just past in a new, bi-weekly column.
Light & Easy