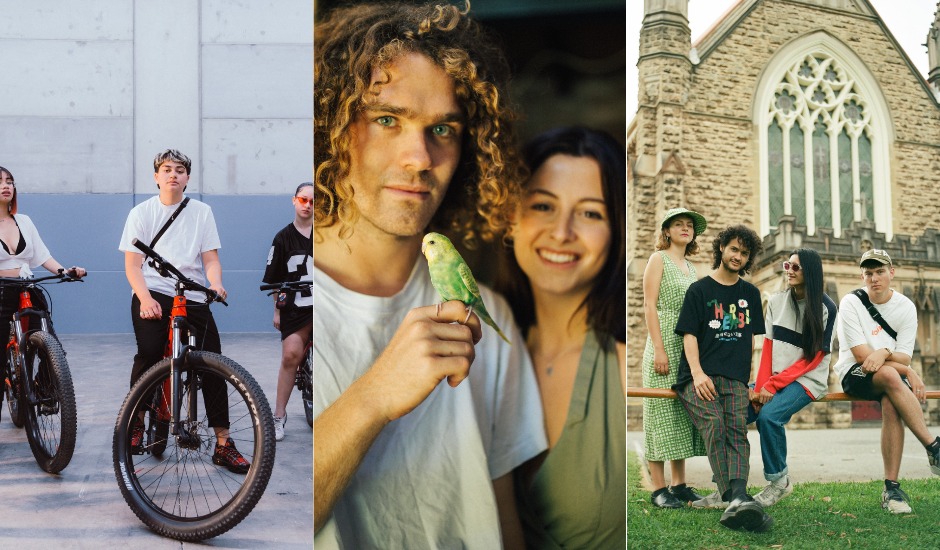 If you're up to speed with all things Noah Dillon, you probably know this track already. Last year, we teamed up with Noah Dillon to add him to the #LiveSessions alumni, with the Fremantle musician using the opportunity to tease a new, then-unreleased track titled Matthew McConaughey. It was a searing, quick-paced track by Noah that showcased him at his best, bringing a recent favourite to his live show to life in a video we found ourselves coming back to time and time again, until the single's eventual release last month.

In recording, Matthew McConaughey is just as impactful as it is in video. It's a delightful, tongue-in-cheek adventure that sees Noah's vocal dance amongst heavily-layered guitar and percussion, his vocal often switching from his characteristic snarl to quick-firing spoken word and playful adlibs - "alright alright alright!" he quotes the single's famous namesake. Dive deeper, however, and you'll find Matthew McConaughey is charading a deeper meaning: "I've often felt the pressure to hold a masculine figure and presence in a relationship," he says. "This song looks to challenge preconceived ideas of masculinity, suggesting true strength within relationships comes from being honest with your emotions and expression."

Hoodzy always had what it took to be Perth's next big hip-hop export, but I don't think anyone saw it happening so quickly. Over the last few years, the west coast rapper emerged a face of the city's next generation, with a string of tracks and performances eventually leading to her signing to Sony Music Australia's new hip-hop imprint Forever Ever, and sharing a break-out single - The Land - which showcased how far she's come over the years, and where she's bound to go in the future.

Skip forward, and Hoodzy hasn't slowed down. After jumping up for a remix of Swish Music's Showtime (alongside fellow rising force, NERVE), the young gun has well and truly arrived with her second single for the year in Hardcase. It's a track that welcomes Hoodzy at her most focused and fierce, teaming up with producer i.amsolo (ONEFOUR, B Wise) to build a hard-hitting, bass-centric production for her to flow over, showing the rest of the country exactly why she's a force to keep an eye on by doing so. Hoodzy is going to be big, it's just a question of when the world is gonna catch on.

Demon Days are a group that soon enough, will no longer need an introduction. Since emerging back in 2017, the Perth collective have risen to become synonymous with the city's woozy, genre-bending sounds of tomorrow; their latest release, for example - last year's Taking It Slow This Time - seeing the group mould together mannerisms of jazz, soul, R&B, hip-hop, pop, indie and electronica for a rich, slow-burning flavour that's distinctly Demon Days and nobody else.

In 2020, it sounds like this is continuing. Safehouse, their first single for the year and the first since their EP last year, is a rich amalgamation of tones and flavours that deepen Demon Days' discography; flashes of Amy Winehouse, Lauryn Hill, Hiatus Kaiyote and even Solange dripping through its softly-strung melodies. It's a beautiful track that's quite representative of their entire work to date, and with a debut full-length album expected next year (!), Safehouse is a little treat for those wanting to explore what's going to be big in the year ahead.

Felicity Groom is someone pushing the boundaries of WA music in 2020. Over the last twelve months, the long-time favourite has been paving the road leading to her long-awaited returning album Magnetic Resonance Centre, sharing tracks that wield together sprawling psych-pop (Backwards Forwards) with dance-ready disco assisted by Kevin Parker (Dance for None), often taking us into some quite bizarre places in the process of doing so (like, for example, the Pilerats-premiered video clip for Burj Khalifa earlier this year).

Her latest single Human is a track that feels like the meeting points of all these sounds. It's a sprawling four-minutes of push-and-pull electro-pop, with a sparse electronic production forming the underlay for Felicity Groom's vocal to play alongside as she comes and goes with different speeds and textures; a nod, perhaps, to the other women - Kate Bush, Robyn - that defined much of this electro-pop sound, and how their own vocals often moved from triumphant to subtle at the drop of a hat. Either way, it's wonderful.

The Hunting Birds - Catch Up

Although now based in Melbourne, The Hunting Birds have become Perth favourites over the last few years, so for the sake of sharing music from acts that aren't quite big enough to have their stuff shared in many other places, we're going to let it slide for now. Anyway, The Hunting Birds kept things a little quiet last year, coming off the back of their fantastic In Its Nature EP - an EP led by a track called Currents, which took out WAM's Pop Song of the Year Award last year, amongst some incredibly stiff compeitition.

Now, they're back with their first track since in Catch Up, and it's a brilliant sign of things to come from the group in their new home. Catch Up opens a bit on the softer side, but it doesn't take long to steam up into a charging, quick-paced indie-pop track that brings things the group have become known for over the years - anthemic, singalong-ready choruses; sitrring guitar melodies - and moves it forward to current day. It's a track you can hear blasting at a festival and on the radio alike, and that's a great quality to have in your work. 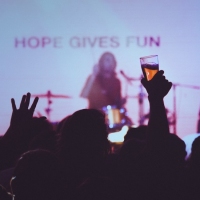 In the face of COVID-19, Perth's music community is holding strongThe community aspects of Perth's live music world thrives in isolation. Now, we're learning they thrive faced in crisis too. 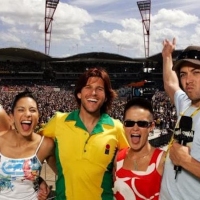