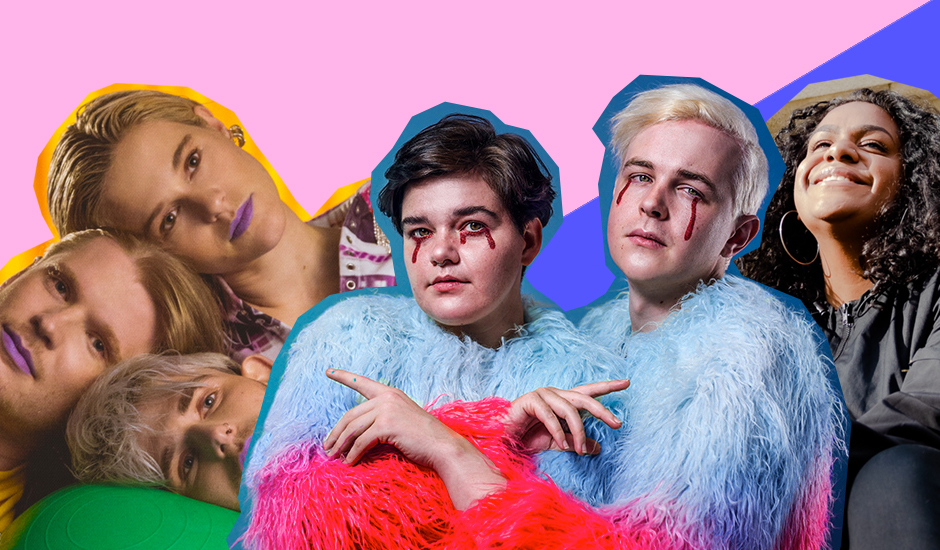 BIGSOUND is a tough place to stand out. In 2019, for example, the Brisbane festival/conference has one of their densest lineups to date, showcasing every facet of a blossoming Australian music scene from the jangly surf-rock movement to our heaving hip-hop explosion to the next generation of saccharine sweet bubblegum pop, leaving no stone unturned as they introduce the 'underground' of Australian music - regardless of their name, sound or size. In saying that, however, a couple of acts did prove to stand out - and we're giving them some time to shine.

Coming off the back of last week's multi-day Brisbane venture, it's more clear than ever that Australian music is at the forefront of the future - and none acts more-so than the following ten proved this better. Whether it be the soulful R&B of Miiesha and Stevan; the left-of-centre pop swagger exhuburating through the sets of LÂLKA, DULCIE and Huntly; or how Teen Jesus & The Jean Teasers aren't just a sick band name, but a really sick band full-stop; this year's BIGSOUND highlights were exactly that - moments of the shining future, making themselves known at a festival full of bands constantly referred to being within this bracket.

Dive into our picks of the festival below, and stay tuned to see how these bands continue to flourish off the back of what's bound to be career-making performances for them all:

From the small community of Woorabinda in Central Queensland, Miiesha is a musician whose talent is fifty times her size. Performing at BIGSOUND off the back of a national support slot for Thelma Plum, Miiesha's arrival felt truly welcome at this year's festival; her intertwining of spoken word, hip-hop and soul coming to life as she sings and dances, teaching her lessons in the process. Live, her capabilities as a defying songwriter and powerful woman are only exemplified, pushing boundaries and establishing her worth as her heavenly vocal glides above gentle chords and swaying grooves.

We had Cry Club in our best sets of BIGSOUND 2018 list, but they played the festival again this year, and obviously they had to be included again. Twelve months after their first performance, Cry Club's return to BIGSOUND showcased their growth and evolution as a band both live and in the recorded format, with the former prevalent in the way that their lead singer, Heather, is able to theatrically bring songs to life regardless of whether they're blistering punk, heartbreak-tinged pop, or choruses which yell "Don't fucking touch me!". Now joined by a drummer to further bring their work to life, it's clear that Cry Club have put in the hard-yards to establish their growth and at BIGSOUND, that pulled off.

At BIGSOUND, Electric Fields were... Electric Fields - and for that alone, they make the cut. As one of the bigger bands of the festival with a strong discography already behind them, Electric Fields were tasked with ensuring their legacy at this year's BIGSOUND and that they did. Backed by their dramarous theatrics and the talent of both Zaachariaha Fielding and Michael Ross in their very different fields, Electric Fields' showcase was a masterclass in conveying emotion through the live music format, channelling names including Robyn as they squeezed every longing cry - and every euphoric jump - out of their music. Electric Fields are easily one of the best live bands in Australia, and at BIGSOUND, they showcased exactly why.

While their album Low Grade Buzz proved that Melbourne trio Huntly were a welcomed, left-field source of catchy dance-pop, BIGSOUND came time to show that this could translate into the live realm, and it did. At BIGSOUND, Huntly's shows were a demonstration of how friendship and closeness can make (rather than break) a live performance, the pairing of Elspeth Scrine and Charlie Teitelbaum proving captivating as their music - doof you can cry to, they accurately call it - swells and moves around it. Insert experimental tech break-downs and subtle, emotional ballads into the mix too, and Huntly's BIGSOUND performance covers the many facets of bright, left-field pop.

Moving into hip-hop, Melbourne outfit 3K are a group blossoming alongside Australia's larger drive for new, future-hinting rap music that's help explode the careers of Triple One and Chillinit (the former being an act that 3K themselves have supported in the past), and within just two songs of their BIGSOUND showcase, it became clear that they're an act here to stay. With incomparable energy, 3K's showcase at BIGSOUND was all about momentum and keeping those levels high and that they did; for not one moment of their thirty-minute set did it feel like 3K were anything but one of rap music's most lively acts.

Formed in 2015, Canberra natives Teen Jesus & The Jean Teasers are exploring an intersection of 90s grunge and woozy power-pop that live, translates into something remarkably special. The group have this incredible capacity to hold a crowd in the palms of their hand without the stage-jumping and over-hyping other bands might have to resort to, creating a safe, relaxing space to lose yourself within their jangly melodies and rich rhythms as they establish themselves as a great band on the cusp of a greater national expansion.

Perth indie-pop quartet have already become one of Perth's brightest bands in the space of less than twelve months, and after BIGSOUND, it's clear that they're soon going to be greater national drawcards too. Live, their blissful brand of delicate indie-pop stands out for its loveable trance, with the four members singing and swaying as they work through an impressive collection of both released and unreleased cuts. The band on the cusp of an exciting explosion, and if they're not walking away from BIGSOUND and the months following booked and busy, then we'll be incredibly surprised. They also just seem like the BEST people.

"Have you seen Stevan yet?" is a phrase all-too-common at this year's BIGSOUND after just one of his performances, and it's not too hard to figure out why. In recorded format, he sounds like the meeting place of Steve Lacy and Anderson .Paak, which is something that seamlessly translates live as he dazzles with his rich, percussive R&B; carrying the slickness of the former and the talent of the latter as he strives into one of 2019's most exciting names. Despite only having a pair of songs under his belt, it's clear that Stevan has a bright path to follow, and after BIGSOUND, we can safely say that he can back it up on the live circuit too.

Whether it be a crammed Brightside or a packed-tight Foundry, Perth heavyweights Spacey Jane had one of BIGSOUND's biggest crowds of the whole week - and it's incredible to see. For much of the last three years, the WA group have quickly become homegrown heroes and quick-selling forces in Perth, but their BIGSOUND showcase felt like the introduction of a greater national break-out, enchanting venues twice their usual size with their quick-thinking indie-rock. There's nothing quite as rewarding as seeing a Perth-based group flourish plane rides away (Stella, Carla), and it's clear that Spacey Jane are going to be the next of these.

While pop music was a big drawcard at this year's BIGSOUND, LÂLKA was an act that stood out. In reality, it's pretty easy to see why she did: her music explores this saccharine sweet, hyper-experimental PC pop twist that feels like the future of pop - as shown by acts like SOPHIE and Charli XCX - but then live, she adds in moments that you can't find anywhere else. From violin solos to dance breaks to quick-pacing vocal chops, LÂLKA's show had everything, and it was all her - she's a one-woman machine, and she's unstoppable. 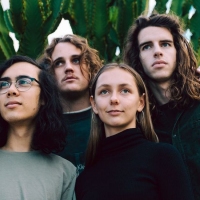 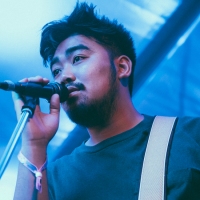