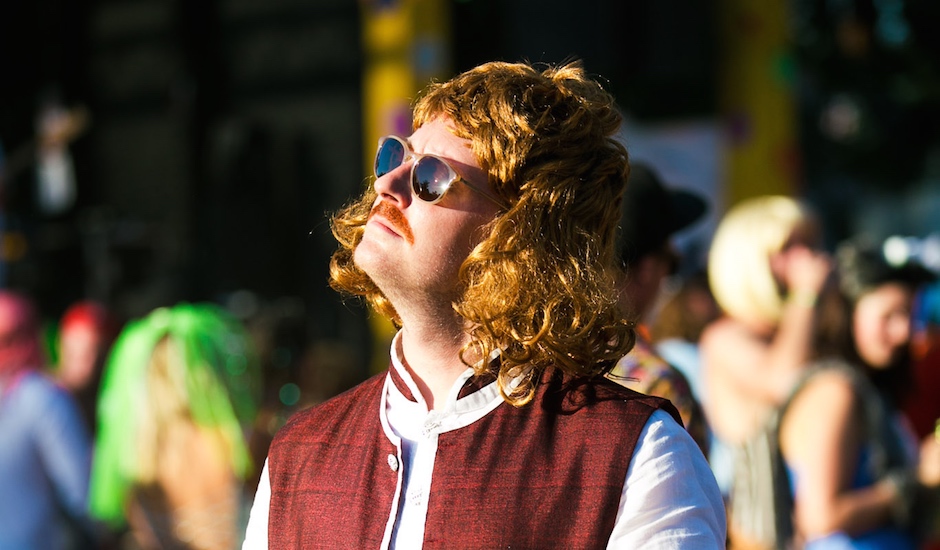 Touring and events agency UNDR ctrl is about to celebrate it's first year of existance with one seriously epic birthday bash, combining forces with OXJAM to take over the Oxford Arts Factory on Saturday 1 August. With that in mind, we took the opportunity to have a chat with UNDR ctrl founder and a bit of Australian music hero Paul Stix to find out how it's been for that year, and where he's headed in year two. Click the event art below to go to the event, and enjoy a few words with one of the country's good blokes and suppoters of the industry in which we find ourselves:

Thanks legend! It’s been a really sweet ride throughout the year with many genuine awesome moments, can I pick 3? 1) Establishing the Island LIVE music series on Sydney Harbour has been a real highlight as I’ve wanted to get back into promoting more events and the venue ticks every possible box. 2) Whilst the core business at UNDR ctrl is the booking agency and developing homegrown talent in and around Australia, it’s been hugely rewarding to bring over our first two international artists on tour this year in San Holo and LCAW. Both artists have huge futures ahead of them and it’s a real privilege to be working with such talent at this early stage of their careers. 3) I run the annual Musica Copa event (with my bro Martin Novosel from Purple Sneakers), which is a charity 5-a-side football tournament for the music industry (you guys should come and play next year!)… and my UNDR ctrl team scored a pretty sweet victory over Future Classic in the qualifying stages! That result, plus the whole day and raising $12,000 for charity was epic! 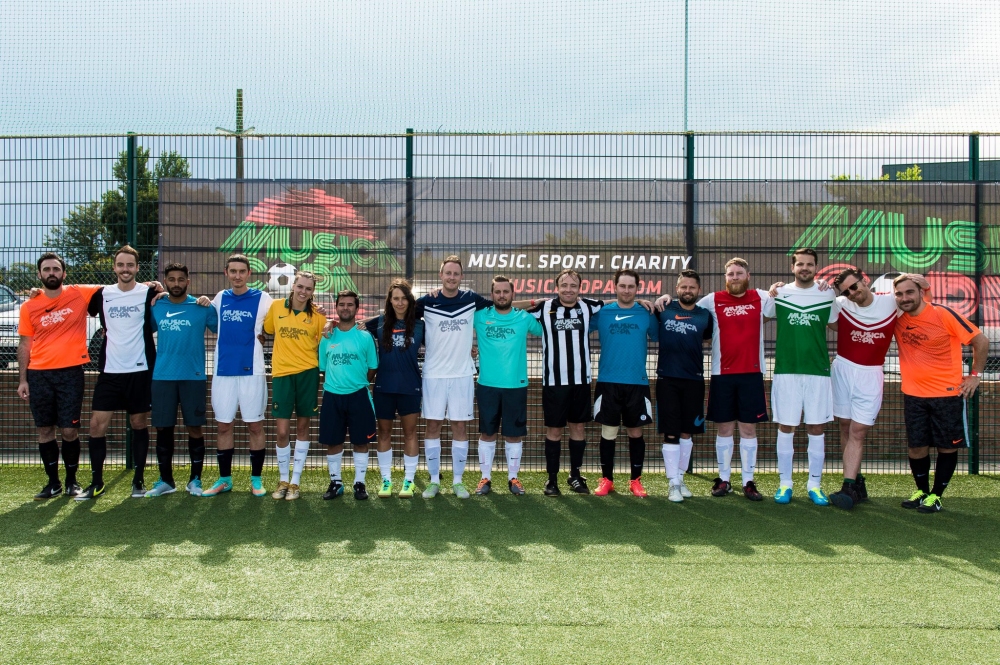 What’s been the hardest lesson you’ve learnt over year one?

It’s certainly good to know your strengths and your weaknesses and it’s important to manage your time effectively and not take on more work than you can handle. I’m really excited because I’ve just taken on an assistant, which will allow me to move way from some of the admin stuff. The lesson here is knowing when to make the call on hiring someone by justifying what role they will be playing. I held off for as long as I could, but now I felt it was the natural time to step it up a gear. The other lessons would be my work as a promoter where of course it’s a risky business and you win some and you lose some. My winning ratio has been good, but as they say, you’re only as good as your last party, and I think long and hard before I take on a new project.

Your roster started strong and has grown from there, but who’s surprised you the most with their progress over this first year?

Thank you for noticing ;) The thing that has pleased me the most is watching so many artists on the roster really beginning to flourish. When choosing to work with an artist I typically go on a gut feeling. There has to be something there that I connect with, and vice versa. So when everything starts falling into place around you it’s a really great feeling and you can almost feel that momentum in the air. Right now so many of the artists are kicking on strong in their own way to varying degrees of success. I’m in no way surprised by their progression but the likes of Total Giovanni, Just A Gent, Roland Tings and Set Mo are all kicking on really nicely. It was huge seeing Roland Tings pick up the Feature Album on Triple J and then watch the subsequent tours and exposure step up a notch. Ara Koufax, Adi Toohey, Jensen Interceptor, LUEN, Dreems and JAWZ are all on the boil and there’s some big things to come from Wordlife, Tear Council and World Champion - one of my more recent recruits who have signed to the Future Classic label. I’m also always so happy to see the on-going interest in Bag Raiders despite the lack of new music over the past few years… so it’s awesome to have them back in market now with the new EP set to drop and new single Vapour Trails getting the radio play and turning heads.

An all White Party, are you trying to relive your hazy days of trance glory?

Yes actually, I am haha! Funny you should say that but ‘back in the day’ (yeah yeah) when I worked for a club in London for most of the 2000s (called Turnmills) our Friday night club was called The Gallery. Incredibly, the night has now been running for 20 years, but during my time there the likes of Tiesto, Ferry Corsten and Armin van Buuren were all exclusive residents, so I didn’t mind a bit of bosh! The real reason is that I’ve always been a firm believer in dress up (my fave festival over here is Secret Garden) and I don’t take myself too seriously [see header photo for proof] so why the bloody hell not?! It’s also loosely in honour to Total Giovanni who were unfortunately unavailable to play at the Birthday bash, so it’s my tribute to them and their fantastic wardrobe!!

It’s a massive lineup for the celebrations, who are you most looking forward to?

I CAN’T WAIT for Sydney peeps to hear the Ara Koufax live show - that shit’s definitely gonna blow some minds. Wordlife will be premiering all the incredible new music that they’ve been holed up in the studio working on for many, many months which has a real epic 90s ambient house vibe to it, so I’m psyched for that. Shantan will be showcasing his new show we’ve been working on which includes visuals by EGO and dancers on stage from his Dutty Dancing events. Expect a few jaws to drop with that one! Plus I’m super excited to see bands Tear Council and World Champion performing live on the main stage. There’s a bunch of other stuff and other guests we’ll be announcing soon.

Special guests hey? C’mon, give us a hint:

Talking of which… haha! Well, the line-up as you can tell is 100% UNDR ctrl artists (keep it in the fam right?) so it’s possible that the special guests might be from the roster too… if they’re available to play that is?

I like free haircuts, and tote bags, can you tell us why you’ve teamed with OXJAM for this one?

Well then, get down early and you can blag yourself a bag and a bowl cut!! Being British, I’ve known about OXJAM for years and the great work they do back home with their music/charity events. When I was approached to throw a party to help launch OXJAM in Australia it was an easy choice for me to get involved. It made sense to combine the night with my First Birthday to make it that little bit more extra special knowing that all proceeds will be going to OXJAM. I love their slogan “party for poverty”… and that’s exactly what we’re gonna do!

Without picking favourites of course, who’s gonna take off in year two of UNDR Ctrl?

There’s considerable vibe at the moment for Total Giovanni, so I can only see that really kicking off even further in the coming year. I can’t wait for Just A Gent’s EP to come out as he’s on a really exciting path to super stardom. Definitely keep a close eye on World Champion too. Plus I have a few more artists joining the ranks soon which I’m very stoked about...

And what are some of your goals personally?

I’ve always felt blessed to do a job that I am truly passionate about. It makes it easier to get out of bed on a cold winters morning and it’s a great feeling to do something that makes you really happy. I would like to continue making small, calculated steps forward, growing as a business together as my artists grow. I’m working hard to establish a 12 month strategy of touring and events to compliment the booking agency and I’m excited to see what’s gonna happen next… 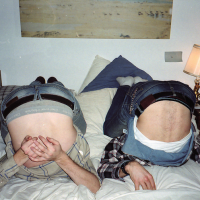 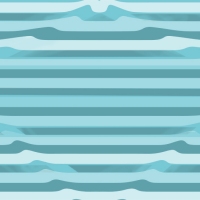 Mid-Year Report Card: Our 100 Favourite Tracks So FarThere's been some bangers in 2015 to be sure.