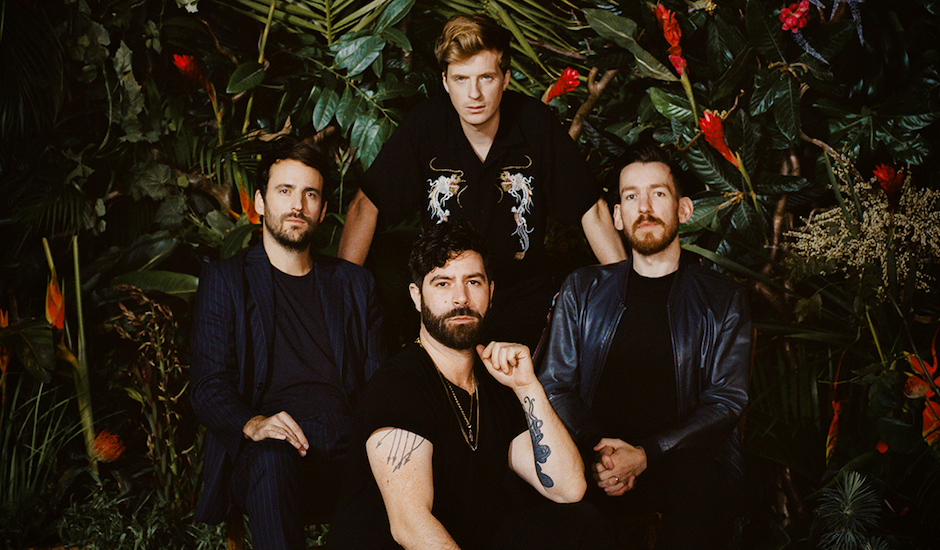 Foals - On The Luna

Last month gave us the long-awaited news of Foals' imminent return, announcing a new double album Everything Not Saved Will Be Lost with their first single in four years, Exits. The general premise is that Everything Not Saved Will Be Lost is broken into two parts, the first arriving on March 8th, and the second sometime later this year. Exits, which signalled a return to Foals' bright, festival-ready sound thick with upbeat guitar hooks and soaring vocals from famed frontman Yannis Philippakis, was the first tease of the double album's opening portion, the second tease of which arriving today with On The Luna. It's a little more maximalist than Exits, with the UK indie-pop favourites crafting a heavily-textured single that seems to layer and grow as it drives longer, meeting Yannis' vocal and their signature, catchy guitar riffs with glistening synth melodies and even a healthy dose of cowbell. Early reviews have it painted as one of the album's best, but I guess we'll have to wait until March 8th for Everything Not Saved Will Be Lost – Part 1's arrival to work that out for ourselves - we've got high hopes, though.

CXLOE - I Can't Have Nice Things

Over the last twelve months, CXLOE has presented herself as one of Australian pop's most exciting names, with a consistent run of A-grade singles and stand-out sets at BIGSOUND placing her forward as one of our saturated pop scene's stand-outs. Last year's Monster offers the best example of this, combining swelling synth with CXLOE's impressive vocals to create this woozy electro-pop magic that we've repeated time and time again. Now, she aims to continue this in 2019, kicking off a big year ahead with I Can't Have Nice Things. I Can't Have Nice Things presents a side of the musician that feels more self-assured and confident, with her tall-standing vocals making a comeback to join this warping, bloated synth line that doesn't really get the chance to overshadow the vocals - a hard call considering the production's strength. It all seems to fall perfectly into place, and I'm sure that CXLOE's year ahead looks set to do the same - she's on the path to greatness. "

Australia is currently in Rex Orange Country mania, with the English multi-instrumentalist whipping up a storm touring the national Laneway Festival circuit, where at just about every stop, he stood out as an across-the-board festival highlight. It all comes following his break-out 2017 record Apricot Princess, which combined elements of jazz, hip-hop, soul and lo-fi electronica to create what can only be described as magic - finding fans in people like Tyler The Creator, who picked Rex to feature on his latest record, Flower Boy. In saying that, however, the musician hasn't released anything since 2017, something he's out to change with New House - a surprise new single arriving for Valentine's Day. New House picks up where his consistent run of 2017 releases picks off, uniting these genre-spanning elements and mannerisms in a way that continually feels refreshing and exciting, with warm, comforting vocals meeting thick layers of synth and keys. It's another sign of Rex's brilliance, and with more hopefully planned to come, we have no doubts that he'll be one of the most prominent artists around by the end of the year.

Golden Vessel is on one hell of a run at the moment, and with a new album out later this year, he has no plans on stopping. It all kicked off with the genre-bending mega-collab BIGBRIGHT - which featured E^ST, DUCKWRTH and Elkkle alongside Golden Vessel's signature croon - before MOONSTONE, which featured Akurei, whisked us off our feet once again. Now, he's continuing it with DIZZY, a swirling and more upbeat single from the Brisbane dynamite that brings him together with Oscar Key Sung, combining their respective strengths for a single that's worth its weight in gold. Arriving in the midst of a US tour (with shows at SXSW included), DIZZY layers Golden Vessel's swirling production style with swelling synth bounces and soft chimes, with Oscar Key Sung's swooning vocal layered over the top. "I picture the lyrics for this song as scenes and vignettes across different continents, all tied together with a thread of longing and nostalgia," says Oscar on the single. "I was thinking about how the work we do on ourselves to be better for the ones we care about, can often only happen once we have lost the people we wanted to change for."

Annie Bass - In Your Arms

When it comes to Annie Bass, it's quality over quantity. The Melbourne-based multi-instrumentalist has become one of our favourites since capturing our attention with 2016's While I'm Waiting, and even though she's only released a few things since - including a two-track with fellow Pilerats favourite Christopher Port in 2018 - she's continually impressed us time and time again. In 2019, this continues, announcing a long-awaited debut EP with In Your Arms - the EP's first tease. In Your Arms marries the two sides we've fallen in love with when it comes to Bass' music, uniting her softly-swooning vocal which an enchanting, percussive production that weeps with those low-key, house-inspired sound, contrasting shimmering melodies and intricate percussion with thick bass kicks that almost feel grime-like. Produced by WA ex-pat Kito, it's a good sign that her upcoming debut EP is going to be great - something I guess we'll find out when it drops on May 10th. 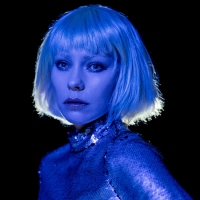 This week's must-listen singles: Olympia, Ziggy Ramo, Julia Jacklin + moreAll this, plus new singles from Yeo and JEFFE as we recap a big week in music.
Light & Easy