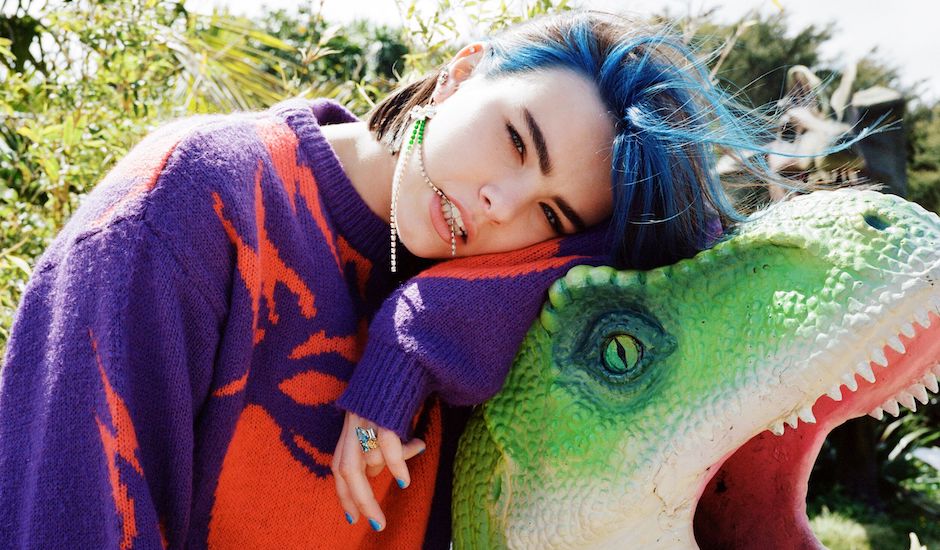 Every week, we're hammered with tonnes of new music from Australia and afar, so much so that at times, it feels a little overwhelming and you're not quite sure where to begin. Every week, we run down this week's must-listen singles and releases, this week featuring names like BENEE, Spacey Jane, Billy Davis and more. Check out Pilerats' homepage for more brilliant music and news, or subscribe to our Spotify Office Playlist for easy listening.

BENEE is on a roll. Despite only sharing her debut EP FIRE ON MARZZ just a few months back, she's already back at it with a brilliant second EP for the year, proving that things don't slow down when you're carving a path as one of New Zealand's next biggest things in pop music. The entire EP, titled STELLA & STEVE, is full of highlights - the previously-reached Find an Island and Monsta included in those - but the EP's strongest effort comes in the form of Supalonely, a bustling collaboration with the Australia-bound Gus Dapperton.

It's a shimmering indie-pop tune that captures BENEE's brilliance as a musician on the rise, packaging the excitement from her past work into a new form that also features her first collaborator - the lo-fi pop musician making his debut here in just a few weeks time. Dive deeper, however, and you'll find that beneath Supalonely's punchy chorus is a rich moment of reflection for BENEE, as she dives within something all too relatable - the feelings of loneliness and isolation. It's a charmer of a single, and with a plethora of shows planned over the next few months - Laneway Festival included - there's a lot to be excited about in camp BENEE.

One of this year's big success stories would have to be Spacey Jane, the Perth-based group that we've been following around for a while now - their debut EP, 2017's No Way To Treat An Animal is full of charm and emerging brilliance - that in the past twelve months with a consistent stream of career-best singles, are proving unstoppable. Following a BIGSOUND showcase with a line around the corner and a trio of singles across the year thus far - Good Grief, Good For You, Head Cold - it's clear that Spacey Jane are on a roll, something that's continuing as we hit the tail-end of the year.

Head Cold, the group's next single, arrives ahead of a tour where they'll be joined by US hot-shot SASAMI (!!), and it's a feverous display of Spacey Jane's continued charm as a group in the public eye, presenting a track that falls perfectly in-line with the rest of their work this year thus far with its jangly guitar melodies and strong, catchy hooks. "It maps out the 15 delirious thoughts that passed through my head in a fever state - it’s about tangled thoughts, tangled headphones and sweaty sheets," says the band's Caleb Harper. It's a great time.

Young Franco is someone who hit the accelerator all the way back in 2014 and has refused to step on the brakes since, basically releasing a solid amount of new music every year since. Across this time, we've learnt that he's a weapon in both the production and songwriting role, gradually transitioning from the next generation of Australian house to a keen collaborator working with everyone from Golden Vessel to Maribelle; his funk grooves constantly in the spotlight, however, regardless of how much his sound has morphed and switched up over the years.

This week, he closes out his week with the Abhi The Nomad-assisted Angel, which takes a percussive production by Young Franco and mixes it with a stunningly soulful vocal from Abhi, which gives the single's swirling synth work and one-two-step percussion a dizzying, R&B twist largely outside of Young Franco's discography thus far. Add on a subtle Maribelle top-line towards the end, and bam - you've got a slick, polished single that proves that Young Franco has still got it - even five years later.

With his incredibly catchy single Headspace earlier this year, we got the first taste of a refined Billy Davis - the Melbourne producer and songwriter often found behind-the-scenes the work of Ruel, GoldLink, BROCKHAMPTON and others, or in front of the camera on his debut album, 2017's extensive and Denzel Curry-featuring A Family Portrait. He's a pioneer of Australia's bustling hip-hop/R&B and soul worlds - especially in Melbourne - but as we head towards 2020, he's focusing on his own work, continuing his next chapter with a collaborative effort titled Wilderness.

Featuring Phoelix and EMERSN as well as long-time collaborator and friend Jordan Dennis, Wilderness is a pacing hip-hop tune from the production mastermind that deepens his discography as he works towards his second album THIS IS WHAT'S IMPORTANT, out February next year. "The song Wilderness is about being in the wilderness and returning from it," he says on the track. "I've been in the wilderness a few times, the most recent being when my mum passed. It’s so important to have good people around you when you feel lost and it’s reassuring to know people care for you. Be there for your friends in the good and the bad."

Genes - Give It Away

We've spoken about Queensland-based musician Genes a couple of times now, but only when she's been found behind-the-scenes. She's a keen songwriter amongst the next generation of Australia's internationally-trotting heavyweights (Sarah Aarons, Alex Hope) and a collaborator whose Midas touch has helped musicians like Deer find and showcase bright new pockets of their work, but now as we head towards the end of 2019, she's setting her sights on her own sound with her debut solo single, Give It Away.

Give It Away is a dizzying pop single amongst the year's most infectious, her empowered and confident vocal shining above an electronic-tinged backbone that keeps the energy levels high, drawing comparisons to names such as Carly Rae Jepsen as she explores this unique sub-faction of pop music that feels a very slightly left-of-centre - somehow. "It’s about trying not to miss someone, hearing them through every lyric of every song, tasting them in every sip, craving the high they gave you before it all fell apart," she says on the song. It's a great moment, and knowing Genes for a while now, it's probably just the start. 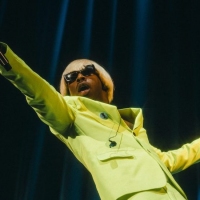 Music's entitlement problem extends further than Drake at Camp Flog GnawYou've probably seen the headlines about Drake being booed off stage, but it's a part of a problem that extends further - all the way out to Australia. 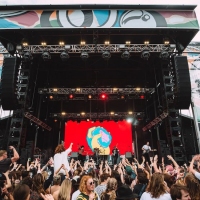 Are festivals becoming more unique, or are they blander than ever?After assessing the uniqueness of Australian music festivals for the first time last year, we’re back to see if things have changed.
Light & Easy