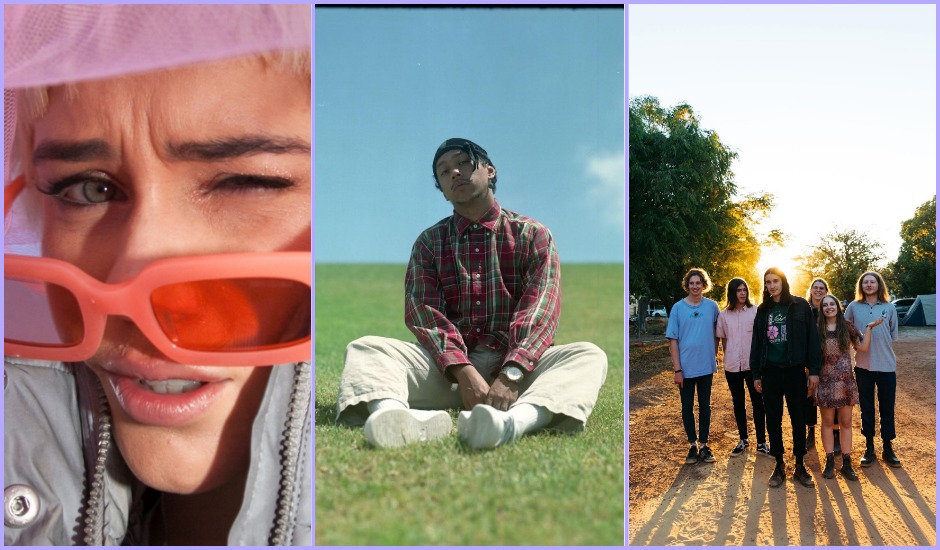 The West Australian music scene has well and truly been shining in a lane of its own and its time we shed some light on the talented artists, making their name in and around Perth. Take a look at a few artists we are loving at the moment that are creating sounds that are cleverly defining WA’s music scene. August was a particularly busy one, and so we've almost doubled our standard offering and given you a couple of extra fresh tunes you should be checking out too.

If the last few months have been Mali Jo$e locking down his craft and refining his sound, than Ladybird is the rising rapper hitting his stride. Across the course of the year thus far, the rapper has been consistently delivering singles that showcase his wide-ranging versatility and knack for bringing a signature Mali Jo$e charm to whatever he does, exploring the caveats of alt-rap and R&B as he brings influences in Frank Ocean and J Cole forward with his own distinct sound that's quickly becoming one of the state's most celebrated.

Ladybird, despite all that, is still a step up. It's the most focused and fierce that Mali Jo$e has been thus far, his eyes on the prize as he moves amongst a ricocheting production that even on its own, feels like a step forward into a bright future ahead for Mali, and that of his production pairing OJC43. It's fun, flavourful and full of energy, and as he aligns himself with heavyweights such as Kendrick Lamar - whose imprint you can really feel on Ladybird - this new direction is one that we hope Mali continues to explore in the future.

Jack Davies and the Bush Chooks - Perhaps I'll Drift Away

Another incredibly exciting Perth musician finding their feet in 2020 (albeit in much of a different way and in a far different sound) is Jack Davies and the Bush Chooks. With last year's Cleaning the Dishes, the Fremantle-based musician emerged one of Perth's most talented songwriters, with a sense of storytelling underpinning his subtle, warm folk sound that in the time since - with singles such as Half Frozen Beer earlier this year - he's extended upon and further explored; everything he shares emphasising a gripping emotion unlike anyone else.

On his latest single Perhaps I'll Drift Away, Jack Davies and his band are heading towards a peak in potency, and the results are devastatingly brilliant. It's a slow-stirring single that moves into more of an indie-leaning sound (aside from a drifting, long-winding instrumental jam towards the single's end), however regardless of how his sound is moving, it continues to focus on Jack Davies' knack for bringing the emotion out his stories really separates it from the pack, and on Perhaps I'll Drift Away you feel this more than ever. It's reflective and powerful, but could you expect anything less from Jack Davies?

About two years ago, Grace Sanders was a name on the lips of every Perth-based pop fan. Back in 2017, she debuted with a pair of tracks - Impress Me and Flow Like Water - that introduced the then-rising musician as a fresh-faced addition to the city's indie-pop world, and with I Can't Win a year later, it seemed her trajectory was set in stone. Instead, she didn't follow it up, hunkering down to refine her sound and build a discography of her own while performing live with some of Perth's most brilliant musicians (including some on this very list).

Now, a few years later, Grace Sanders is ready to re-introduce herself, and Green is a brilliant song to do it. It's a charming four-minutes that centres on this genre-mixing pop sound that's full of bubbly confidence and Grace Sanders' signature charm, brought forward into 2020 with a certain edge that separates current-day Sanders from her older work, and no doubt something that will allow her to continue growing in the years to come. It's really quite the moment, and if you're yet to acquaint yourself with Grace Sanders, let this be your opportunity.

Perth-based instrumental collective Grievous Bodily Calm have blossomed into one of the city's musical treasures, and with everything they're putting out, this is something that's only deepening. After capturing their brilliance on their 2019 record Repel (a record which helped them begin to catch national and international attention, too), Sync Step earlier this year proved that the group still had areas they could grow and expand, diving into influences spanning more electronic-centric tones but twisting them with Grievous' natural forward-thinking prowess.

This creativity is something that shines with their second single for the year, Mosiac. It's a single that really emphasises their chemistry as a group, something highlighted by Mosiac's status as the group's first single recorded in a more studio-like setting. Instead of forcing the group to make their 'casual jam'-esque sound reduced to a minimum, Mosiac's studio setting actually does the complete opposite. It's sprawling and rich with melody, showing how the group are able to intertwine their many strengths with the others, and create some incredible music in the process of doing so.

Cruz Patterson is someone with a long history of being at Australian hip-hop's forefront. Initially, he found his rise through Koi Child - the growing jazz-rap-psych genre-melting collective that he was the frontman of before they disbanded a few years back. Then, came his work as a key member of Perth's growing hip-hop community as a solo musician, visible through his own solo work and extended guest features with Superego and Shockone, the latter of which seeing him push forward as one of the local scene's most versatile names.

In 2020, he launched his solo venture with Pistole, a self-made moment of discovery that introduced the musician as a multi-disciplinary face of tomorrow, but his new single Venice really hits it out the park. Produced by Tame Impala's Kevin Parker (!), the single feels almost like Kanye West plucked out of his College Dropout era but without the developing ego; Cruz Patterson focused as his vocal warps around the thick-layered production underneath, which feels a little more hip-hop-centric than your standard Tame Impala release.

With their debut EP Severance earlier this year, Tether moved themselves forward as one of Perth's most adventurous new trios. The three-piece make swelling indie-pop that's quite unlike anything else you can find in Perth, powerful with an incomparable emotional intensity that always takes the centre of their work, often elevated above instrumentals that move between shadings of punk, indie and whatever else - kind of like the amalgamation of Lana Del Rey and BANKS with Paramore or Moaning Lisa, but switched up with Tether's unique twists.

Their latest single Separate shows this best, seeing the group already move forward since the release of their debut EP earlier this year and focus on their next paths - one that seems to be an extension of what they showed with Severance. Separate really shows this balance between the darkness of their lyricism and the broodingness of their instrumentals, with a sense of looming heaviness arising from their more alt-rock-like return, one that packs all the thrill of a horror film but from an all-female, queer addition to Perth's live music scene that is already becoming one of its most celebrated new additions. 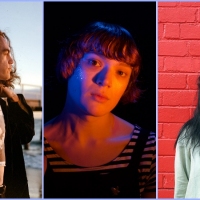 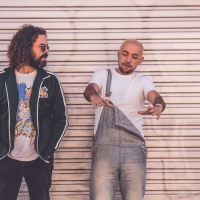 Bootleg Rascal, on why triple j play isn't essential to be a popular musician in 2020As conversation remains about triple j's presence as a gate-keeper of Australian music, a band that have flourished without recent play has something to say.
Light & Easy

Trends it's Time We Ended

Just step back, and quietly walk away.