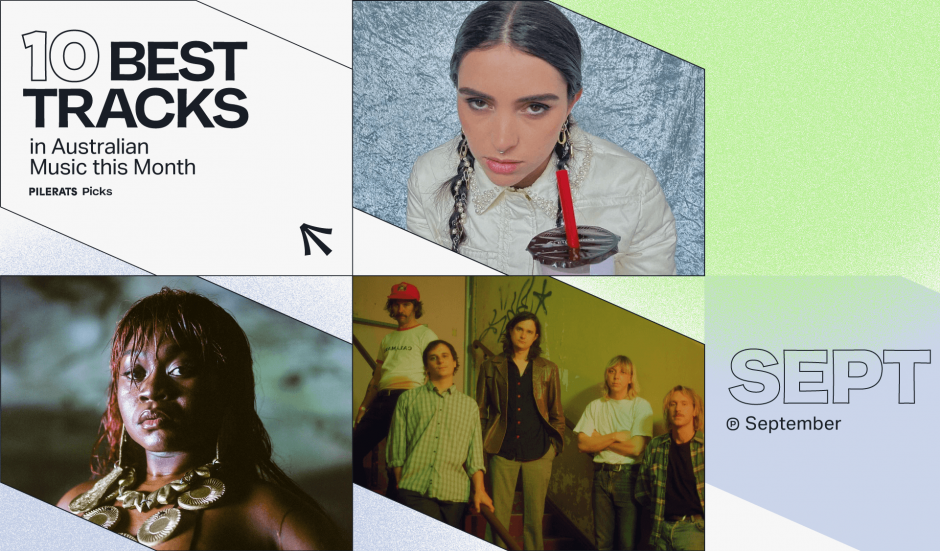 As the sun sets on another month of great Aussie music, we took some time to go through some great album, EP, and single releases to compile our favourite 10 tracks from September.

With his highly anticipated debut mixtape imminent, the Boorloo/ Perth based rapper-songwriter continues to grow his expansive sounds, digging deeper and becoming a tad more experimental with this irresistibly smooth hip-hop take.

Strumming and drumming their way from their suburban living room into the ears and hearts of listeners around the globe, the Naarm/ Melbourne duo weave breathtaking melodies drenched in euphoric harmonies in this sweet yet melancholic track, taken from their sixth record Me and You.

In the midst of a nationwide tour together, Mulubinba/ Newcastle based producer and DJ Mall Grab teams up London-based aussie producer/ longtime friend Loods for a groove-laced ecstatic disco-house track.

The harmonious voices of Naarm/ Melbourne based singer-songwriters Loretta and Ruby intertwine, as the pair address the realities of ageism and misogyny in this rollicking and anthemic celebration of female friendship on the road.

Fresh from Listen Out stages, The Naarm/ Melbourne based self-taught producer continues to refine her brand of OG underground dance music styles with modern pop influences with this potent percussive jungle and synthy alt-pop tune.

Taken from her latest LP As Above, So Below, The Zambian-born Botswana-raised poet and rapper teams up with rapper-singer-actor Joey BadA$$ for this huge track, evolving from hazy and spiritual to straight up fire.

Recently taking out the West Australian Music (WAM) song of the year in the Hip Hop/ New R&B category, the genre-blurring outfit reach anthemic pop perfection with this bitter sweet track taken from their sophomore EP In The Thick Of It.

Lifted from their sixth full-length studio album Rapscallion, the Naarm/ Melbourne-based rockers venture through the realms of stoner-rock to the more primitive edge of post-punk with this melodic and explosive track.

Listen to the full playlist: 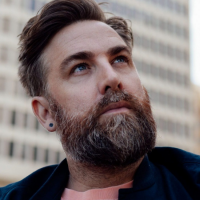 Learn from Josh Pyke and his latest podcast, It’s Raining MentorsThe singer-songwriter talks demystifying the music industry for emerging artists and himself, one question at a time. 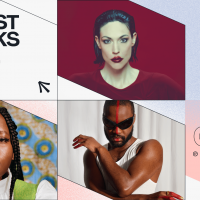 The 10 Best Aussie Tracks of October '22From hip-hop to art-pop, techno to straight up rock, take a listen through our top picks from the month that was.
Light & Easy