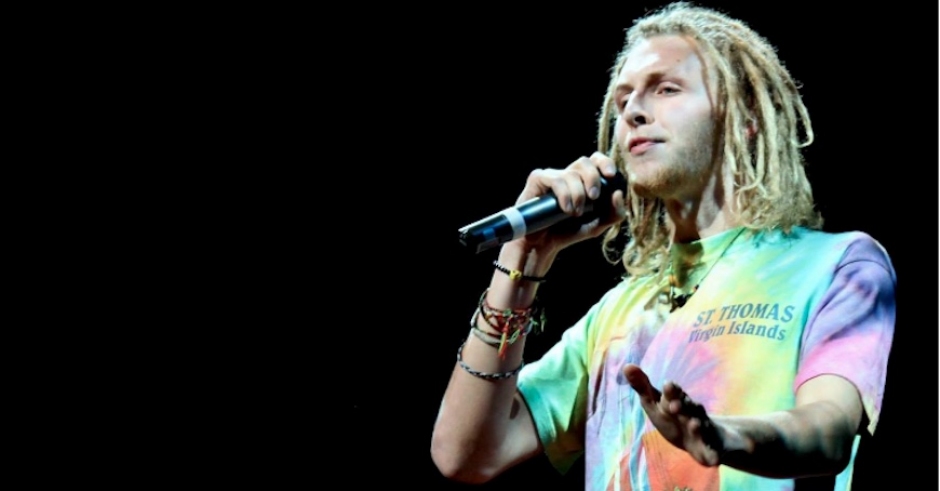 Rory Lowe is a Fremantle comedian known almost as much for his party antics as his story-telling comedy. The blonde, dreadlock-sporting Englishman has endorsements from Tame Impala to Kevin Hart, and had a crazy 2016. Looking forward to 2017 Rory is fresh from shows at Southbound and Falls festivals in his home state and is gearing up for 150 shows this year alone, starting with a packed Fringe Festival schedule and his 'The Hitchhikers Guide To Australia' show. I had a chat with Rory at his favourite watering hole on Wray Ave in Freo.

So obviously, we’ll start up with your Aussie Lion King edit, what gave you the inspiration for that?

Dude I was just in the shower and my sisters were watching it and I heard the change up and it just sounds the same so it wasn’t like a meticulous thing at all. I didn’t think, Hhow could I relate Australian culture to Disney?’ It was just a stupid thing which I figured would be cool. I posted it and sent it to UNILAD, they didn’t get back to me but posted it anyway. My friend called up and said it was going HELL well, I had no idea. I said ‘yeah man its got like 2000 views like siiiick’, and he said ‘Nah it’s on UNILAD man it’s got like 2 million views!’ My immediate response was, ‘Oh shiiiiiiiiiet.’

Awesome, have you always looked at stuff for comedic value? When did you realise, I can do this?

You recently went to Singapore and Malaysia, how was that?

Yeah well in Singapore it is illegal to be gay so the rest of that joke didn’t go down too well but it was amazing there everyone loves arty and creative people so I loved those shows. Malaysia was a lot more relaxed so I could use my sexuality material. I experimented when I was younger. I thought I was gay. I wasn’t. But hey, I’m not running into gay clubs shouting; 'Do you know what dicks do to your body? Do you know what dicks do to your insides? I had a cock once and I threw up everywhereee!'

I love the merit and moral behind this joke because I firmly hold the opinion of sexual equality. It was interesting telling that repetition joke in a predominately Islamic culture.

You were hanging with Kevin Hart earlier this year, how was that backstage?

You know it was awesome man. They were gambling with Benjamins ($100 bills), like it was nothing and Kev had a professional barber travel with him everywhere. He needs a fresh trim before he goes on you know. I got on well with the barber he taught me some cool things for an indoor 420.

When did you meet Tame Impala and how did you come across opening for their Big Day Out gig? They gave you a massive shout-out right?

I just met KP and had a massive fan boy moment but then he thought I was pretty cool too so we had a verbal tennis match - KP: 'You’re awesome dude.' RL: 'No way man you’re awesome dude!' And it went on as we were drinking so then he asked me to intro Tame at the last Big Day Out. His manager was not cool with it but as I came off stage he basically said I was alright and that was all the praise I was going to get. Regardless it was a lightbulb moment.

You check out Rory Lowe's Fringe show The Hitchhikers Guide to Australia at Perth and Adelaide Fringe Festival: 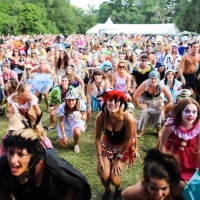 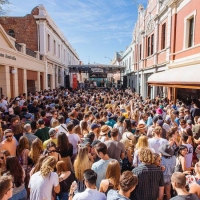 Some hot tips for who to catch at this year's Laneway FestivalFrom Camp Cope to Tourist to AURORA, here are our picks of the bunch on a stacked lineup.
Light & Easy