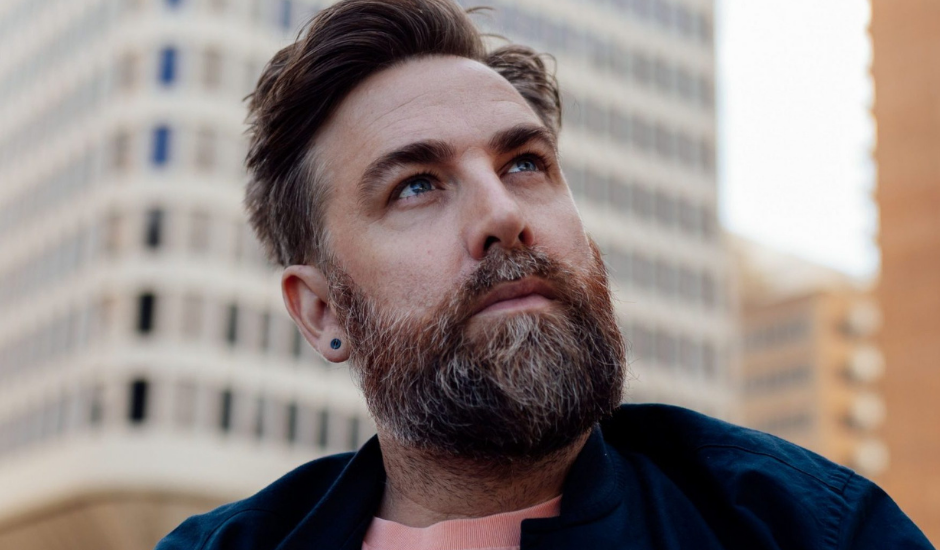 With the varying facets such as record labels, booking agents, and for those who remember prior to 2020 - the live music scene, there is a lot of nooks and crannies to be explored within these roles and how they fit together to create (as 2020 ARIA statistics reports) a $542 million industry.

We got on a phone call with ARIA award winning artist, children's book author, and founder of Busking for Change Josh Pyke to learn a bit about his journey in the industry, and a new podcast hosted by himself and Elana Stone titled It’s Raining Mentors. 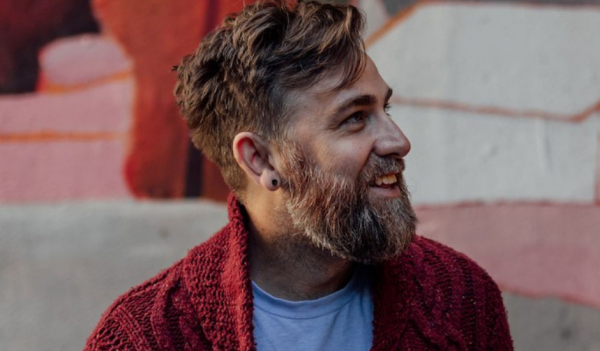 To start off, we wanted to find out first hand what the music industry can be like. “For me, it was just incredibly overwhelming. I had never trained in music, I didn't really know any other musicians, I didn't really have a background in music beyond what I did with bands and stuff like that. So I really had noone to ask, no contacts to ask about like what a record company did, how to get your song on the radio, what a publishing company is, what APRA does, you know - there’s a lot of moving parts in a career in music and I just had no idea what all those parts where. So for me that was the most confronting thing, just literally not knowing anything."

"It’s very different now, but for me, I started out trying properly in 98’ or something, and back then there was no real information online, there were no courses, you couldn't really find interviews and stuff online. So it was a lot harder. I think it would be a lot easier now. I would encourage anybody to really go down the rabbit hole on interviews and stuff you can find online and information on websites, go to the websites of the companies that you’re wanting to explore, and find out what they do. But back then, there was really no access to that at all.”

It’s no secret that the industry was, and continues to be significantly impacted by the global events of the past few years, as it continues to find new ways to adapt and survive - adding a nice thick layer to the confusion many already have to the many ins and outs. Luckily, award winning multi-instrumentalist Elana Stone (from All Our Exes Live In Texas, plus recording, performing and touring alongside the likes of Missy Higgins, John Butler Trio, Kate Miller Heidke, plus so many more), and Josh Pyke have teamed alongside the Australian institute of Music (AIM) to present this podcast.

Elana and Josh go back quite a bit, the singer-songwriter explaining “We’ve been friends for years, we actually went to school together many years ago and reconnected as musicians years later. We've done a lot of production together, I co-produced a couple of her songs last year, she’s performed with me heaps of times, and we just get along really well, and where chatting about working on a project together, and we thought this would be great because the both of us come from different places. Elana has worked as a session musician, a touring musician, she's been in lots of bands herself, she's a solo artists, she's of course in All Our Exes Live In Texas, and she's an experienced woman in an industry where often, or at times it hasn't been the best environment for women to work in, so her perspective is really important. And I’ve come from a background of having worked with indie labels, major labels, having done my own solo stuff but also back in the day being in punk bands, and doing stuff independently as well. We just kinda thought that between the two of us we had a pretty good breadth of experience to ask these industry experts questions that might otherwise get left off the table from people that might not have the experiences that we have.”

The duo seem to be well fit, with history and a chemistry that just works. The spark of inspiration to team up on a podcast came from Josh as “an idea that I'd had for a while, and I just approached Elana because I couldn't imagine, you know, doing it with anybody else. We have a really great rapport, we work together heaps, and during one of the first lockdowns, I did like a little internet series called chats with mates, and we were chatting online, obviously via zoom, because, you know, everyone was in lockdown, and we just got along so well in that context, I thought it would be great to do the podcast with her.”

But why mentors? What role do they play in the music industry? “Well, it's not just the music industry, I've found over the years I’ve been a mentor, unofficially to a few musicians over the years, and I think that it's been very valuable to them in terms of sharing knowledge. There's a bit of a misconception that musicians are kind-of always in competition with each other so they don't want to share knowledge, but I’ve found over the years that people have just been so generous with their knowledge to me, that I’ve tried to pass that on. It’s just little things like when I first started touring, one of the first tours I did was with Bob Evans and we’re the same age, but he'd been already touring professionally for almost 10 years by that point, and he was incredibly generous with passing on tips about touring, tips about performing as a solo artist on stage. I learnt alot from his tour manager at the time Jason just about what you have to do on the road, even things just like how to pack better to avoid excess baggage. Little things that are small, but when you add them all up they’re quite important.” 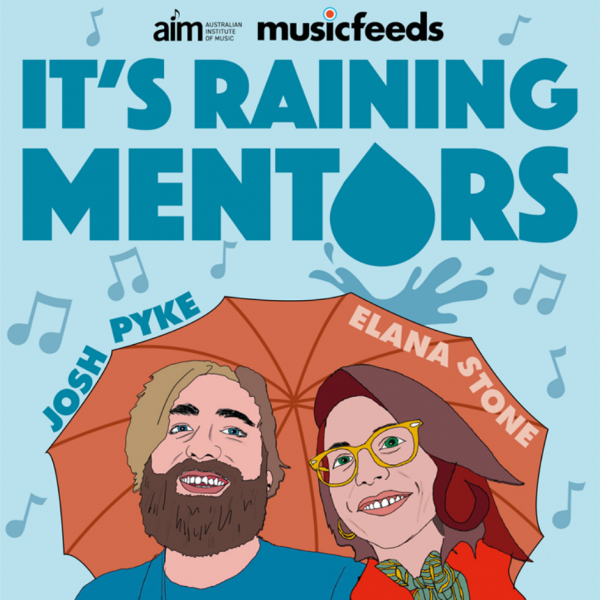 “A lot of the time we'll try to answer questions that we may have, because as much as we've been doing it for a long time, we still find ourselves going “well that right actually, what is the value of a record label these days?” Or “what is the value of a publishing company these days?” and we often are just talking about our careers with each other, and so a lot of the guests are based on our own personal interests and our own queries. Moving forward, we're hoping - which has already happened via Instagram, we're hoping that people who have liked the first few episodes will hit us up with questions and the sort of topics that they'd like us to cover, because that's it's really for, people that are emerging, it's not just for us. Hopefully people will ask us what they're interested in hearing more about.”

Episode one came out  two weeks ago, and was with special guest Stephen Wade, the founder of Select Music. An epic debut that was impactful for audiences and hosts alike. On the episode, Josh explains “What I loved about that one was that Stephen is still just, and actually this is what we found with all our guests, there's a tendency to think that it's like industry and then musicians. Almost like industry versus musicians. And I'm sure that that is the case sometimes, where musicians are getting taken advantage of by large organisations and stuff like that, but what we found is that at the core of everybody that we've spoken to, they're in it because they love music. We all know that in 2022 there are a lot of other industries that you could enter if you're just chasing money, you know what I mean. The music industry is probably not the place you want to go to if you really want to earn truckloads of money, but they're in it for the right reasons. That for me was a really encouraging thing to have confirme, particularly in that first conversation with Wadey.”

With a new episode out today, and more fortnightly installments to come, here’s what you can expect to learn more about:  “In the next episodes, we speak to the head of Warner Music. We also speak to the A&R director of Ivy League Records, which is an independent label. We talk to another booking agent, Katie Rin for a different perspective, and have a perspective of a female working in the industry in relation to mental health, and other stuff like that. Then looking ahead, we want to talk to people from streaming services, we want to talk about copyright, and how there are rights inherent in your music, and how that all works. After that, we'll talk to somebody from APRA and PPCA. We want to speak to somebody who's an expert in co-writing and learn about their process and how that works, working with other songwriters, essentially to write pop songs. So there's a lot of stuff we want to cover. There's way more than that, we want to speak to a totally DIY musician that is self managed, self produced, self releasing. So yeah, we really want to cover a lot of ground over the coming year.”

Episode two is out today through your favourite podcast provider. Listen HERE. 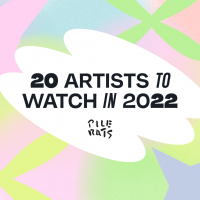 The Annual Forecast: Meet 20 Australian artists to watch in 2022Our yearly ones to watch list returns, highlighting artists from all corners of Australia that we’re tipping for big things in the year ahead. 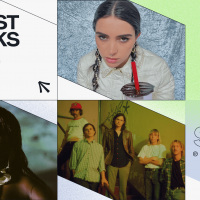 The 10 Best Aussie Tracks of September '22From ecstatic disco-house, hip-hop, synthy alt-pop, to stoner-rock, here are our top picks from across the nation for the month that was.
Light & Easy