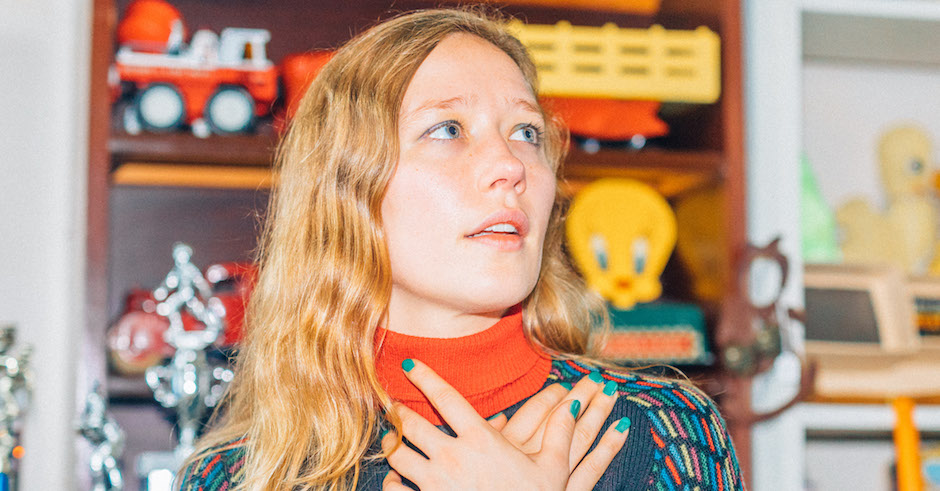 Julia Jacklin's 2016 record Don't Let The Kids Win was easily one of the best (and most under-rated) releases of that year, with the Blue Mountains-raised musician firmly placing herself on the map with a touching, 11-track exploration of her masterful indie sound, one that sits somewhere alongside artists such as Angel Olsen and Sharon Van Etten internationally. Her latest single, Body, is her first since last year's two-side Eastwick/Cold Caller and it's perhaps one the most emotive of the year, with Jacklin pulling together a beautiful combination of strumming guitar and fragile vocals that, in her words, sounds like a "very long and exaggerated sigh." It's the first single from a forthcoming album release scheduled for what is assumed to be early next year, and much like the rest of the record, the single's heart-wrenching feel is matched with its meaning: "[Body is] born from feelings of powerlessness when it comes to the impossible task of representing yourself the way you think is right; personally and professionally. When you feel like everything is for the taking no matter what you do."

While they've always been a cult favourite, last year saw Sydney two-piece Polish Club shatter whatever was holding them down and break free, doing so largely thanks to the release of one of the brightest and most refreshing Australian rock albums we've heard in years, Alright Already. It was raucous and sharp with the energy and excitement of a five-year-old on red cordial, something they've nailed once again with the first taste of album number two - Clarity. It's an absolute epic, packing all the signature Polish Club favour (and more!) into a punchy four-minute affair that is finished as quickly as it starts, with Novak and John-Henry upping the energy for a track that kickstarts the road to their sophomore. "It's still basically just me on drums and Novak on guitar and vocals," says John-Henry on the single, which arrives with a national tour you can find the deets on HERE. "But we've found ourselves writing music with more layers, more parts. It's definitely a different process to the last album."

We've talked a lot about how artists such as Charli XCX and Troye Sivan are redefining pop music in 2018, either making it more experimental through singles such as No Angel and the SOPHE-produced Girl's Night Out or more queer, with the latter releasing a brilliant new album in Bloom earlier this year. 1999 sees them link up for the first time with brilliant results, uniting the party-starting energy of Charli XCX with Sivan's smooth swagger - something demonstrated perfectly on Bloom - for a track that is more on the approachable side for Charli XCX, but still glistens with that stroke of experimentalism that has pushed Charli forward as one of pop music's most daring names. Also, as a side note, the lyric "I just want to go back to 1999 / Take a ride to my old neighbourhood / I just wanna go back / sing Baby, Hit Me One More Time," is brilliant.

Sydney rock four-piece are one of the more low-key acts on this list today but they're definitely one of the best. Over 2017 and 2018 particularly, the group have proven themselves to be a welcomed newcomer to the punchy rock scene, with their 2017 EP Ready Or Not introducing us to a band that is as snappy and sassy as they are care-free and punk. Tried To Quit is their latest and it sees them build from a pair of singles released earlier in the year - Alive and Space Cadet - uniting a roaring guitar line with a generally quite chaotic track that is built on tension, according to the group's Bec Callander. "I was immersed in the punk scene there [Melbourne] and all its debaucherous indulgences: drinking, smoking, generally not giving a fuck," she says on the single, which arrives with a horde of east-coast tour dates and festivals that'll take them through to the new year. "I was a rebel without a cause, except that of my own destruction. I guess in a way, I tried to quit on myself and I just couldn’t do it."

If you were one of the lucky people to head to Wollongong's Yours & Owls festival last week, hopefully you caught Johnny Hunter. Amongst a bunch of other names, their set was commonly referred to as one of the best of the festival, and if you've caught them at one of the many east-coast shows they've played thus far, chances are you can probably back that up. After a pair of singles, One Of A Kind and 1995 respectively, introduced us to the Sydney group, they've just followed it up with Cult Classic - a dynamic and edging single that unites their confident punk sound with the theatricals of a guitar-laden glam-pop; almost like a band such as LOSER or Pist Idiots met in a drama school. "Cult Classic is Johnny Hunter's personal signoff on scene vanguards and the ever bitter pursuit of success," says the band on the single. "Singing out to the prickly subject of fame, the song takes inspiration from a year full of high profile blunders in every corner of the world, made so widespread by the celebrity of its culprits. Artistry compromising its integrity, egos galvanised by backlash emerging as psuedo anti-martyrs, and the fear of all things new without some hype machine's seal of approval; these phenomena of the modern art world are spun up into tragedies throughout the track. A siren song to the culture cartel that is slowly breathing its last, Johnny Hunter know that you know, there is nothing quite like a cult classic." 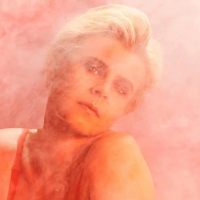 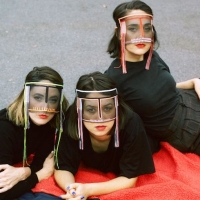