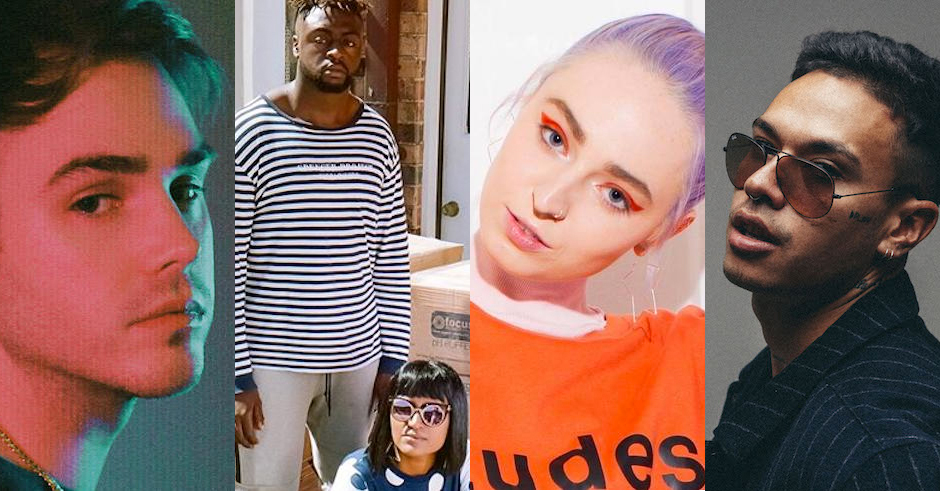 With the vast number of releases that arrive every week, it's easy to overlook or completely miss out on some absolute charmers. Our Mid-Year List, highlighting our 50 favourite tracks of the year so far, covered a lot of ground when it came to the cream of the crop, however even then, there were still a couple of pearlers still missing out - especially from Australian acts. In a bid to try to redeem ourselves a little while also putting a couple more acts on your radar, here's a bunch of lovely Australian music gems we wish were showcased a little more on release, - and with everyone from Muki and Clypso to Press Club and Turquoise Prince involved, there's a high chance there's something for everyone in here.

After featuring on Oh Boy's Love Me Right back in 2017, this year saw Melbourne singer-songwriter Sam Bluer leap out of the gates with an electrifying debut single titled Shift. Carrying the pop confidence of Troye Sivan and E^ST with the talent to match, Shift was a fiery debut that showcased the bright spark that Bluer possessed through his tall-standing vocals and captivating recorded presence, and with an all-star cast behind it (it was written with Maribelle and produced by YAAK and Tigerilla), it was destined to go on to do great, great things. Announced as the first of many releases to come from Bluer in '18, the charming single saw him sign to EMI imprint Night High and grab the attention of many - but it really had the potential to go that little bit further. Maybe if more people weren't so scared of being won over by unashamedly pop-centric sounds *man shrugging emoji*.

Released as the final track on her forward-thinking debut EP It Won't Hurt, Player saw Sydney bubblegum-pop sensational Muki at her most experimental. Further establishing her as Australia's PC pop queen, Player saw Muki unite her saccharine sweet vocal with a clanging, bassy trap breakdown and Japanese sampling for a single that really pushed the limits. While it's still feisty and sass-filled much like much of her other work, Player manages to cram every facet of Muki's captivating musical personality - from the bubblegum pop synth to the crashing bass drops that occupy her live show - into one quick-paced single that somehow doesn't come across overwhelming or messy.

FRITZ - Biggest Fool In The World

It seems that every second day we were harping on about the brilliance of Newcastle's music scene, whether it was at the hands of dance-punk saviours RAAVE TAPES or on the other side of the scale, the remarkably subtle and stripped-back sounds of Grace Turner. Rising young-gun FRITZ was one of the said examples, and her 2018 single Biggest Fool In The World well and truly established her as an artist to watch in 2018. It's dazzling and crisp in its execution, with FRITZ's hazy vocals sliding in above warm guitar melodies and a percussive pulse that keeps the single's pace in check. Despite its lo-fi DIY charm, Biggest Fool In The World was remarkably slick and well-made, setting herself up as a must-see at this year's Yours & Owls Festival - plus every other show she'll play for the rest of the year.

When listening to Slim Set's Cooked, there's a lot to take in. There's the darting, grime-infused vocal that twists and turns while the single's warping production pulses in the background - said production combining this intricately put-together percussion line with punchy, Sinjin Hawke-esque synth stabs that teeter over the edge of overwhelming. That said, it's masterful in its execution, with no side of Cooked feeling too intense. Instead, they compliment each other perfectly, the commanding vocals filling in the space the production leaves unoccupied, yet also pulling back and keeping restrained while the beat's punchy synth-line is in focus. The duo's Feed EP - which includes Cooked as well as its lead single Lazy - is a wild ride, but when it comes to 2018 singles, Cooked came out in front.

A couple of months ago we were introduced to the colourful world of FLUIR, who burst into the limelight with her dancefloor-seeking epic Change. Written and produced alongside PNAU's Sam Littlemore, Change is bright and infectious, combining this animated and lively vocal with Littlemore's characteristically sun-stroked, funk-house production laden with bouncy synth melodies and snapping percussion. It was a masterful display of attention-seeking dance-pop that was both perfect for the dancefloor and at home, positioning her as someone to keep watch on as we march towards the release of her debut EP later in the year.

Taken from their debut album Late Teens, Suburbia featured Australian garage-punk outfit Press Club at their best. The incredible album highlight showcases two very different sides of Press Club within the same four-minute bite, opening with a touching vocal line and stripped-back guitar melody that takes a solid thirty seconds to switch into their characteristically quick-paced and roaring rock sound, which charges underneath the attention-grabbing vocal of lead singer Natalie Foster - vocals that cut through the thickness of the single's climactic moments like a hot knife. It's complicated and contrasting rock music at its best, cementing Press Club's status as one of the highlights of Australian rock in 2018 - something which I think a lot of people saw coming as soon as their debut album was announced.

Two of this year's most exciting up-and-comers would have to be Sydney tropical-dance queen CLYPSO and Western Sydney's Kwame, who really came out of the middle of nowhere with his anthemic 2018 single WOW. Middle Ground, a single that combined the strengths of the two names into one forward-thinking single, gave us a crystal-ball-like look into the future of Australian music, uniting CLYPSO's warm, percussion-led production style with her bright vocals and punchy verse by Kwame, both of them proving their place among Australia's next-gen as they dominate their respective genres with their individual releases.

One of this year's most exciting hip-hop releases came from Turquoise Prince, who immediately caught our attention with his show-stopping single Lighter. It contains all the elements that have so far positioned Turquoise Prince as one of Australian hip hop's future leaders with an added shine, combining an R&B-leaning vocal with a percussion-driven beat that switches up between a variety of styles - from mellow and stripped-back to almost funk-like with its rattling sampling and punchy bass. It's just the start of a big year for the One Day member, a year that'll hopefully place him among the heavyweights of Australian hip-hop's current market where he deserves.

West Thebarton - Stuck On You

Taken from their May-released, eleven-track exploration of their typically punchy and rough rock sound, Stuck On You has to be one of the best songs Adelaide outfit West Thebarton have released thus far. Blending together this pace-setting punk-leaning guitar line with dense drums and their jagged and rough vocals, Stuck On You is a tearing and triumphant victory lap from West Thebarton who, release after release, keep climbing among Australia's growing punk scene. Arriving via James Tidswell's (of Violent Soho) Domestic La La Record (to which they are one of two signees, the other being Dear Seattle), Stuck On You is like the nostalgic sounds of Blur on Australian-made steroids, and we bloody love it.

Brisbane musician LALKA is one of the most unique electronic artists to come from our thriving electronic scene, keeping ahead of the curve with her adventurous and action-packed productions, one of the best of which being her 2018 single Shut Up. It's confident, bold and experimental, combining a hard-hitting industrial production reminiscent of acts like The Knife and Fever Ray (who, I guess, is one half of The Knife - so it makes sense) with her warping vocals, vocals that'll definitely catch you off guard even on your third listen. It's sharp and unsettling, maybe even slightly uncomfortable, but it's one of the most left-field and forward-thinking gems we've heard out of Australia this year, and we'll be damned if we haven't been repeating it ever since we came across it for the first time. 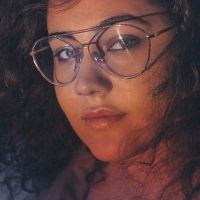 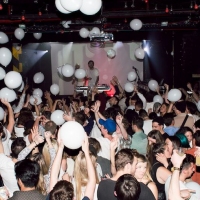 Team UNDR Ctrl share their favourite moments of the past four yearsTheir upcoming fourth birthday at Marrickville's Red Rattler Theatre is bound to join the list when it goes down on August 4.
Light & Easy