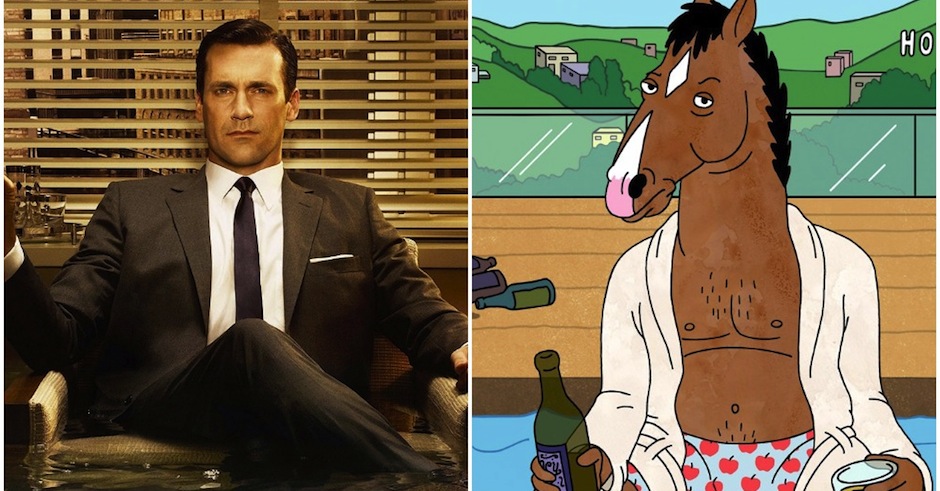 Ever since the comet that was The Sopranos blew a crater into the television landscape, TV shows have been obsessed with bottling the lightning that was creator David Chase’s particular brand of existentialism. Predictably, only few manage to provide audiences with a truly genuine and fascinating depiction of existential dread, one of them being, of course, AMC’s Mad Men.

Consider this scene from the award-winning period drama:

Don Draper, identity crisis embodied, looks out the balcony of his apartment on the Upper East Side. To his side is Peggy Olson, one of the only people he’s managed to share a genuine connection with. Don looks broken, having lost an important account in a moment of self-sabotage.

“Would that really have made you happy?” Peggy asks, if he had won that account.

“For a little bit. But then, probably…” Don lets the silence answer.

“Then what does it matter?”

“But there has to be more.”

“Well,” Peggy responds. “When was the last time you were actually happy?”

This strikes a chord with Don, and as the montage swells, Don drops everything and goes off on yet another escapade, driving away from the cold, unforgiving embrace of Manhattan, chasing yet another semblance of happiness that will never materialise.

The sequence is sad, moving, and meaningful; everything you would expect from a well-executed Mad Men episode – except it is actually a scene from Netflix’s BoJack Horseman, an animated comedy about a talking horse celebrity living in Hollywood.

As you can imagine, and as many BoJack die-hards have experienced, the abovementioned description of the show makes it kind of a hard sell, always accompanied by “I know it sounds crazy, but…” or “It’s good, trust me”. Or, if you’re me: “It’s kind of like the comedy version of Mad Men”, which I often follow with an exasperated “Wait, hear me out.”

But wait, hear me out!

As (hopefully) illustrated by my definitely-not-contrived switcheroo scene description above, Mad Men and BoJack Horseman share the same through-line:

Both shows centre on an emotionally detached, self destructive and alcoholic main protagonist struggling with existential angst.

The fundamental difference between the two series is a comedy-to-drama ratio that makes them so complimentary to each other: Mad Men is a workplace drama peppered with hilarious comedic moments, whereas BoJack Horseman is a situational comedy sprinkled with affecting dramatic themes. Don Draper’s descent from casual drinking to raging alcoholism played out as a troubling symptom of his increasingly broken psyche. Meanwhile, BoJack’s alcoholism is played for laughs.

But underneath their public personas – BoJack, B-list celebrity from a beloved 90s sitcom, and Don, advertising superstar and poster boy of the American Dream – both characters have a deep longing for human connection and a warped idea of happiness that remains elusive to them, thanks to their tendencies for self-sabotage. Both shows are at their most poignant when they penetrate their outward posturing and force them to confront their own insecurities. And the parallels between how two shows do so are uncanny in their bleakness.

In Season 1 Episode 11 of BoJack Horseman, ‘Downer Ending’, BoJack is forced to confront his flaws when his autobiography, ghost-written by Diane Nguyen, the one person he thinks understands him the most – is published. This leads to a heartbreaking confrontation between him and Diane:

This scene is a perfect encapsulation of what the show is about - moments of deep character work constantly punctuated by relentlessly sharp humor. This parallels aptly with a scene in the Mad Men series finale ‘Person-to-Person’, when Don calls Peggy for the last time to address his shortcomings.

In this scene, Don gets from Peggy exactly what BoJack desperately wanted from Diane; reassurance that deep down, despite all his destructive behavior, he is still a good person. As you can see, that reassurance from Peggy is not enough for Don. It would not have been enough for BoJack either. Because life doesn’t work that way. You don’t get self-enlightenment from other people – you find it within yourself.

We may have seen the last of Mad Men, but Don Draper has passed his Coke-shaped baton to his fitting successor, BoJack Horseman. And as the third season aired on Netflix last Friday, I will be filled with equal excitement and dread as I binge-watch BoJack’s hijinks as he continues his pursuit of happiness. Because what is happiness? “It’s a moment before you need more happiness.” 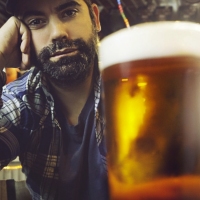 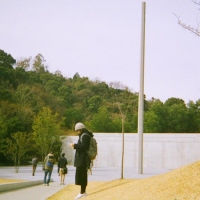 The Characters You Meet While Travelling SoloThe intriguing inhabitants of hostels and backpackers worldwide.
Light & Easy