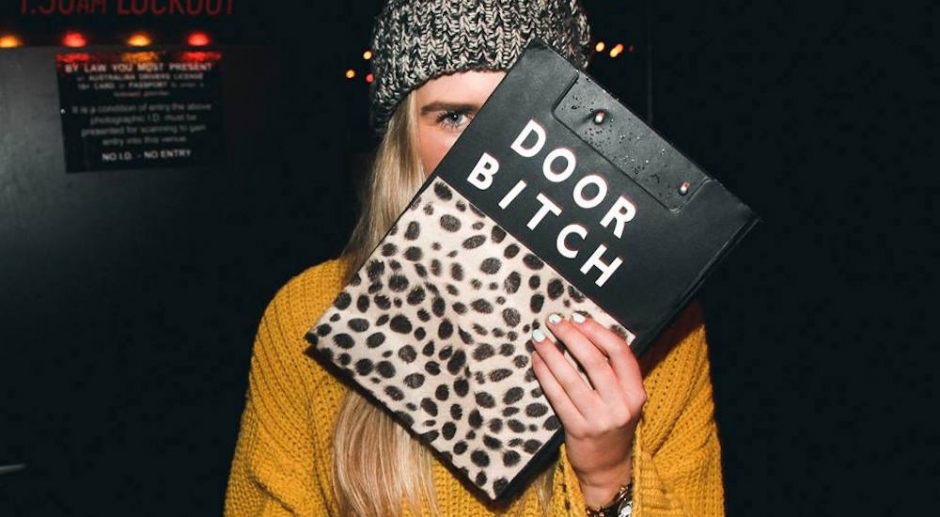 As soon as I turned 18, I became what they call a chronic clubber (Well, it’s what I called myself - a term I like to think that I invented). I would club and drink and dance at every single chance I got. I would go out on Wednesday, Thursday, Friday, Saturday, Sunday, deal with the hangover for the next two days and then repeat the process. And I loved it.

But like most things, the novelty wears off. Now, I cringe at the thought of being that dirty, sloppy drunk girl stumbling in her heels not knowing what year she’s in - time wise, not high school wise. And the reason why I cringe is because I started to work as a door girl. The job description most commonly known as “Door Bitch.”

I work as a door bitch fairly often until 2 or 3 in the morning, taking cash, checking VIP lists, giving stamps for entry. But more often than not, I’m rolling my eyes when yet another drunk human stumbles into me and breathes warm alcoholic breath into my face. Once, I even got spewed on by someone who was coming down a flight of stairs. It was all through my hair and all over my back, too - rad.

My point? Though fun at times, it’s a tougher gig than it looks. That doesn’t mean I don’t like it, though, and here's a bunch of reasons why being a door bitch is the best worst job ever:

You're basically being paid to be out. 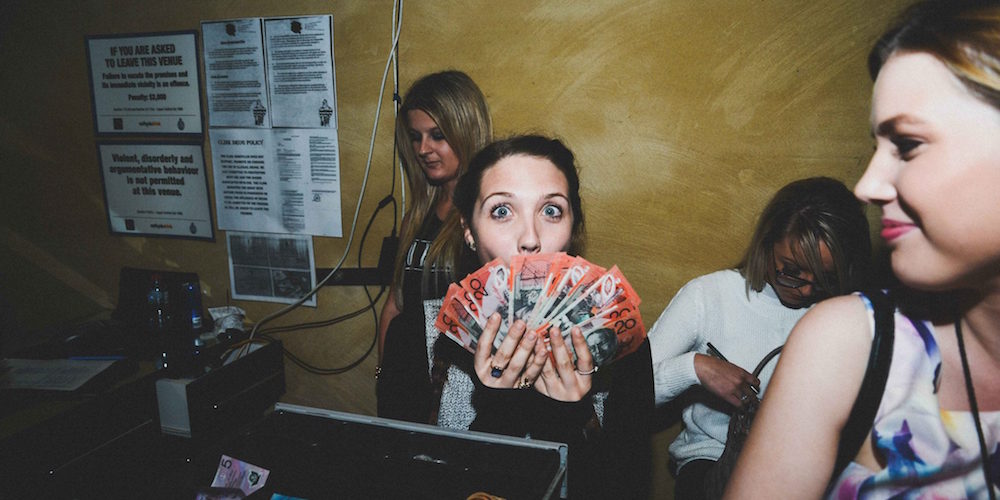 You get to judge the absolute fuck out of people AKA people watching if we're being nice.

That girl with her boobs popping out of her top? The guy with the ratty squeezing her ass? You’re (mostly) sober, they’re not. You see everyone and everything, in all their glory. Embrace it.

You feel as though you have had a night out.

You were there (sometimes you party), you saw the people you would see if you were out, you didn’t spend any money and you drive yourself home with a pay-check. Game. Set. Match.

You can drink on the job if you want to.

Nothing like a bit of alcohol to put you in a better mood when dealing with drunk people. If you can’t beat em, join em! (Oh and it’s free). 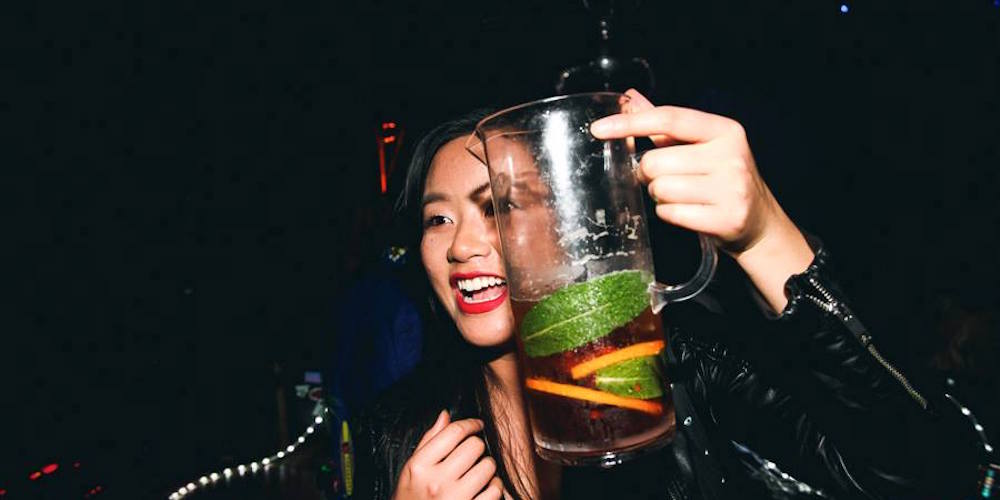 You get paid to be a bitch.

Literally. Got tough skin? Angry at something? Take it out on the drunk idiots that try to slobber (or vomit) on you. It’s your job.

When people you hate rock up.

You know the ones, the people you went to school with who treated you like shit. Watch as they suddenly try to become your best friend. Don’t worry, they haven’t changed their minds about you, they just want a bit of door girl love. Send 'em packing with a toothy smile and watch their utter disappointment when you charge them full price. Now you’re even. 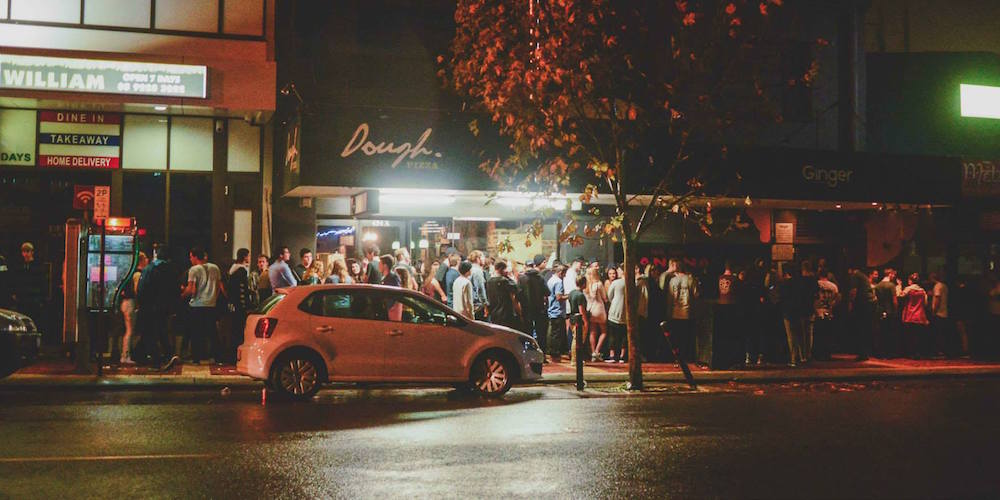 You witness the drunken mistakes.

The fights and all the drama that goes on. And believe you me, drama goes on, and you've got front row seats.

You no longer desire to be that drunken idiot.

That drunken idiot will become your worst nightmare. Never again will you want to be the one who can’t stand up, fumbling with your wallet, arguing about the price, crying when you lose your phone or being carried away by security. 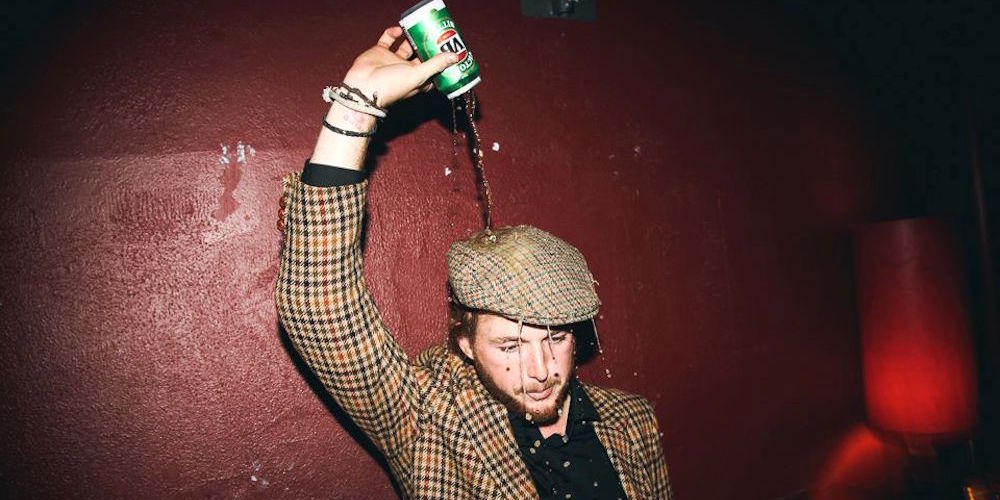 You make friends with security.

Actually. You’re no longer the one out clubbing and shaking security’s hand, or hugging them with fake hellos in the hope that they will let you skip the line. No, you are right beside them, dealing with the same shit they are.

Or at least, continue to be if you’ve graduated from clubbing to become a door b*tch. Early hours of the morning are your forte, and Redbull is your soulmate.

You decide who is a VIP and who isn’t.

Well, to some extent. The list decides, really. But you get to watch looks of frustration and disappointment when you say that someone’s name isn’t printed on that list. And you know all too damn well because you’ve been there, done that. Now you’re the one with the pen and the power. Hottie no. 1, come on through. 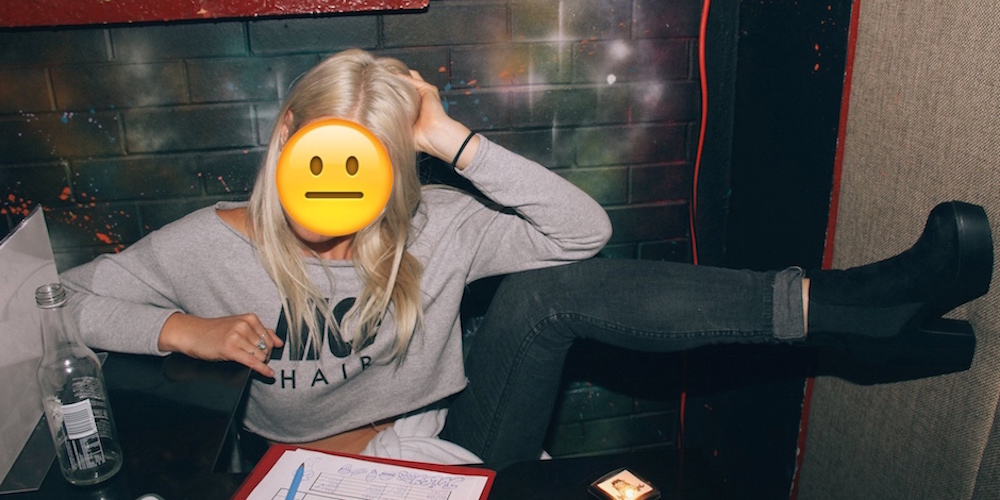 You get to dance!

The entire time the background music is usually a pretty damn good DJ (if you work at the right nights). Be an idiot if you wish – no one else will care. And if they do, well, chances are they won’t remember anyway.

Your phone will implode.

You might not think this is a good thing but it’s pretty entertaining to watch countless messages come in from everyone that you know. “Can you get me in?” “Hey any chance of VIP?” The best advice I have for you is to simply turn it off.

You can laugh at people who gasp at the price...

When you say “That’s $10, thanks.” Oh the absurdity! They’ve head out for another night clubbing and can’t believe they have to pay entry? Puuuhhlease, you knew you were going for a night out, you’re clearly spending money on drinks, pay the entry and hustle your way to the D-floor my friend, door girls ain’t got time for you. You’ll also be surprised at how many people go out clubbing with zero dollars cash on them. How do you do it, guys!? And if you haven’t got enough money in your account to extract cash, get yourself home to bed and re-evaluate your life.

Or alternatively, get a job as a door bitch.

By Annabel Owen, who also runs her own blog called Black, White and Read. 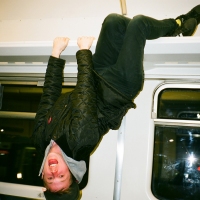 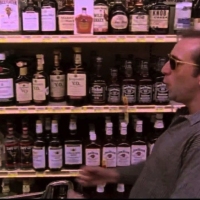 CinePile: Movies To Sober You Up This Dry JulyDrawing strength from the suffering of onscreen drunks.