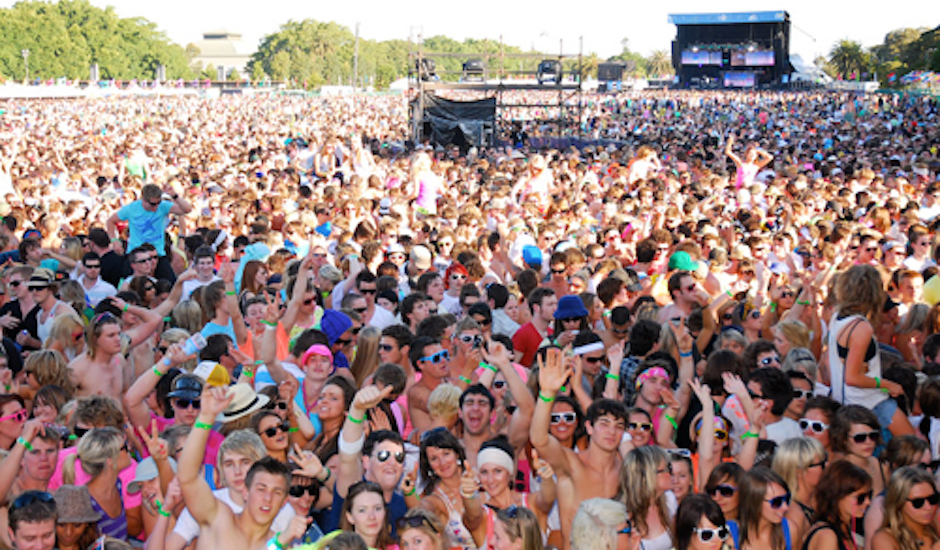 The ‘Best Australian Festival Lineup’ is one of the country’s most-argued musical titles, and typically speaking, the same few events are thrown into the ring year-in and year-out. There’s the classic Splendour In The Grass, whose lineups have always been strong thanks to their budgets and buying powers, but a few specific years always stand out: 2011 (Kanye, Coldplay); 2015 (Outkast); 2012 (Jack White, Bloc Party). Falls Festival 2015 is usually in the mix too - and who can blame them, with Foals, Bloc Party and Disclosure leading the way - as well as Laneway 2017 (which is stacked top to bottom), Soundwave 2013 (a.k.a. the Metallica year), and almost every Big Day Out there was until its eventual demise.

However, one that often gets left out is Parklife. Run by Fuzzy, the touring festival was the predecessor to what’s now Listen Out - which came from the ashes of Parklife’s event as an ‘intelligent dance event’ featuring the off-kilter and left-field sides of dance music - that every year, captured the brilliance of the world’s music scene in one of its most glorious times: the mid/late-2000s.

There’s no secret that nostalgia for this time is immense - just look at the reaction to Faker’s reunion just yesterday - but it’s difficult to highlight just how brilliant Parklife’s lineups were every single year, at a time where Australia was still a little blimp for international acts who often, would spend much of their time within the US / UK / Europe festival spaces.

In 2007, the gave us Justice and M.I.A. amongst local heavyweights like AJAX and Muscles. In 2008, Soulwax and Dizzie Rascal were wedged in-between Peaches and Diplo and Van She Tech. In 2009, there was Empire of the Sun and Crystal Castles; 2010 gave us Missy Elliott (!!) and Soulwax amongst early Flight Facilities and The Wombats; while Nero, Katy B and SebastiAn led 2011’s lineup. Every single year was stacked, and it’s quite a journey looking through the lineups and finding now-heavyweights play at 1PM on a side-stage, while old favourites that you’d now dream to see on lineups play headline slots which made sense back in 2010.

However, one that stands from the crowd and will always be one of the best festival lineups of all time is Parklife 2012. It was the final hurrah before it changed to Listen Out in 2013, and a festival that seemed to summarise the brilliance of Parklife through its various peaks. Almost every single act on the festival is a star, whether it be back in the early-2010s peak or now some nine years later, where some of the lineup’s smallest names would be a rare sight even a-top of Australia’s biggest festivals now. 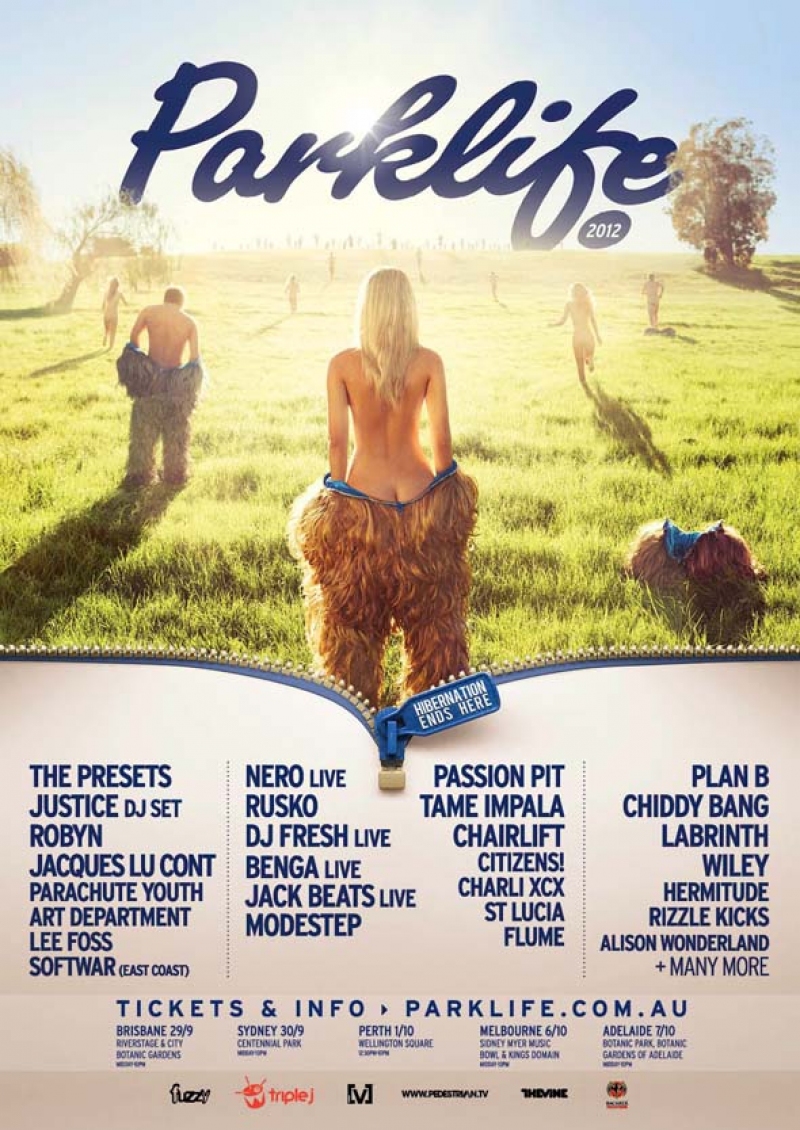 Let’s start from the top. The festival was headlined by The Presets, who were coming off their 2012 record Pacifica - a worthy and still overlooked follow-up on 2008’s break-out Apocolypso. They were one of the first homegrown festival headliners; an act that had a worthy place amongst the international heavy-hitters they were seen as the big-ticket movers in that time, both for Parklife specifically and Australia’s festival lineup as a whole. There was also Nero’s live show coming the year following Promises and Crush On You’s arrival, and Passion Pit at the height of Gossamer - aka the album that gave us Take A Walk.

Underneath those, however, the festival didn’t drop off. On one stage, they had Justice - one of the biggest and most prestigious dance acts in history - playing amongst the iconic Jacques Lu Cont and UK favourites Plan B and Chiddy Bang, who at that point, were unavoidable within the international hip-hop space. Underneath that, was Hermitude - playing fresh at 1:30 PM, almost the polar opposite of where they’d play now - and Parachute Youth, while the festival’s opening act was Alison Wonderland - someone who would probably headline the whole thing if it ever came back.

On the second stage - the Atoll stage - they hosted Robyn of all people, someone who needs no introduction at this point, but desperately needs to revisit Australia once this whole coronavirus situation is at ease. She played after Passion Pit, and before them, was none other than Tame Impala at the height of Lonerism’s runaway success, followed by grime pioneer Wiley and now-finished UK duo Chairlift, one-half of which shared one of 2019’s best records as Caroline Polachek. Right at the bottom of this stage is two other now-headliners: UK pop experimentalist Charli XCX some eight years before she’d headline another Australian festival, and… well… Flume, who played at 1 PM that day.

The Parklife 2012 lineup keeps going. On their third stage, they tap into one of electronic’s then-upcoming genre niches by booking Modestep, Rusko and Benga amongst people like Labrinth and Luke Million, then coming off the release of his Arnold single. On the other two stages, were localised lineups that seem to transcend the different sides of Australia's music space: Uberjak’d and Seek ‘n’ Destroy in one city; Surecut Kids (one-half of which being now-electronic-favourite Paces), Peking Duk, Go Freek, Crooked Colours and Shy Panther in other cities. Even the damn Bondi Hipsters were thrown into the mix.

It was really a snapshot into the brilliance of an entire music space before it bowed out into different forms of commercialism; a lash hurrah for an entire era in a way, that celebrated its biggest stars while elevating others that would eventually grow to this point. It’s a festival that seemingly knew it had reached its final bow, and in turn, attempted to highlight the many pockets that it aimed to spotlight over the years, both locally and internationally.

It’s tough to find a festival lineup with three strong headliners nowadays (or, now specifically, any at all - but that’s another discussion), but Parklife had aplenty back then, even if they weren’t too aware of it at the time. Take a Listen Out event, for example. Since its inception, Listen Out has grown into a similar beast to Parklife, centring itself on this core intersection of hip-hop and dance music. If the event was to go ahead in 2020, Parklife’s 2012 lineup could probably provide about a half-dozen strong headliners:

Plus a wealthy undercard that’d be celebrated:

There were issues with Parklife 2012 that wouldn’t necessarily fly in 2020 - gender diversity one that stands out, but it wouldn’t do too bad comparative to 2018/2019 festivals - but back in 2012, as they celebrated a final dance, Parklife was about as good as it gets. 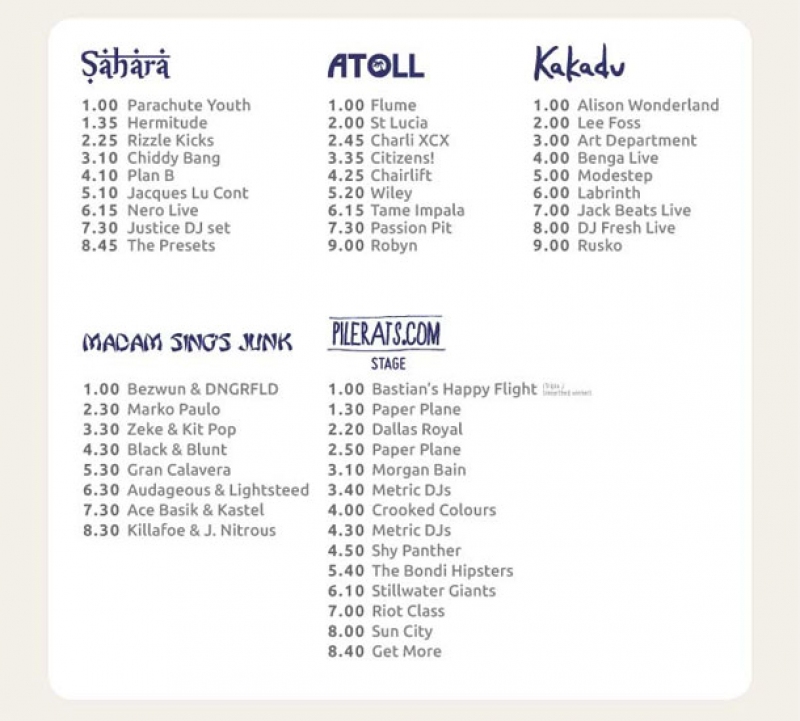 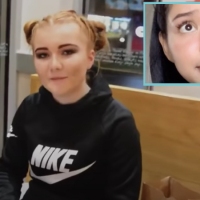 The (cooked) history of M to the B: UK grime diss turned TikTok memeOriginally going viral in 2016, the song was initially a diss between two rival grime rappers. Now, it’s the soundtrack to TikTok’s most-liked video. 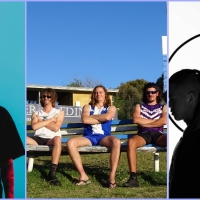 September in WA Music: SLUMBERJACK, Dennis Cometti, TWERL + moreAll this, plus new tracks by Segue and Cosy in our monthly recap of local music.
Light & Easy