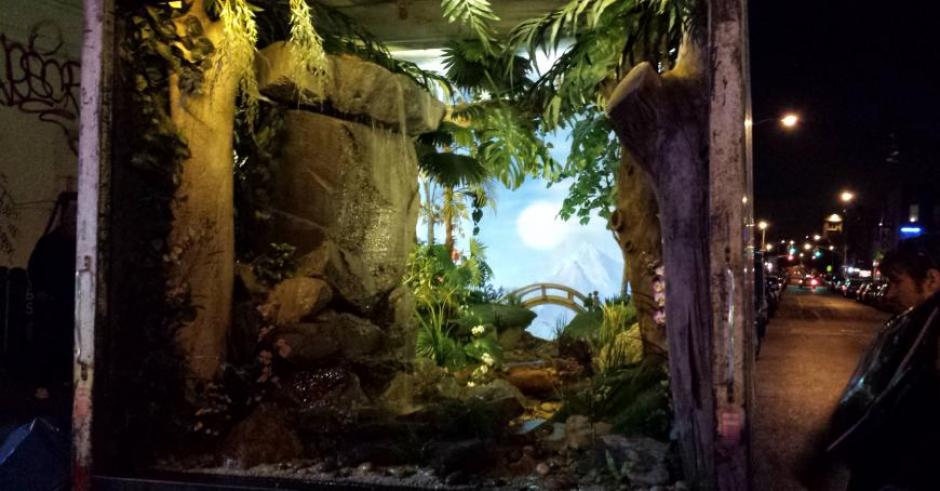 This doco focuses on the ‘month of mayhem’ that overtook New York in late 2013, when elusive street artist Banksy left a different work of art – some scultptural, some paintings, some installations - in a mystery location, every day for a month, for people to find. Director Chris Mourkarbel capitalised on the multiple videos and photos fans discovering the works took, to effectively crowd-source the footage for his documentary.

This doco expertly conveys the sheer awesome spectacle and giddy excitement of the event, that effectively brought together a whole city of art-lovers. There’s also tension (the NYPD were on the trail) as well as a nice rumination on the value of art, as we watch footage of enterprising gallery owners who were literally extricating and crane-lifting Banksy’s works out of brick walls to sell them, and see Banksy give his work anonymously to a street market vendor to sell for the best offer he can get – pieces worth thousands are sold for $60, with marketgoers presuming them to be knockoffs. Likewise, If you’re interested in explorations of fame and identity there’s a lot of fodder here: Mourkarbel  reflects on how the fans’ experiences and the commentary they offer via the Internet, become a part of the work itself, as much as Banksy’s original output.

Beijing-based journalist / filmmaker Alison Klayman’s behind-the-scenes look at the life and work of internationally-famed Chinese artist Ai Weiwei, who had the government on his back as he performed politically-charged public art projects (they eventually demolished his studio), and perservered like a freakin’ hero with his art in the face of repression.

Klayman had unprecedented access to Ai Weiwei for a few years, so you get a really intimate look inside his artistic process, as well as the chance to step inside his family life, and be there through his clashes with the Chinese government. The way he used the Internet to gain support for his message abroad and sidestep government censorship was also super cool to watch. It’s a great overview of not just an important artist, but wider contemporary China. He’s also just a really interesting and eccentric dude – even if you don’t like documentaries, you’ll like Ai Wei Wei enough to enjoy this.

Werner Herzog, the "crazy" Oscar-approved German director behind Grizzly Man (and back in the day, one of the young directors at the forefront of the New German Cinema movement) made this doco in 2010 about a cave in the South of France decorated with cave paintings over 30,000 years old. Because the cave was soooo old, Herzog could only go in there with three people (so it has Blair Witch-y small group in the wilderness type vibes), and because he wanted it to be really special, he shot it in 3D - inventing special 3D cameras to capture every angle of the oldest known ‘art’ to mankind.

Because it's not just entertainment, it’s history in the making. Herzog basically becomes a historian as he excavates these paintings, commentating on their similarity to contemporary art as he goes, sometimes making quite poetic observations. This film is a pretty valuable social asset – it’s pretty cool we have a two-hour film that can teach us more about the foundation of art itself than any history class can. The way he captures the drawings is suspenseful, detailed and beautiful, and at times, the flickering shadows – the potential presence of ghosts of humanity past - send actual shivers up your spine.

EAMES: THE ARCHITECT AND PAINTER

The film goes into the LA office and home of designer couple Charles and Ray Eames, a husband-and-wife team who combined their skills in architecture and painting to redefine furniture design in America in the 20th century, coming up with not only iconic chairs, but practical design solutions for photography, splints for WW2 soldiers, and having headed up some massive corporate design projects.

You get to look inside their absolutely dreamy home, and it’s exciting to watch the innovations they come up with, and how they anticipated the digital age (their animation Powers of Ten basically was what Google Earth became). The nostalgia / pioneering vibes make it kind of like a long-format version of Mad Men. It’s cool to see the symbiosis between them as a couple, too – how well they complement each other creatively.

CUTIE AND THE BOXER

The Shinoharas, a well-known Japanese couple pursuing art careers in New York since the 1970s. This inspiring and adorable documentary chronicles the ups and downs of Ushio Shinohara and his wife, Noriko, 20 years his junior, both accomplished artists with different styles. The film examines the emotions at play between a couple in the same profession / scene – the downsides (competition, jealousy, conflict) and the upsides (collaboration, inspiration, support). 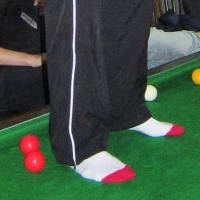 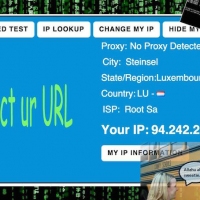 Is it Time You Invested In A VPN?Tony be damned, it's time to go into online hiding.
Light & Easy