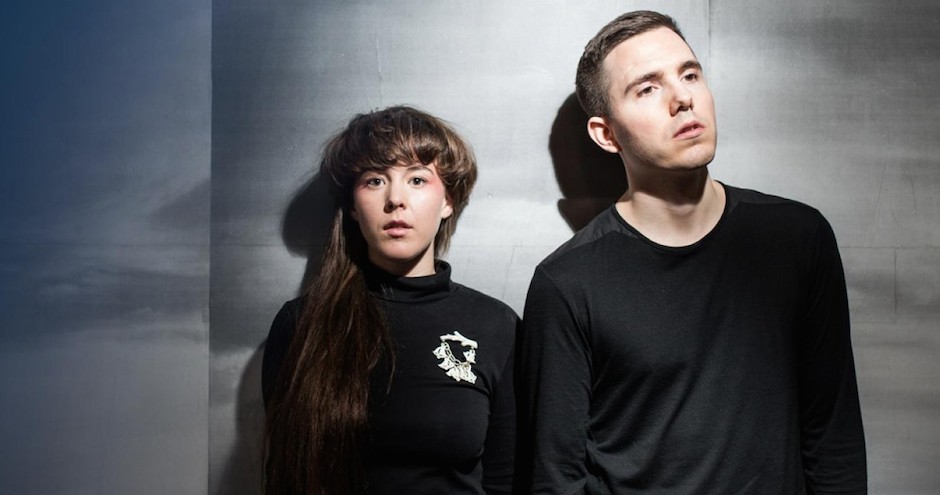 Before the cream of the emotion-packed electronic music crop drops on our shore this weekend, I caught up with Megan James of Purity Ring to talk about all things music, sexual dancing, and writing albums.

Hey Megan, how’s everything been going?

We finished our US tour at the end of November and well we are home for December and January, it’s hard to have shows around this time of year over here.

That’s interesting, over here it's summer and holidays and festival season. So many shows on right now and coming!

Haha yeah it’s dead over here, good to know though, we should tour Australia in December next year.

Oh well Laneway is pretty close! Have you guys played Laneway before?

No we did Splendour In The Grass. It was awesome but we are so excited for Laneway, we have so many friends from Canada playing like Health and Majical Cloudz and Grimes, it’s going to be a party.

Yeah I’m excited for those people too! Especially Majical Cloudz.

Ugh their new record is so beautiful! I was just listening to it yesterday.

Nice! So with new music, are you feeling inspired?

Yeah we are trying to write consistently, I can’t really say much till the song is finished but we wrote on tour. And we work really slowly, we don’t really punch stuff out.

I prefer albums, it's quality over quantity for me.

Have you always preferred whole records over doing EPs?

Yeah, we are an album kind of band, we listen to albums, and write them. We just believe music is to be ingested this way for the best result. We both feel like connecting things together through multiple songs is the best. And we are two people, we don’t always have the same ideas so it takes a little bit of extra time to get to an end product. But when it's good we are both like 'Fuck yeah!'

Do you ever find people overlook you as a band and just think you make sick beats? I mean I know your albums are telling a story because I’m a fan lyrically. But because an electronic album has a space to be played in a nightclub/dance stuff it can be misrepresented?

Yeah, I have a lot of feelings about what you are saying. Creatively I always want to tell a story, I want to describe a time and an emotion and I want to do it right. I want to be a musical fairy tale you know? Most of what I contribute to the band is lyrics and melodies. If people don’t hear that or don’t have an appreciation for that I get really frustrated and go down the rabbit hole and think 'Well what am I here for?' But sometimes if people don’t hear the words they’ll often hear the melodies and what it contributes to the songs, but I feel like most of our fans get it. I think to be a fan you have to know that we write whole songs, not club music.

Yeah I agree, I’m a big fan, I love Saltkin. It’s my favourite song and lyrically I love it the most.

Oh that’s amazing, that’s a weird song to like. But its weird Corin doesn’t hear lyrics, he hears the audio of the vocal and the melody - it doesn’t matter what I’m saying to him, so he’s one of those people.

So do you guys stay out of each other’s way? Like you do your thing, he does his?

It’s not a defined line, but with lyrics he stays out of my way, and the writing process we do a lot on our own. But when we come together we have a lot more to talk about and definitely don’t stay out of each others way. I think I have more power because I have the lyrics and even if there is a melody of his I don’t like we just talk about it. But we allow each other to be creative in our own rights. Also getting back to before, I love dancing, I love it. I don’t like clubbing, I don’t like the sexual aspect of it, and I know a lot of people are into it but for me I don’t participate in it. But if people think our stuff is club music that’s fine, I’m okay if people want to dance to it and all that.

So you have pretty strong feelings about that? We have spoken about your music being lost in translation, so how do you feel that your music could be translated to a lifestyle you don’t particularly like, your music being the theme song to even if only on the odd occasion?

It’s more like if people are listening and enjoying it no matter what context they do it in, once we release a song it’s not ours. I can take responsibility for what it is, but not for what people do with it. I just need to look at it like that because I can’t be like 'Oh you can’t listen to my music because you are in an environment I would never be, doing things I would never do'.

It sucks we have to wrap it up, but I will see you in Melbourne, when you come out for Laneway!

I wish I was there right now! It’s so cold here!

Oh it is so hot here!

I will, have a nice day!

You too, it was nice talking to you!

February 7 - Sydney Colleges of the Arts 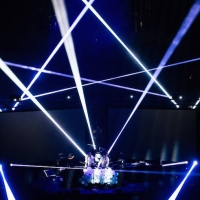 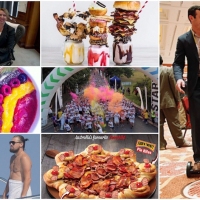 Trends it's Time We EndedJust step back, and quietly walk away.
Light & Easy