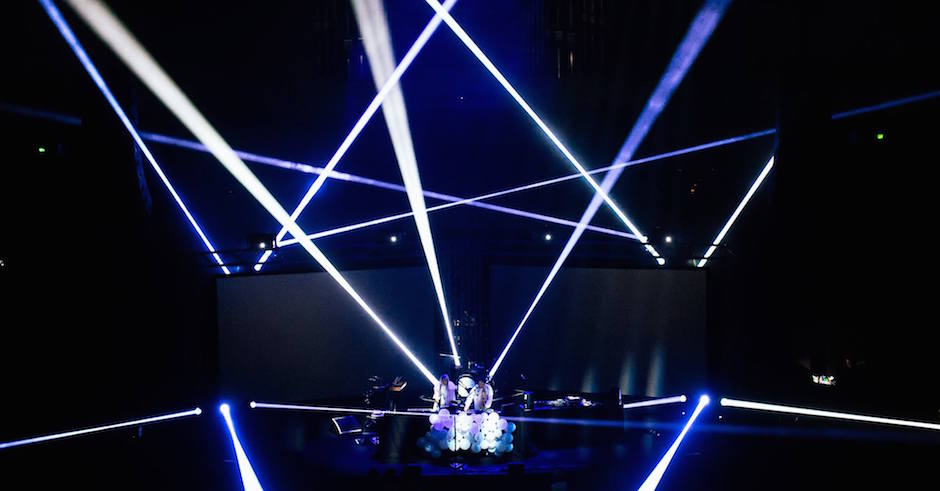 Header image and all others via the visual kings that are Voena.

On close to the nicest Sunday night Sydney’s seen this summer; I was invited along to a special event at Australia’s most iconic venue, The Sydney Opera House.

The event in question was a collaboration between VICE and Samsung, pairing some of the countries most promising visual artists with some of our best homegrown producers. It’s a known fact that influences on the eyes and ear go hand in hand, you only need to look as far as Ta-Ku’s beautiful Create + Explore project:

The evening began with dreamy beat-man Charles Murdoch taking the stage. Opening with a bang, he let rip with a driving house number, flooding the Concert Hall with sound, demanding our attention. Murdoch’s visual partnership was with tin&ed, a design collective from Fitzroy, Victoria. Through his set, their glowing colored orbs and volcanic eruptions mesmerized the crowd. The highlight of Charles' 30 minutes in command came as he mixed in his ever-popular track Frogs, it was lovely to hear both Ta-ku and Wafia’s voices bouncing off the walls. It was only until he wrapped up that I finally took in the space. Disappointingly, close to half the Hall was empty – especially so considering the RSVP’s for the event went like hotcakes. If you’re going to book your place, fill your place I reckon. 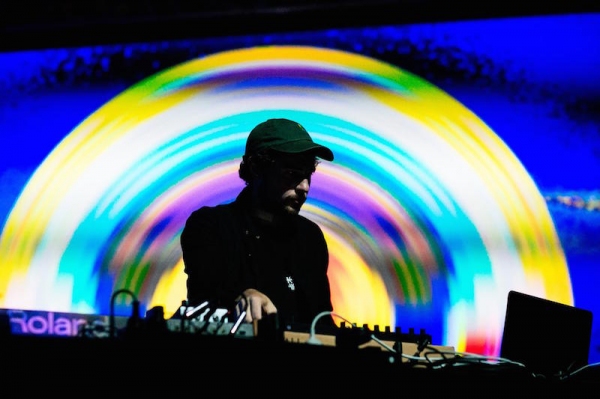 Next up came Banoffee (Martha Brown) and Oscar Key Sung (Oscar Vicente Slorach-Thron) two Melbourne friends who know each other inside out. The energy was high from the get go with the Victorians (both donned in white) cutting all sorts of shapes behind their setup. It was obvious and great to see two young guns of the industry thrilled at the chance to play in one of the worlds most revered locations. Knowing little of Banoffee’s work before taking my seat, I struggled to get on her wavelength, mainly due to the fact that her vocal work was incoherent against the dotted beats… It seemed someone had pushed the gain a little too high. It wasn’t long before I was glued to centre stage once more as Oscar’s angelic tones fluttered over us as he burst out Brush. The very cool clip below was actually directed by both Key Sung and Brown as well.

I must also make mention of the visuals throughout their performance, delivered by light artist Prue Stent. Whilst they played, Stent had hundreds and thousands of the fairybread variety sprinkled over ocean stills as well as glittering pink holograms of Oscar and Banoffee as they writhed about on stage. Hard to put into words but one of those things you literally can’t take your eyes off. Check out more of Prue’s photo surrealism at her Instagram HERE.

To close things out, New York’s Empress Of (Lorely Rodriguez) and her band took us on an epileptically intense journey. The visual pairing with NONOTAK Studio turned all on stage into creepy shadows as they performed in pitch darkness. Ever so once in a while white squares or running lines would cast them in light…but only for a split second. One track in particular pricked my ears, with choir wails and squelching synths combining for one hell of tune. I was to later discover it was track entitled Agua Agua (Water Water). Oh and boy can Rodriguez belt a note!

As I descended the Opera House steps, the only thing that sprung to mind was the fact that a space originally established for theatre and opera had cemented itself as an arena for quality electronic acts. And I give that one huge tick! 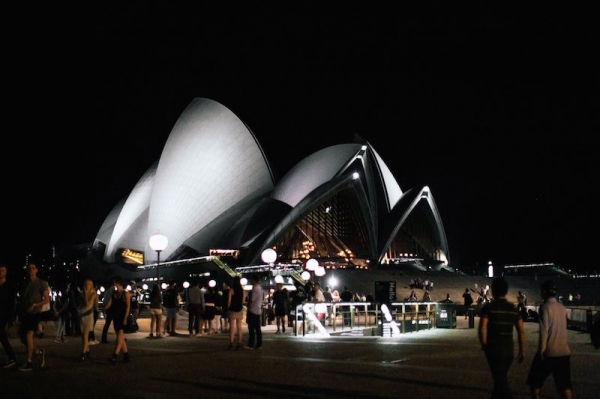 Props to Vice and Samsung for such a visually (and aurally) fantastic event, all for free. 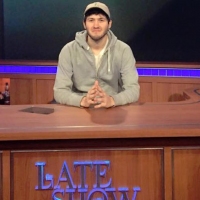 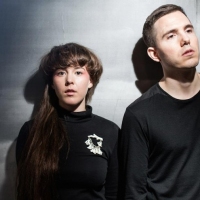