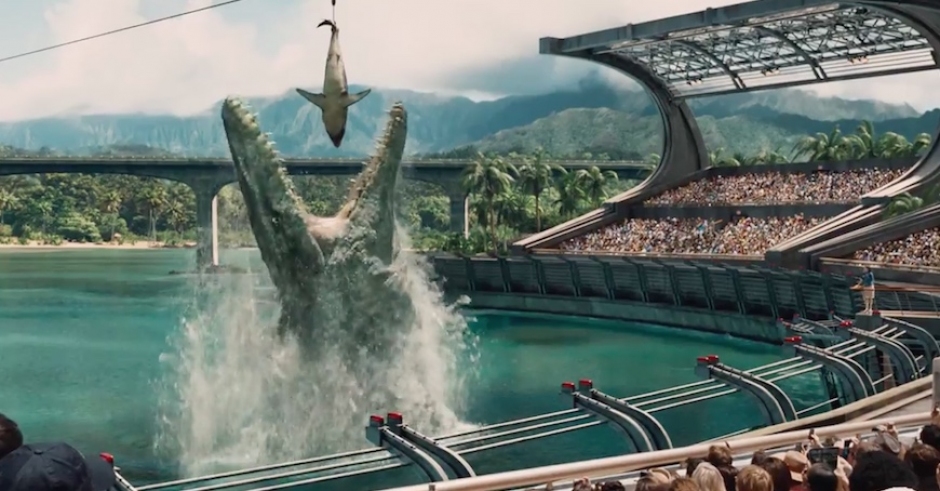 You know when people ask you what your favourite movie of all time is? For some it's a hard question, some people literally can't even just narrow it down to one film, but for me it's been an easy question - 1. Jaws, 2. Jurassic Park. While we can go into the merits of these being the best movies of all time another day, you can imagine my excitement when the trailer for Jurassic World dropped today. Two days ahead of when it was supposed to - yes I'd already been to JurassicWorld.com to see the countdown, and I even applied for a job on the viral site MasraniGlobal.com just for LOLs, got my own ID card and will be starting work in the genetics lab of the new theme park very soon.

Anyway, the movie doesn't come out til mid-next year, and this trailer has a bunch of not-quite-finished visual effects, but it's also the most excited I've been about a movie in forever. For all you young'uns out there, Jurassic Park came out at a time when CGI - while around - wasn't done with the realness that's pretty commonplace in movies and TV shows today. Obviously you knew the dinosaurs were fake in Jurassic Park, but at the time they looked more photo-realistic than anything put on film before them. And it still holds up today. Jurassic World won't be able to wow you with special effects like its predecessor, it's gonna have to have a cool, scary, fun and entertaining story to elevate it to awesome status. Whether or not that happens remains to be seen, but the trailer bodes well, and I picked a few things from it to talk about just so I could talk about dinosaurs some more.

The trailer looks gorgeous - the greens, the rainforest vibes, the dinosaurs - it all looks really pretty. And as is customary with Jurassic Park films, "Oh yeah "Ooh, aah", that's how it always starts. But then there's running and screaming." The first half of this trailer is very much all Ooh and Aah, the second half, more of the latter.

A re-worked version of the old gates, only slightly with the new title of the park. The trailer features heaps of sneaky little callbacks to the old films (the tree sap, "RUN!"), with a strong (and smart) focus on the first film more than any others. They're back in the old park, they finally actually made a theme park, and the gates look glorious.

This guy is in it. Chris Pratt proved leading man status with Guardians Of The Galaxy this year, he's generally pretty funny but it looks like he's also putting on a bit more of a serious face in Jurassic World than GOTG. And between GOTG, Parks & Recreation and Zero Dark Thirty (he was a super bad-ass in that), I think we're on a pretty good wicket.

Some people are probably gonna scoff at this bit, which would imply that Pratt is working with Velociraptors (the first three films' main antagonists), but I think it's fucking cool. They've obviously created some kinda super dinosaur that's gone rogue and fucking shit up, why couldn't they train super smart Raptors to help out humans? They basically talked to each other in the third one, so it just makes sense. 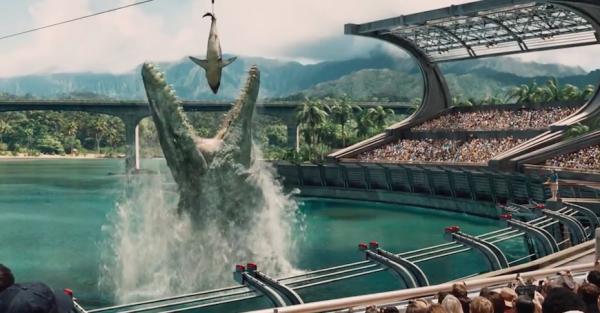 This bit. Every trailer for a blockbuster movie needs a 'holy shit' moment, and this was far and away a holy shit moment. Jurassic World takes place in a world where humanity is already kinda used to this shit. Look at all the people filming this on their phones - it gives the new movie relatable stuff, in a completely ridiculous circumstance. Like, of course we can't even imagine a world where you can go to a theme park filled with dinosaurs. But if we could, no doubt we'd be there, phones out, taking selfies infront of giant shark-eating dinosaurs and then jumping on Instagram being all like 'Great white? More like BAIT WHITE. AMIRIGHT? LOL dinosuars woo #jurassicworldissick #whereisthetrex #justdinosaurthings'.

So yeah, I'm really fucking excited about Jurassic World, and am gonna watch the trailer again: 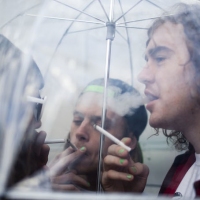 CinePile: Dune Rats' Essential Stoner FilmsWhen they're not rampaging on tour they're chilling with these movies. 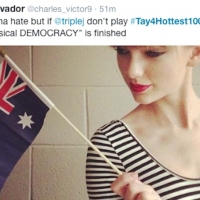