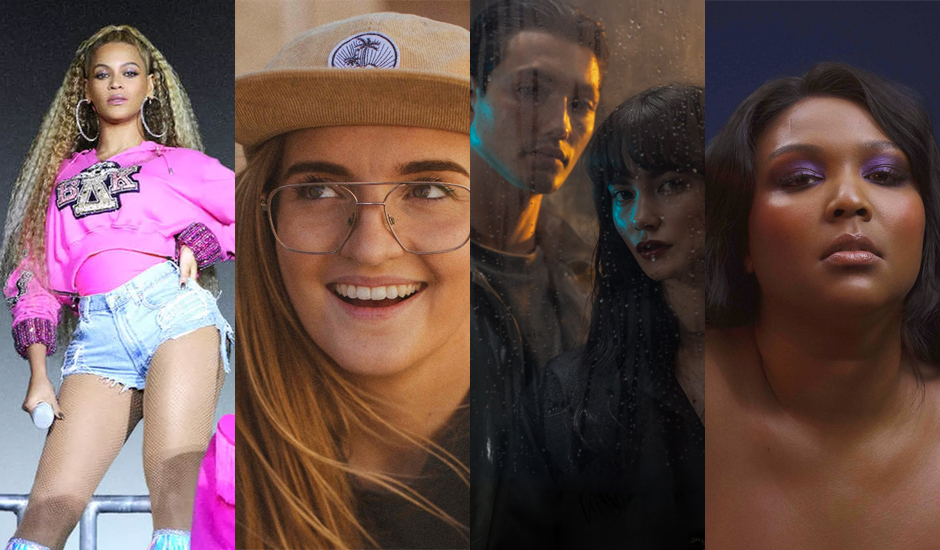 A Live Album from Beyoncé and Lizzo’s New Album:

Gifting fans with a Netflix documentary branded with the same name, Beyoncé has once again reminded the world of her place in the music world by releasing Homecoming: The Live Album. It’s her fifth live album and is a collection of songs Beyoncé performed at Coachella last year, featuring major hits such as Crazy In Love, Formation and Drunk In Love (and that’s only 3 of the 40 tracks btw). The performance is still so important as she became the first black woman to ever headline the festival and the album has been described by Rolling Stone as “triumphant” and “awe-inspiring.” It’s also important to mention that her 2016 album Lemonade is now available for streaming on Spotify and Apple Music. Here’s a reminder of how historic the performance was:

Back on the scene and smashing it with hit singles like Juice and Tempo (feat. Missy Elliott), Lizzo has release her latest creation, Cuz I love You. Her personality and positivity shine throughout each track and the confident and strong female vocals she possesses makes every song a powerful one. The 80’s sounding guitar riff featured in Juice really drives the song and is enough to make you want to dance like no ones watching.

New tracks from Lastlings, imbi the girl, City Calm Down and more:

Taking a closer look at the singles that made their mark over the weekend, Gold Coast duo Lastlings released new electronic dance track I’ve Got You right before they please audiences at Splendour in the Grass. According to the duo, I’ve Got You is about “overcoming that subtle but persistent feeling of being out of place.” The reassuring lyrics behind the moving beat is something that could be a reflection of popular powerhouse Alison Wonderland.

Sydney-based talent imbi the girl released I Used To, calling on the help of Perth-grown hip-hop group SUPEREGO. Alongside touring with the talented Odette, imbi the girl is refining their own sound and following their own path with this new track that is being labelled “poetic hip-hop.” The feeling of soulful steadiness is present throughout the track accompanied by soothing guitar chords that almost allows for a melancholic trance. Their three-show tour begins in Sydney on June 20th.

Melbourne four-piece band City Calm Down also hit us with new track Television, an anthem that comments on the reliance and deep impact of media within society. It’s a bouncy pop song that “musically nods to and steals from T. Rex, The Smiths and The Clash” and uses a strong chorus that is bound to get stuck in the heads of listeners. They’ll be playing in Melbourne on May 18 and kick off their UK/ Europe tour in Glasgow on September 25.

Wild Streak, the emotive and thought-provoking new track by N.Y.C.K., is also one to embrace dearly. N.Y.C.K., made up of Melbourne's Dominique Garrard and Nicholas Acquroff, sounds a lot like The National and their latest release Wild Streak tells the story of two members of a relationship testing one another. According to them this track “touches on one of life’s great truths: when we go through hard times, wildness prevails”.

Australia’s favourite real-life drum machine G Flip is keeping the ball rolling with her brand new track I Am Not Afraid. The song is an inspiring anthem and call to anyone that needs to hear some reassurance, bringing the flavour of her consistent run of brilliant singles in Drink Too Much, Killing My Time and About You in a new way, capturing that meaning as she releases the relatable track we needed from young drummer. "Whether it’s getting out of a toxic relationship, coming out to your family or getting bullied. Life throws shit at you and you have to be brave. You have to stand tall and rise above it”.

In preparation for his new album Run Fast, Sleep Naked to be released this Friday, Nick Murphy has teased audiences by sharing his latest single Dangerous. The anticipation is definitely real considering this is the first full-length album since Built On Glass, which he released under the name Chet Faker in 2014. With his easily identifiable vocals, the track is easy to take in and is a great taste of what is to come. Be sure to catch Nick Murphy’s World tour as he kicks off with Wayville’s Groovin the Moo on April 26. 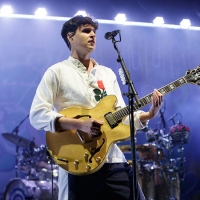 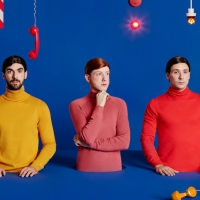