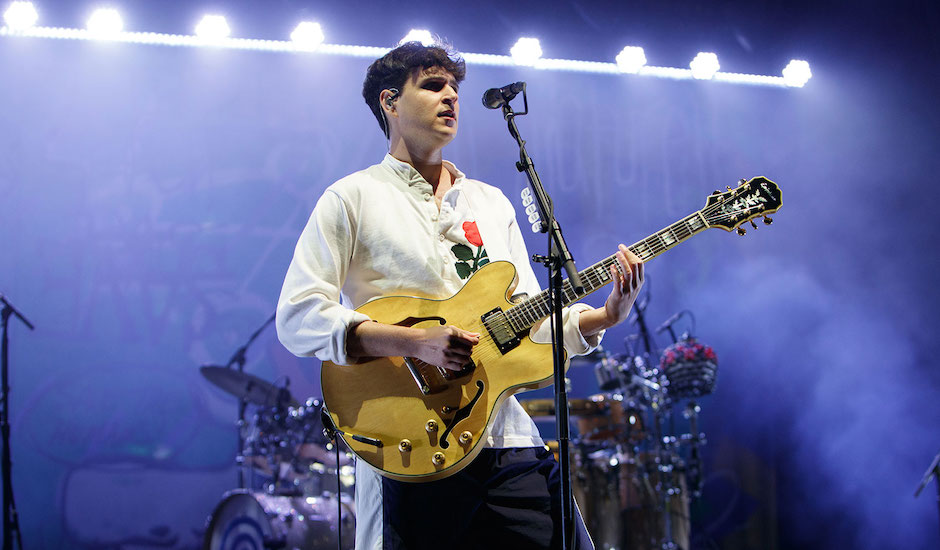 Every week, we're hammered with tonnes of new music from Australia and afar, so much so that at times, it feels a little overwhelming and you're not quite sure where to begin. Every week, we run down this week's must-listen singles and releases, this week featuring names like Vampire Weekend, Alex Lahey, Miss Blanks and more. Check out Pilerats' homepage for more brilliant music and news, or subscribe to our Spotify Office Playlist for easy listening.

There’s no denying Vampire Weekend are one of the most popular bands that have been circulating for over ten years now and with the constant teasing of their fourth album Father of the Bride (due out May 3), it's safe to say they have us listeners wrapped around their finger. They’ve been using social media cleverly to their advantage, every so often posting photos of album artwork and even sometimes guitar tabs, whilst posting singles from the album in sets of two. This song-dropping strategy began on January 24 with Harmony Hall and 2021, then Sunflower and Big Blue and now, This Life and Unbearably White. The anticipation has been slowly eating away at most diehard fans who haven’t had a new album since 2013, but for those only just hearing about it now, this song is also for you. It’s hard not to listen to This Life and not tap along to the percussion that accompanies frontman Ezra Koenig’s vocals throughout the song. Like most of the songs from this indie-rock band, This Life has the power to make you feel, to put it simply – happy and wanting more. There’s an iconic sound that comes with any Vampire Weekend album, and hearing this only takes listeners back to 2013 with their last studio album, Modern Vampire of the City.

Alex Lahey - Am I Doing It Right?

There’s definitely a certain playfulness that comes with most tracks by Melbourne’s pop-punk songwriter, Alex Lahey, where she says (or should I say ‘sings’) what everyone is thinking. It’s this relatability found within her lyrics that makes listeners leave her songs stuck on repeat, which is bound to be no different with her latest addition, Am I Doing it Right?. The latest release from her upcoming album, The Best of Luck Club (out May 17th) uses hard-hitting melodies that can start to sound like the confidence-boosting anthem you didn’t know you needed. The drums that accompany this powerhouse of a song gives it steady movement right through the repetition of the chorus and without Lahey’s vocals, could resemble the backing for a Gang of Youth’s song. Lahey says the title ultimately reflects the uncertainty and doubts that come with being a musician: “This song reflects on being thrust into a lifestyle and going with it while feeling like others are looking over your shoulder to make sure you’re doing all the right things by you and everyone else”. Don’t worry Alex, with a track like this, you’re definitely doing it right. Before she takes on the UK and US, with her The Best of Luck Club tour, Alex Lahey will be touring Australia, hitting Fremantle’s Rock Rover on June 7.

It's been a while when it comes to Kilter. Once a mainstay in the Australian electronic scene, the past year has been a quiet one for the Sydney musician release-wise, taking a bit of time off after the relentless touring and mayhem that followed the release of his debut album, 2017's Through The Distortion. Since the record, he's been working with a host of other musicians - CLYPSO, Nicole Millar, Doolie - but Overdrive marks his big return, and what a way to do it. Featuring Byron Bay star-in-the-making Yorke, Overdrive is a triumphant return from Kilter that marries his signature swells of synth and percussion with Yorke's touching vocal, throwing in a nod to his earlier work in the process. "Overdrive is a nod towards several of my earliest influences as an artist," he says on the single, which marks his arrival as well as a big year planned ahead. "I expanded on the Dilla bounce in the drums and bass with hyperactive synths, Yorke’s vocals and a whole lot of happy accidents all accumulating in a furious and futuristic samba." See him at Ability Fest this weekend, with national dates through May.

In the two years or so since her arrival, Brisbane rapper Miss Blanks has stepped forward as a crucial name within Australian music, offering visibility and teachings as her quick-paced rhythm glides over genre-varying productions - from the club-centric Clap Clap to the soulful, Dugong Jr-assisted This Bitch - while also throwing bashes with names like Charli XCX, who enlisted Blanks for her 1999 Brisbane show. Tommy is her first release of 2019 and it's yet another change of pace from the versatile rapper who is quickly becoming one of our scene's best, enlisting Alice Ivy for a clubby, upbeat track that for Miss Blanks, welcomes a dance-y side to her ever-growing repertoire. "Alice & I have been working on this track for nearly a year now with the want to create a dope dance party track and I think we’ve successfully done that," she says on the single. "Deeper exploration into the track would suggest that this track is not only a party track but also a reflection on those early stages of a relationship when you’re really into the other person but unable to see their flaws, and perhaps maybe that person isn’t great for you." There's a lot to love in Miss Blanks and with Tommy arming her with perhaps her best - if not biggest - single yet, 2019 is becoming Miss Blanks' year.

Melbourne-based, singer-songwriter, Eilish Gilligan has definitely been marking her spot in the Australian music scene over the past few years with her recognisable warm vocals accompanied by a mix of keys and synths. Her latest track, Keep Up is a great example of this, showcasing the vulnerability that comes with her honest and emotion-filled tracks. In the first 30 seconds, listeners are gaining a sense of this feeling that she incorporates into her music, but like her vocals, we are immediately reassured by the electronic synths in the background. There’s a particular confidence and empowerment that comes with this song and is one that reflects her incredible range. Gilligan says “the song highlights the moments where I felt the most at home - dancing barefoot in the kitchen in a shitty sharehouse with a stranger who soon became one of my best friends”. It’s a song that might remind you of works by Alice Ivy or Eves Karydas, but don’t be fooled, Eilish Gilligan is definitely one to be keeping an eye on. Be sure to see her accompanying Montaigne on April 26 at Freo Social 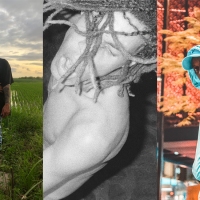 Luude, T$oko, Demon Days + more: Covering a stacked week for Perth musicWA music has always shined, but with Australian music growing stronger and stronger every week, here's our chance to remind you of that. 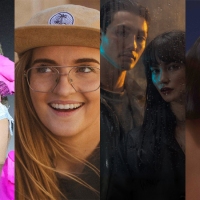 Here's everything that dropped over the Easter break, for your listening pleasureIncluding new releases from Beyoncé, Lizzo, Lastlings, G Flip and more.
Light & Easy