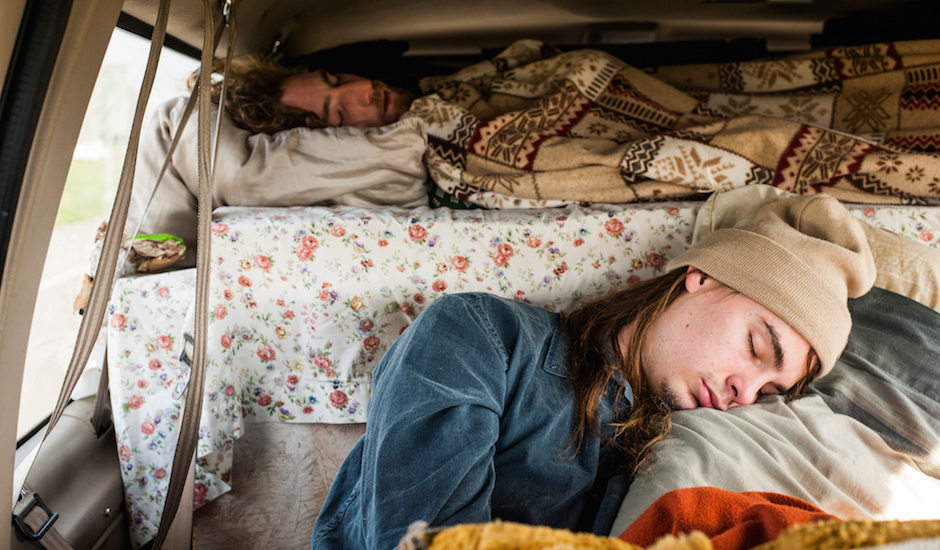 Matt Downey is an Australian artist developer who is currently living a well rested life in Los Angeles. He is a director of California based Fraktl, who's roster includes Kronic, CVIRO, Madeaux & Eryn Allen Kane.

By the time I was in my mid 20s, every single client, colleague and partner of mine had independently came to the same conclusion: Do not call Matt before midday.

On a good day, I’d just ignore their repeated calls, messages and emails.

On a bad day, they’d receive a verbal lashing consisting of an offensive combination of expletives, indignation and incoherent mumbling. How dare they try to communicate with me at the ungodly hour of 11am!

Despite turning in at a reasonable hour each night, I was waking up stressed. I just assumed that either I was an asshole, or that the genetic lottery had determined that I was not functional pre-caffeine, or, most likely, both. It was neither - In reality I was sick, I just didn’t know it yet.

“I’ve never sleep, 'cause sleep is the cousin of death” - Nas, Illmatic

“Smarten up Nas” - Jay-Z, The Blueprint

I’ll sleep when I’m dead is arguably the most poisonous phrase in the entertainment industry vernacular. It’s certainly my most despised, sitting right alongside such classics as “it’s good exposure” and “featuring Lil Yachty.” The concept of assigning every acute moment to a task is both figuratively, and literally, impossible. Those who proudly proclaim their lack of sleep tend to employ the expression as a crutch to suspend their stumbling self-validation; while those who put it into practice are denying themselves of what has been described as "the easiest creative aphrodisiac."

A career in music can often feel like swimming a marathon in an ocean of mental health issues, while sharks armed with jaws of despair and disappointment circle beneath the surface. Every wave compounds the anxiety and insecurity that comes from a field of employment in which precisely nothing is regulated, and far less is promised. The lack of control over your early success in the industry plays no trivial part. You can be phenomenal at what you do, and fill every conscious minute of your schedule, but still find yourself at the mercy of promoters, programmers and playlists.

While there might not be a lot you can do about whether your record makes it into New Music Fridays or gets a spin from Kingsmill, you can take at least some aspect of your mental health in your own hands by mastering the under-appreciated art of sleep. 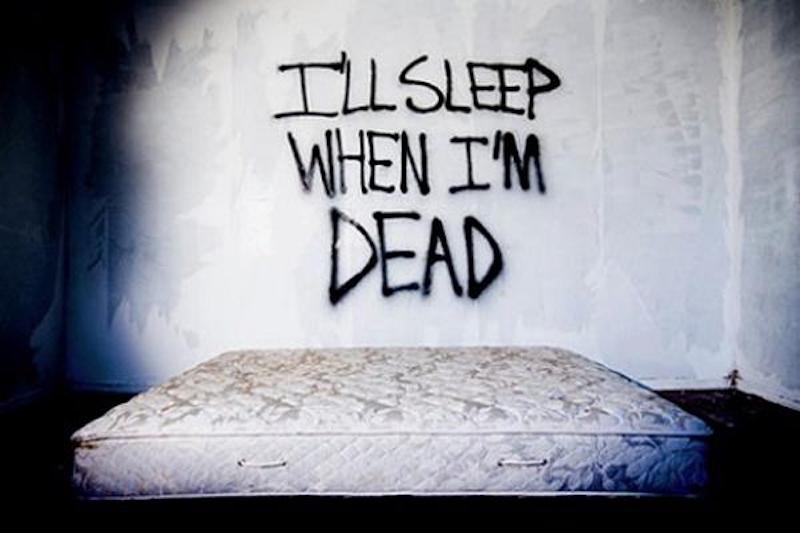 Confusingly, the accepted principle that the human body needs eight hours of sleep loudly omits any reference to quality. Few labours in life worth pursuing are productive by virtue of the amount of time spent doing them. Songwriting, exercise and sex become exponentially more rewarding (and exhaustive) when emphasis is placed on the quality of the endeavour. Sleep is no different, and is best approached with the same tenacity and commitment that Kanye brings to an award show acceptance speech.

To those in the music industry who maintain a regulated sleep pattern, a standing ovation is deserved. Pre-dawn flights, sunrise studio sessions, timezone juggling and the inherent late night culture of live performances are just a modicum of the unmovable obstacles strewn across the path to an unimpaired sleep routine. 24-hour benders don’t help either, but it’s pretty hard to pin that completely on the business you’re in.

Since the levers that operate the quantity of sleep we’re able to obtain are often outside our grasp, let’s take that of the table and focus on the element we can control - quality.

“I sleep with one eye open like CBS” - Jay-Z, Reasonable Doubt

- Keep your room clean and minimal. Physical clutter exhausts and stresses you, as your mental energy is distracted and spent processing the stimulus overdose. Ever felt exhausted after listening to a song with too many things going on at the same time? It’s the same process at work.

- Keep almost everything in your room hidden from view, preferably in your wardrobe. Where that’s not possible, do your best to move as many objects out of the line of sight from your bed.

- Keep your beside table free from clutter. Although it’s tempting to dump your personal belongings there, take the two seconds required to put it in the top draw. The only thing on my bedside table is a small lamp (made from reclaimed New York water tower wood, I’ll have you know).

- Keep your sheets fresh and make your bed every morning. There’s been no shortage of research on why making your bed daily is beneficial, but for the purpose of sleep it’s simple - it makes your room appear relaxing and comforting. Fresh linen has the same effect. Late nights of vigorous love making aside, there’s no reason to be sleeping on sweaty sheets. Wash them at least weekly, immediately after any perspiring activity, and splurge on the top shelf detergent. Fresh smelling linen adds a touch of luxury to any bedroom, and has the added benefit of a calming effect (I use Le Labo Fragrances, and they're amazing).

- In the last three years, I’ve brought my Mac Air into my bedroom precisely zero times. I’ll work in the kitchen, living room and, embarrassingly enough, the bathroom, but I keep my bedroom a respite from the outside world. It’s a simple technique that trains your brain to recognise your bedroom as a sanctuary for sleeping, relaxing your body upon entry.

- I take this a step further and keep my bedroom door closed at all times. It’s a symbolic way of keeping the stress of work away from my safe space. I’m positive that there’s no scientific evidence to back this up, but it works for me - it’s a practical implementation of the placebo effect. Either that or I’ve begun the slow decent into madness, which feels probable after a decade of working in music.

- Resist the urge to keep your phone on your bedside table. At least one study has already shown that exposure to mobile signals while sleeping affect your body’s ability to enter deep (REM) sleep and recover from daily wear and tear.

- While it’s not always convenient to go Ariana Huffington with it and sleep with your phone in a different room, you can at least compromise and keep it as far away from your head as possible. Still, the only reason to ever have your phone with you as you sleep is if you absolutely have to set an alarm, and even then there’s alternatives. If relying on an old-school alarm clock to get you up in the morning seems a touch barbaric, consider putting your phone on flight mode to turn off the transmitter.

The goal of your space should be relaxing in the evening, inspiring in the morning. 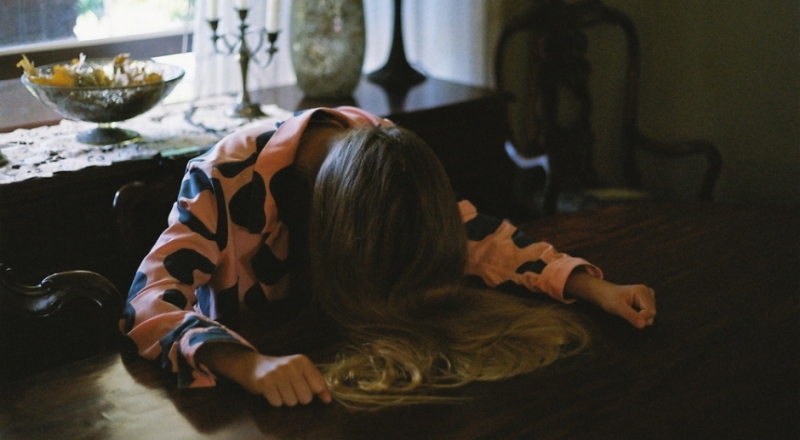 My ideal sleep routine begins 40-60 minutes before I need to be out cold.

- If you’re sweaty, take a brief, warm shower. Apart from hygienic issues, showering before sleep relaxes you and literally washes away the grime and stress of the day.

- Write your to-do list for the next day. There’s a multitude of reasons why this is a productive practice, but in this context, it allows you to tend to any lingering anxieties of thoughts from the work day. I’ve found writing them with pen and paper is more effective than typing them out - the satisfaction of physically crossing them off the next day is not to be underestimated.

- Do your last round of social media and email checking. Try to avoid going down the rabbit hole of Facebook comment threads, but just get it out of your system.

- Set your phone on flight mode. If you absolutely need to be contactable for an emergency situation during the evening, set your phone to Do Not Disturb instead. You can designate certain contacts as VIP’s - their calls will still be heard even on Do Not Disturb mode.

- Set your alarm (optional). I despise this step, see below for a more detailed explanation on how to avoid the bastards where you can.

- Watch one or two episodes of something light that you’ve seen before. Sitcoms work best for me, although David Attenborough-helmed documentaries are a close second. Reading works too, but only fiction. Non-fiction will activate your brain and stimulate your thought processes, keeping you wide awake for hours.

The purpose of this is to clear your mind of the day’s activities. 23 minutes of Seinfeld will distract you long enough to clear any leftover thoughts from the day, without any resonating questions (I don’t think any one has ever been kept up pondering the social implications of the Soup Nazi long enough to disrupt their slumber). Anything heavy or new will most assuredly work the way other way and activate your brain.

The way I see it, success is in freedom, and alarms are a clear and present danger to my liberty. My first line of defence against alarms is to go to bed earlier than later. Although I generally arise between 6:30-8:30am, I schedule meetings and calls for 11 am at the earliest, to give myself a multi-hour buffer.

The only time I use alarms is when I’m battling timezones, or I have an early flight. To accommodate this, I plan my sleep in 90 minute blocks. As we sleep, we go through four different stages - light sleep PT 1 & PT 2, Deep Sleep & REM Sleep. 90 minutes is the roughly the amount of time required for the cycle to complete. If you’ve ever woken to an alarm and felt absolutely exhausted - despite getting 7 hours of sleep - it’s highly likely that your alarm caught you mid-cycle. Instead of setting your alarm for 7 hours, set it for 6 and witness the difference for yourself.

So there you have it, a brief little guide in to how I've managed to keep my sanity in this wonderful life we call the music industry. It's not much, but it's a start, and there's a wealth of information on the interwebs for you to help start your days (and 2018), right. 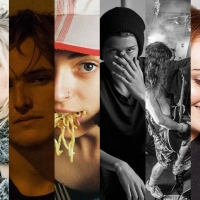 Pilerats End Of Year Wrap: 17 Artists that Killed It in 2017From Confidence Man and Willaris. K to Ocean Grove and Ziggy Ramo, here are the artists which made 2017 their year. 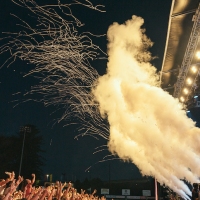 Falls Downtown 2018: A Celebration of the Past and FutureFalls' second year in the west was heavy on nostalgia, while most highlights came in the early arvo.