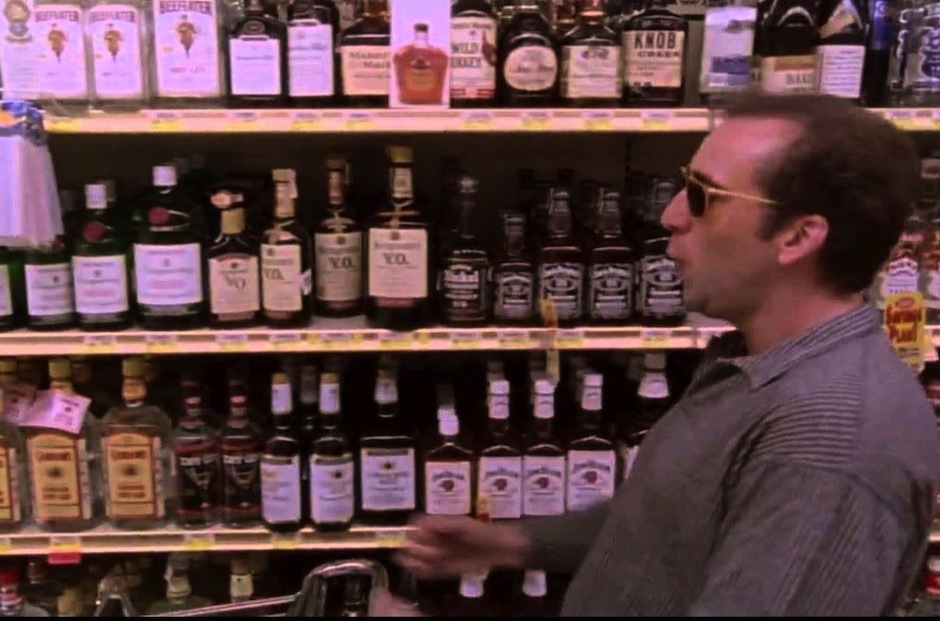 There’s something like 20,000 Aussies staying off the booze this month to raise money for cancer as part of Dry July, and at least… one…of those 20,000 people is a Pilerat (shout outs Tina Says). We’re sure there’s plenty more of you reading this who have signed up to stay sober – here’s to you (not cheersing with our beer bottles though, because that would be in poor taste). In honour of you Dry Julyers approaching your first wineless weekend (and possibly doing your best to stay indoors, thus avoiding the temptation of public ale houses), we’ve put together a list of films featuring main characters whose lives have been TORN APART by their addiction to the hard stuff. We’re talking relationships wrecked, friends, money and jobs lost, rehab clinics, sit down (drank) stand up (drank), the whole shit-faced shebang. Unlike US cheery college comedies The Hangover, Old School, Superbad, or Beerfest, the below picks portray the downsides of drinking  - and will have you feeling mighty pleased with your righteous, non-hungover self in no-time flat.

Even if you’re not doing Dry July you should just watch this anyway, because it’s a freaking stellar piece of filmmaking. Nic Cage gives the performance of his career (he won as Oscar) as a suicidal alcoholic screenwriter who heads to Las Vegas to drink himself to death, however finds himself falling for a hooker (Elizabeth Shue), which throws a spanner in the works. If you think ‘falling in love’ means romantic comedy, think again: two highly damaged individuals, the city of sin... it’s emotionally draining (but brilliantly acted) stuff.

Sandra Bullock plays a newspaper columnist (why is it always the journalists and writers who are drunks?!) that ruins her sister’s wedding with her boozin’ and is forced to check into rehab, where she rediscovers a more likeable version of herself with the help of some of the bizarros in rehab with her. A less harsh look at addiction (given the humour and a love story sub-plot) but not romanticised as much as you’d think (given, Sandra Bullock).

This one's a nice indie gem with some super realistic performances and plenty of relatable circumstances for twenty/thirtysomethings. Ever heard that Mila J R & B song that goes ‘Either we smoke, or we drink, or we break up'? That’s basically the plot of this movie. Mary Elizabeth Winstead plays a young schoolteacher with a drinking problem she’s trying to keep under lock-and-key by doing things like faking her own pregnancy when she vomits in front of her class. Lucky for Mary's character, her husband (Aaron Paul from Breaking Bad) takes his drink seriously too, and they have some wild times together. Until Mary decides to give up the grog, and her husband doesn’t: cue slow realisation that they don’t have a lot else in common.

When A Man Loves A Woman

I remember watching this on TV as a kid, probably way too young to understand its “adult themes”, and freaking out when a completely smashed, naked Meg Ryan falls through her shower door and there's glass and blood everywhere. Luckily for Meg Ryan, her devoted husband (Andy Garcia) is always there to sweep up the glass, and his wife. Ryan plays a lady who is super loads of fun to be around, however necks half a bottle of vodka at work every day, which is probably not ideal. Garcia’s character tries to come to terms with the fact that he may be enabling his wife’s alcoholism, and trying to take a tough love stance to get her to detox. Both Ryan and Garcia have great 90s style New York trenchcoats on the cover of this film.

In this Paul Thomas Anderson-directed film, set in the 50s, Joaquin Phoenix does an amazing job in this film playing a violent, nymphomanic, whose actually making himself mentally ill via his consumption of his home brew alcohol. Phillip Seymour Hoffman plays Lancaster Dodd, the “leader of The Cause” (which many speculate is Scientology) who lures Phoenix with his charisma and takes him on as a case study, to try and train him into becoming, uh, slightly more normal. This film’s definitely one for your must-see list: inventive (in terms of the Scientology/conflicting worldviews stuff), really pretty to look at, and super engrossing.

Based on the debut novel by Hunter S. Thompson, The Rum Diary sees Johnny Depp play an alcoholic freelance journalist (again with the journalists!) traipsing through rum-soaked Puerto Rico in a bid to ‘find his voice’ as a writer, and falling into a bunch of loose situations and love affairs along the way. It’s a bit of a rambling, chaotic film, but the writing is super good, and it’s zany, charming and well-acted enough (Johnny Depp’s top notch, and so is Amber Heard as his love interest) to have a good time with.

If you’re a Bukowski fan, you’ll likely know all about this classic. If not, a quick intro: Charles Bukowski was a great writer known for excess, booze and self-abuse, and he wrote the short stories upon which Barfly is based. Our lead here is Henry Chinaski (Mickey Rourke), LA poet and alcoholic (based on Bukowski himself), who basically lives in bars, with his gal Wanda (Faye Dunaway), Henry's equal at the bottle. One day, a rich literary editor, Tully, tries to publish Henry and save him from the drink, only Henry falls for her, making the already emotionally unstable Wanda wildly jealous. The film cinematographer does a great job capturing the subterranean mood of the 80s LA bar scene and Rourke is great, realistically acting a low-life alcoholic with natural charm – he makes you actually like the fairly dubious dude that is Henry.

A film about drinkin', lovin', messin' it up, and keepin' on goin'. Jeff Bridges plays Bad Blake, a broken-down, hard-living country music singer, whose had one too many failed marriages and several too many drinks. Along comes Maggie Gyllenhaal, a journalist...and yes, you guessed it, his potential salvation - the lady who finds the man behind hte musician, the heart behind the drunken monster, etc. This movie is delicately done, with a big performance at its centre from screen veteran Bridges. It also has some really great tracks in it that will bring out the bootscooter in you.

*The Classic* The Lost Weekend

In its day, The Lost Weekend was a huge commercial hit, and won the Academy Awards for Best Picture, Best Director, Best Actor and Best Screenplay. You could think of this film as like a 1940s, black-and-white, horror version of The Hangover. Back in 1945, drinking wasn't as commonplace as it is now, and so making a film like this - a no-holds-barred account of an alcoholic writers' "lost weekend" in New York City, was a pretty daring move - particularly when alcohol addiction was considered something to be swept under polite society's rug. It stars Billy Wilder as the protagonist, fresh from his star turn in the previous year's film noir thriller Double Indemnity. We see Wilder, a brilliant, talented, outwardly charming writer, become a slave to whiskey, cowardly and miserable, single-minded in his quest to find the next sip, going so far as to steal from a lady for booze dollars. Wilder's creates a tense atmosphere that keeps you riveted, horrible to admit but you can't help but find yourself glued to his drunkard character's particular hell. One thing this movie doesn't have is special effects - keep your eye out for the very fake looking fruit bat! 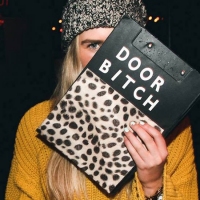 Being A Door Bitch Is The Best Worst Job EverThe guardians of your dancefloor galaxy. 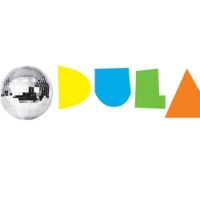