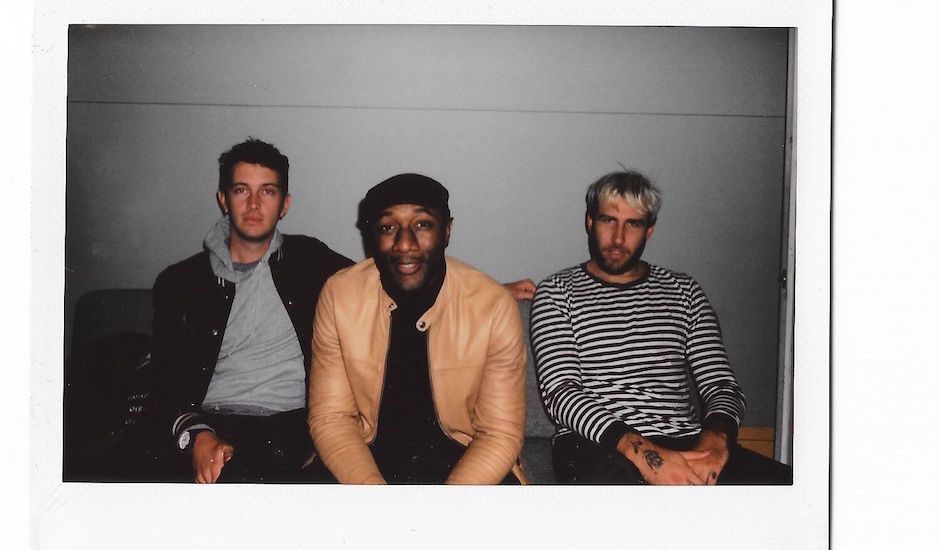 With a discography amongst Australian electronic's deepest, it almost feels like we should know what to expect from Flight Facilities now. Typically, their trademark sound moves between buoyant synth melodies and strong, earworming hooks; the latter a distinct moment of familiarity between Flight Facilities' work, while the former - as shown in the past - can often shift from subtle, orchestral moments (Stranded) to moments more upbeat and dance-centric. Their new single, however, the Aloe Blacc-assisted Better Than Ever, blows this out of the water completely.

While the duo's fuzzy basslines and soft grooves are certainly present on Better Than Ever, the single seemingly takes them into this gospel-pop world currently unadventured into; pushing their boundaries as they synth lines fall away in favour of choirs and handclaps that bring nostalgia for old-time jazz classics - only strengthened by Aloe Blacc's guest vocal. "We try to explore all genres with our music, and Better Than Ever may be as close to pop as we’ve ever been," they confirm. Catch them at Grapevine Gathering later this year.

With Paces, one thing we've come to learn over the years is to expect the unexpected. Musically, his once-tropical-tinged electro-pop can now morph into whatever sound he chooses - thick hip-hop; jagged electronica; slick, refined pop - without losing his signature charm, while his work with an endless list of Australian up-and-comers has him as an in-demand collaborator: just ask the multitude of artists that litter his two albums, Vacation and last year's ZAG.

While his 2019 has been quiet thus far, he's entering the late-game with a single that seemingly reinforces both of this aforementioned attractions, with Paces teaming up with rising star Yorke for a single that showcases his strengths. Launching a new era signed to Island Records Australia, Vertigo carries that slick, Paces-esque electro-pop moulded into new energy and forward-thinking style; his experimentation on display as Yorke's hook-perfect vocal floats amongst crushing percussion and vocal tics - hiccuping, actually - that make it that touch more personal and intimate - it's almost like you're there.

If the common denominator between this week's column entries are experimentation, then Woodes fits in perfectly here. Silent Disco, the next single from the Melbourne-based musician's debut album expected next year, is a long way away from the twinkling indie-pop from which she's known. Instead, it's an upbeat, funk-intertwined cut that showcases her experimentation in songwriting and production; her years as a central collaborator for electronic musicians - Set Mo, Paces, Cosmo's Midnight, Golden Vessel - rubbing off on her own work in a defying way.

Worked on alongside Touch Sensitive, Silent Disco unites Woodes' distinct vocal grace and theatrics with a bass-line and synth section that plays alongside it; her cinematic swells of intricacy meeting a danceable beat that makes it a touch more accessible for the casual fan. "Working with Touch Sensitive on finishing the track made it all come together – working remotely between LA and Australia," she says. "It’s a little different from my other songs, but still feels like it fits into a film or cinematic world. I love that it’s a song about disco that plays into the disco realm."

Kllo - Back To You

In the time since their defining 2017 record Backwater, Kllo have been putting out some of the best work of their career thus far - and it looks like that's continuing into 2019, too. After last year's shimmering R&B hit Potential and its follow-up Candid, their new single Back To You is a swelling combination of gentle synth and pace-making percussion reminiscent of that explored on their debut, with their first single in 12 months being a track that looks backwards to look forward in a way: it's like their old work, only brought forward to the future.

Away from Kllo's signature production strength, the single feels uplifting yet also down-tempo and subtle; a bittersweet moment that teases their forthcoming work in the pipeline. "Back To You draws influences from the early 2000s," they say on the single. "We'd spent some time in LA recently, and being there reminded us of the 'American sound' that we both grew up with. Back To You is a good insight into what's to come in our next body of work." Catch them play two east-coast dates at the end of November in Sydney and Melbourne.

At the start of this year, we brought news that SAATSUMA frontwoman Memphis LK was launching a solo project, doing so with a glitching debut single Speak Honestly. "Today, we welcome the first taste of their next era, with Memphis LK stepping forward to launch her own solo project that carries the "ooft" factor of SAATSUMA repurposed in a modern and quick-paced way, with a self-produced production from Memphis keeping the pace levels high as her vocals swirl around and dance over the top," we said on the track.

Her second single Roses keeps this going, finding a new home at Dot Dash Recordings with a track that blooms from bassy electronica and pop hooks; the uniting of which quickly becoming an intersection in which Memphis LK strives upon. It's a metamorphosis - she says - or a change that for Memphis, now in solo mode, welcomes freedom and plenty more to come. Thick with promise and potential, Roses is just another reason why it's easy to fall in love with Memphis LK. 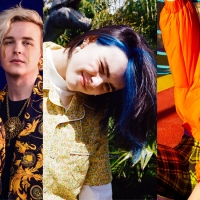 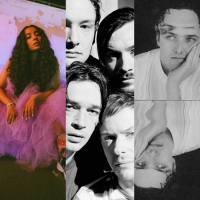 This week's must-listen singles: Everyone, because there's too much music out todayListen to new tracks from Triple One, CXLOE, Willaris K., Wafia, The 1975 and heaps, heaps more.
Light & Easy