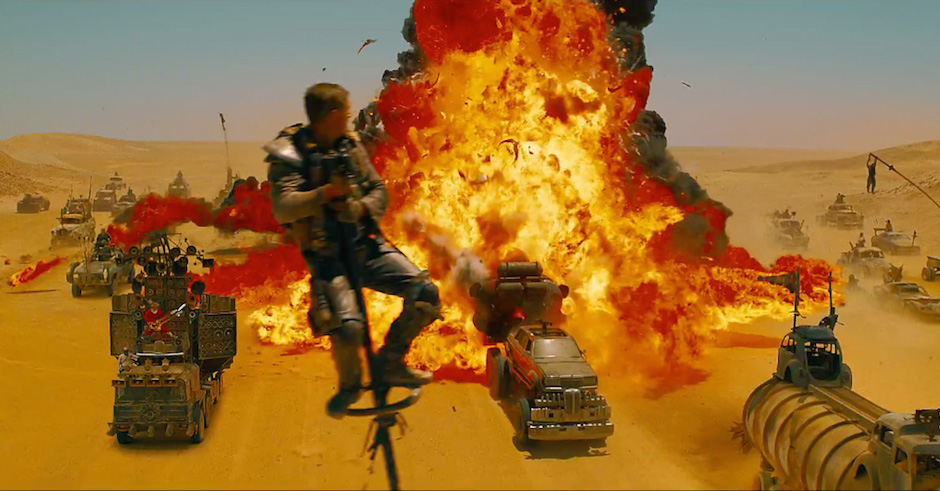 Nicholas Hoult howling, "Oh what a day! What a lovely day!” in a manic British accent and driving headlong into a colossal storm is something that stays with you. The look of pure glee oozing from his eyes, his teeth glinting metallically and his bone-dry lips add to the mania. Encapsulating the savage nature of the film in a moment. But this barbarism isn’t just in moments but the whole film, which is singularly about action. Its attempt at pure, unadulterated action leaves no room for half-arsed love stories, dislocated friendships or unnecessary emotions. Which is why the film is one gigantic, visceral chase.

And what a chase it is. The absence of (or well-blended mix of practical and) CGI is made up for horde of mis-matched vehicles, endless desert and a shitload of explosions. The action that accelerates out of this pandemonium is liquid smooth through some clever frame rating fiddling. And in doing so Mad Max: Fury Road side-steps the problem of audiences who couldn’t catch what happened in an action scene. By dropping the frame rate and then speeding it up to normal it keeps the pace going. But the frame rate isn’t dropped so much so that Charlize Theron looks like she is kicking arse in slow motion like a B-grade Kung Fu movie.

With the focus on distilled action the language could have easily rotted away but instead it’s raw like the landscape around it. Death is discussed in an off hand, “She was run-over by the wheels,” with the frilly adjectives ripped out by the visual gems of the action. And it’s refreshing to see a lack of pithy monologues about the qualities of a character we barely know that other action movies still attempt to pull off. But this world isn’t devoid of humour; the Australian accents stand in stark contrast to the growling British voice of Tom Hardy and the rev-head references. Nicholas Hoult playing Nux is called a rev-head and those that worship Immortan Joe interlock their fingers to mimic the way the pistons are shaped on a V8. The words V8 mean so much that it’s used as a sign of worship. I mean who else but an Australian director like George Miller would do such a thing, it’s brilliant. But overwhelmingly the inner-humanity of characters are drained away leaving only their physicality to convey meaning.

Fitting the post-apocalyptic genre, something popularized by the first Mad Max trilogy, perfectly, there is no attempt to sugar coat the bloody exterior with an over-arching plot as the only thing driving the characters is a desire for something better than the world they inhabit. Namely a group of women escaping from abuse; something mainstream cinema is bloody terrified to look at. But in a place where the days are blood red and the nights a somber blue, a land where cataclysmic dust storms, fiery lightning rage and the earth is poisoned everywhere the impossible somehow becomes possible.

Both film and genre highlight this thirst to survive. The characters wandering this world embody this; there is no time too clever there is only time to survive. Something that many post-apocalyptic films struggle with; how to treat the post-apocalyptic and tell the story? Australian made Rover also plays on a lack of dialogue but the varied pace kills the film. In contrast, Hollywood blockbusters often get caught up in flimsy emotional sub-plots causing the focus to be lost. Mad Max: Fury Road howls through post-apocalyptic genre perfectly, signaling that George Miller is back and he wants his throne. 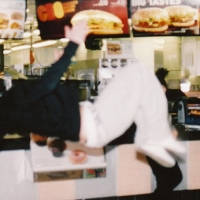 No Money Weekend: May 8The essential nation-wide cheapskates' event guide. 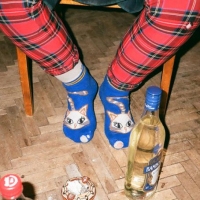