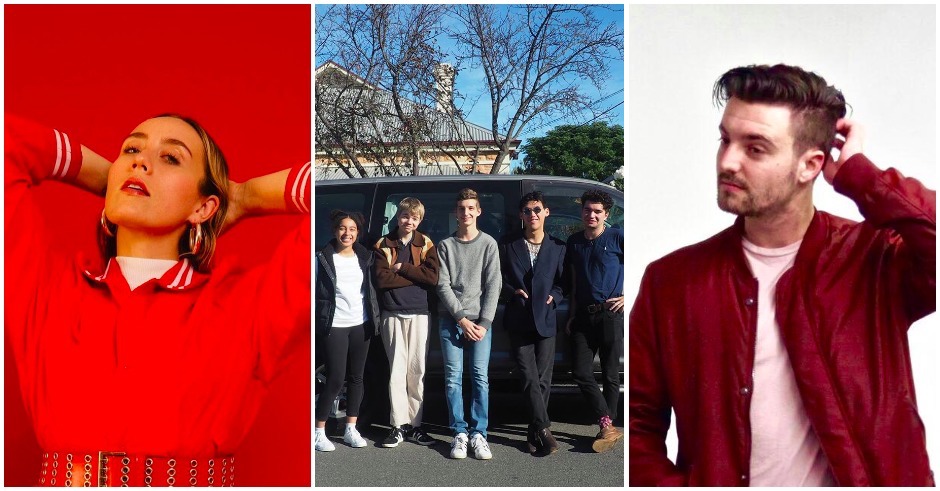 Digging for Diamonds is now your monthly wrap-up dedicated to highlighting all those hidden gems you may have missed from the month in music just passed. Shining some much-needed light on a handful of tracks that have for whatever reason, possibly fallen through the cracks, no artist is too big or too small. From indie-rock to hip-hop, rap and folk, there is no genre snubbing here.

Alex Elbery and The Strangers - Kangaroo

This month is stacked with great Australian music, and this is certainly one song I’ve had on constant rotation from the second I came across it via triple j Unearthed. Alex Elbery and The Strangers’ song Kangaroo is Australian rock through and through. With infectious guitars that surround some honest and great storytelling, Kangaroo is an Australian rock ballad that emits a tonne of atmosphere. One of the finds of the month via triple j’s Unearthed.

If you’re after a fresh face to jump on board with in pop music, then go no further than Toronto native RALPH. Stamping her name as one to watch with Cold To The Touch in 2016, she then backed it up big time with her self-titled six track debut EP which was released earlier this year. With a sound she self-touts “somewhere between Stevie Nicks and Sade”, RALPH injects some alluring smooth disco into the world of pop. 2016 shone some much-needed light on pop artists like Billie Eilish and Sigrid, but it’s criminal how still relatively underrated RALPH is. From the slow moving Busy Man to one of the years most underrated pop tunes Tease, RALPH appears to once again have outdone herself with her cover of Candi Stanton’s Young Hearts Run Free. This 2017 disco rebirth, is a youthful re-imagination that brings all those smooth tendencies that make it one of most recognisable songs of all time. With the assistance of RALPH’s infectious flair – don’t pretend for a single second like you don’t know every single word to this song.

Following making her debut on Beats1 with her track 105, Sloan Peterson is back with another taste of her forthcoming EP with Rats. Lo-fi and stacked with reverb, Rats is a “grow your hair out” alt-rock anthem to make something of yourself and to get shit together. The second taste of forthcoming self-titled EP which is due for release on September 8th, Rats ticks all the boxes as it presents as a yet another slice of the personal vision Joe Jackson (Sloan Peterson is her stage moniker) has for the new project.

If you want some funk, well boy oh boy have we got something for you. Introducing Sydney artist Charbel and his infectious groove Courtside. With a production that mirrors something from the likes of Kaytranada, Charbel’s track Courtside is straight to the dancefloor, groove that ignites your inner Anderson .Paak. The lead single from his second body of work Passion Fruit, Charbel has also recruited vocalist Jessicca for background vocals. With Courtside a mere taste, we are now certainly keeping tabs on the Sydney artist.

You know what’s even better then Australian music? Australian music from a group of folk that still in high school. Yep, hailing from Adelaide, the alternative five piece known as Bermuda Bay have firmly entrenched themselves as ones to watch and know about during this year's Unearthed High competition. Drawing inspiration from the likes of San Cisco, and boy is it apparent, Old Style Dreams channels those warm, dreamy nights come the summertime. Slowing making a charge up the Unearthed charts, whether they take out this year's Unearthed High competition or not, Bermuda Bay are exciting and look set for big things.

Taking a break from the homegrown talent for a moment, Toro Y Moi is back and sounding bigger and better than ever. Released on the same day as HAIM’s sophomore album Something to Tell You, Toro Y Moi’s new album titled Boo Boo is quite possibly his best yet. Offering up his most personal work to date, Boo Boo is mood-driven indie, with hints of expansive ambience. Sitting twelve tracks deep, from front to back there is a lot for the ears to love here. Through tracks like No Show, Embarcadaro, You and I and W.I.W.W.T.W, it was hard to pick a favourite. This is an incredibly attainable record, but one track that has certainly caught my attention is Labyrinth. It’s a moody, slow burner that bridges the genre of shoegazing. From the woozy synth, the faint breath loop in the background, Chaz’s smooth vocal to that wondrous guitar riff that pops up on occasion, Labyrinth is one of the best pieces of indie of the month.

Neil Frances - Back To What I Know

Dig a little deeper and Neil Frances’ latest cracking offering Back To What I Know on the surface isn’t what it appears. Catchy and backed by an upbeat, bright production, Back To What I Know lyrically tells a story about the deep regret behind the experience of almost cheating on a lover. Put that aside though, this is yet another taste of what can be discovered via triple j’s Unearthed and you can bet this has been on playlist of constant rotation. Backing up, if not bettering all that their previous track Dumb Love is, Back To What I Know truly stamps L.A band Neil Frances’ name as one’s to watch.

We cannot contain our excitement for this up and coming electronic producer any longer. Sydney native Obseen is quietly producing some of the country's most exciting pop infused electronic music, particularly with his latest offering titled Touch. Through the assistance of vocalist Ash-Leigh, Touch lays showcase to the best production we have heard from the homegrown producer. With his previous track All Of You still doing work via the Unearthed, Touch feels like a truly dynamic piece of electronic music, with it sounding like something that would transgress nicely in a live format. Highlighting the use of that electric guitar throughout, what Obseen brought on his earlier 2017 offering in All Of You, he has well and truly up’d the ante with Touch.

Kicking about abroad, the Australian punk duo known as The Beverly Chills are demanding your attention. Having just signed with record label Sick City Records and mere weeks away from heading out on tour with one of the most buzzed about homegrown bands right now, Ocean Grove, it’s all guns blazing for this punk act. Taken straight from their new eight track EP Leave Me Hanging, Heartburn takes you straight to a packed, sweat-drenched garage near the beach. Like a rebel with a cause, Heartburn will leave you wanting to kick, punch and break things. Not that we condone such behaviour, but this will surely have you amped for various reasons.

It felt like just yesterday that we last spoke about and featured Melbourne’s Hayden Calnin, and it’s apparent why. Having just released his new six track EP titled Dirt, (of which we previously featured the incredible Waves), the inspirations and influences behind Hayden’s music are damn clear and Collision is yet another beautifully delicate showcase of the Melbourne singer, songwriter and producer's talents. Whilst winter still remains, chuck this amongst your wintery playlists. 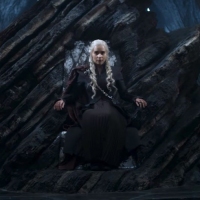 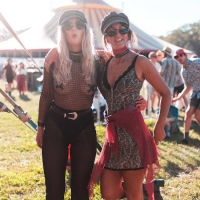 Why are we still telling people what they can and can’t wear at festivals?It’s 2017 fam, time to get past your own hang-ups.
Light & Easy