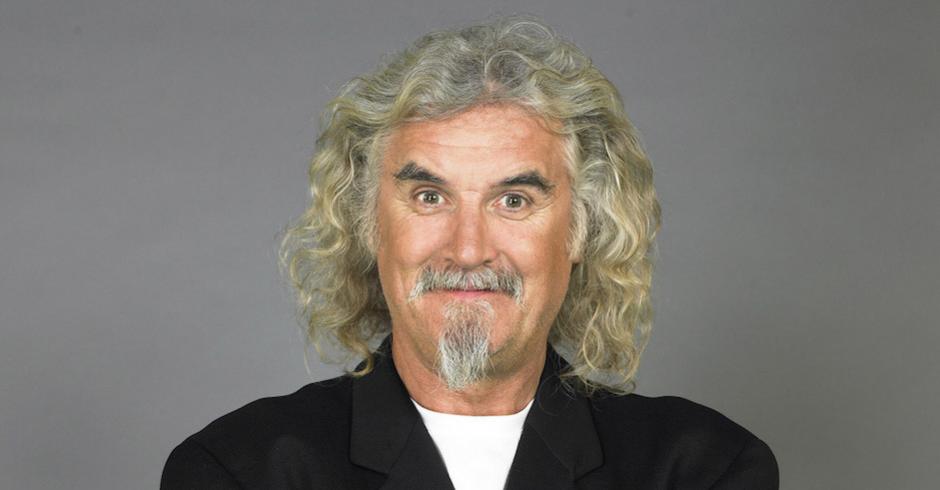 Late on in 2014 I stumbled upon a gem on YouTube. It has made for captivating viewing and provided me with no small amount of unbridled joy. Though I would recommend first time viewers to read the back story provided on the YouTube page itself, essentially it is a clip from 1998 of Billy Connolly’s appearance on a late night talk show in the US. The host, Tom Snyder, and his stage manager, are in stitches as Billy launches into an anecdote from a recent film shoot involving a fart machine, which snowballs riotously into the hysterical final joke.

Taken in context, this is a notable moment in American talk show history as we are watching a foreigner delve heedlessly into subject matter considered taboo, and to a rapturous response. In spite of the post-watershed time slot, an oddly puritanical streak remains in what broadcasters see fit to air, and toilet humour had long been consigned as vulgar juvenilia beneath adult viewers. Direct references to such bodily functions are completely avoided and even mild allusions are rare. Yet beneath the buttoned-up façade lies an inescapable truth – fart jokes are universally funny. The reactions from the host and the stage manager off-camera show how dearly they had wanted to dwell in undignified comedic spaces.

I have watched this video countless times. What is fascinating about the compulsion to replay is that the jokes lose their punch swiftly and become almost incidental to what is the real source of amusement – the laughter. The host and the production staff, entranced by Billy in Pied Piper form, are having a ball.

Even when he takes the plunge and decides to add to the reverie, Snyder’s choice of joke is decidedly conservative. The host is so well drilled in the art of innocuousness his phrasing for the deed is “let one go”. But in spite of being one of the older jokes going, the snappy delivery ensures no momentum is lost and Billy arcs into the triumphant denouement. It’s worth noting just how shrewd a choice this joke is (itself oft-told), so much so that if Connolly weren’t a naturally brilliant comedian you’d think he had planned it in advance. Snyder’s reaction to the setup (“…at the coronation…” 2:20) is telling. America has a long history of irreverent nose-thumbing towards British royalty (a trait no doubt forged from a war of independence from the monarchy), albeit in a more cordial manner these days. Tom cracks it simply realising he’s about to hear a royal fart joke.

From there we are taken through an array of uproarious reactions. First, a beaming, childish grin from the host as Billy gets underway. 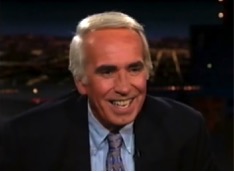 ^ Loves a fart joke this guy

Then, a proper chortle at the Billy’s fittingly graphic fart mimicry (2:29), at which point the delighted high-pitched squeal of the stage manager re-joins us. You just know that when the punchline hits, sides will be split. And so it transpires: 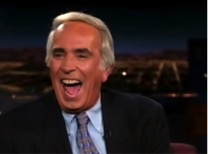 This is a laugh so immense the guy is actually paralysed. Watch his right arm and hand as he stamps his left foot (2:42). Locked into place, such is the power of this gut laff. He’s not alone either: 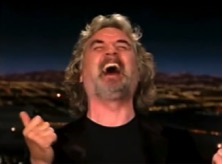 ^ You know Billy’s a fan

He attempts to compose himself by readjusting his suit... 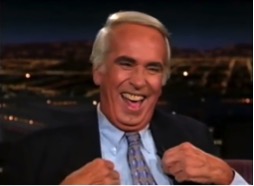 ...before giving way to one final, extraordinary burst (2:47). This is not just pure joy we are watching, it’s catharsis.

If you are wondering what on earth would inspire one to write a breakdown of a three-minute YouTube video, the answer is simple. On darker days, bunkered down and sealed off from reality, this video and many other well-worn artefacts of humour that display both the joke and the unforced response have offered blissful relief. Stand up shows that have been watched so many times you know the joke backwards are still relentlessly entertaining, because something still lights up when you hear another’s rapture.

If you were to show this video to anyone in the world, English-speaking or not, you would be very likely to ignite a similar reaction. They are given the context of the jokes with the fart noises, so effectively they are watching two grown men absolutely lose it to some very childish humour. What a wonderful notion – on top of being nourishing physically and mentally, laughter is highly infectious. There will be days ahead where life doesn’t seem so funny, but best believe it is the silly stuff like this that will keep me laughing. 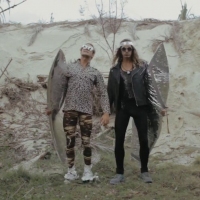 Cinepile: Nix Nic Nooley - A New Breed Of Surf MovieA new generation of surf film has been born, thanks to Toby Cregan. 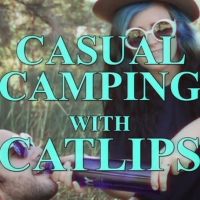