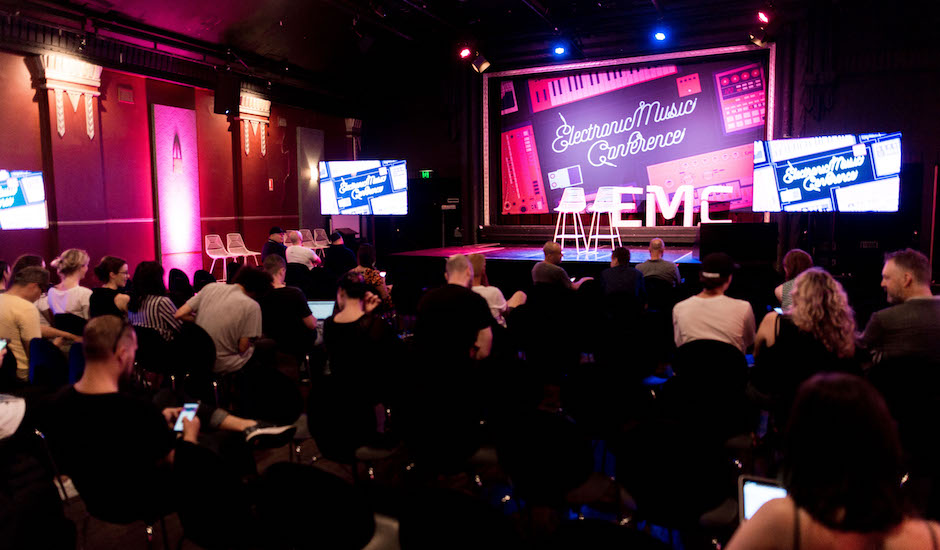 This week saw the return of the must-attend Electronic Music Conference, two days of sit-down conversations, panels, workshops and parties in Sydney's Redfern district with some of electronic's most renowned figures. With representatives for FBi Radio, Future Classic, APRA AMCOS and triple j sitting alongside producers and musicians including Touch Sensitive, Ngaiire and Miss Blanks, this year's Electronic Music Conference was packed full of golden nuggets of industry insight, including how to tackle those pesky social media algorithms, how to get your tracks on the radio, and case-studies on Fabric Nightclub, blockchain, drug education and more. It's a full-on two days, and unless you can somehow clone yourself a couple of times, you probably won't be able to catch every single panel and workshop, which is why we've compiled a couple of our favourite take-home messages from this year's conference just in case you didn't catch 'em. 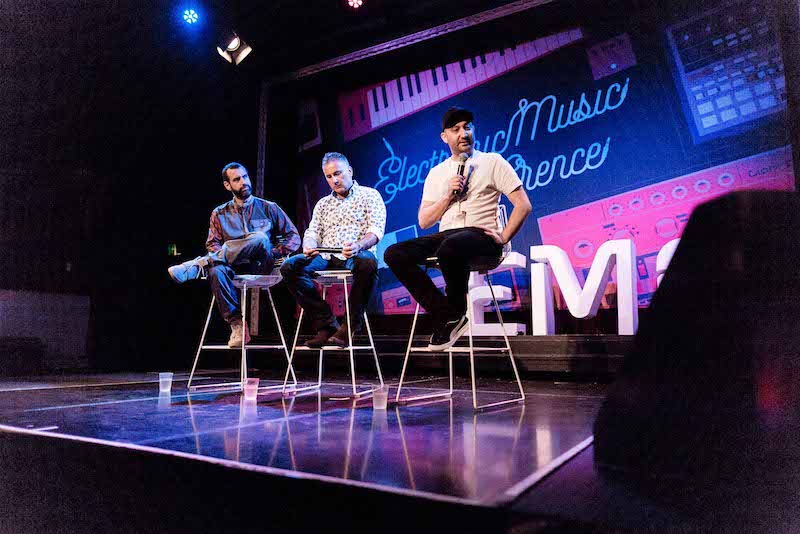 1) DRUG EDUCATION IS THE ONLY THING THAT WILL SAVE LIVES

One of the standout sessions of this year’s Electronic Music Conference came from a case study on London clubbing institute Fabric, who made headlines all over the world after being closed down in 2016 following two drug-related deaths. The iconic venue gained the support of DJs, producers, industry members and fans from all over the world, which reached over 150,000 signatures on a successful petition to reinstate their license, finally re-opening early this year. The stellar panel featured Fabric’s Programmer and Promotions Manager Judy Griffiths, Night Mayor of Amsterdam Mirik Milan and Global Drug Survey’s Adam Winstock, who launched into the role clubs play in nighttime culture, how music scenes are aided by venues like this, and the ongoing relationships venues have with councils and police.

The panel kicked off by making it very clear that drug-related deaths in clubs are rare and unpredictable, with no two experiences the same. Griffiths, Milan and Winstock all agreed that (surprise, surprise) drug culture isn’t going anywhere, no matter how hard government bodies try to get rid of them, so the next best option is to treat the issue as a health concern. “Focusing on banning drugs is naïve. What is better to look at is the education of drugs,” said Milan. Rather than ignoring the issue, the panel suggested strategies to minimise harm by having information for punters on how to take them safely, and training club and bar staff to be able to identify when someone may need help and act accordingly. As part of leading Global Drug Survey, Adam Winstock explained that most punters end up in the ER because they took unsafe amounts or mixed substances, not knowing what the less risky options are. He “wants venues to become hubs for that information,” aspiring for “zero harms rather than zero tolerance.”

This is just a snapshot of a broad and progressive conversation on the relationship between drugs and club culture, but it all comes down to treating club-goers as adults who are capable of making informed choices. The panel preferred to lessen police involvement by keeping education comfortable and accessible within venues, and for politicians to give the people who voted them in the respect that they’re not trying to ruin their lives. 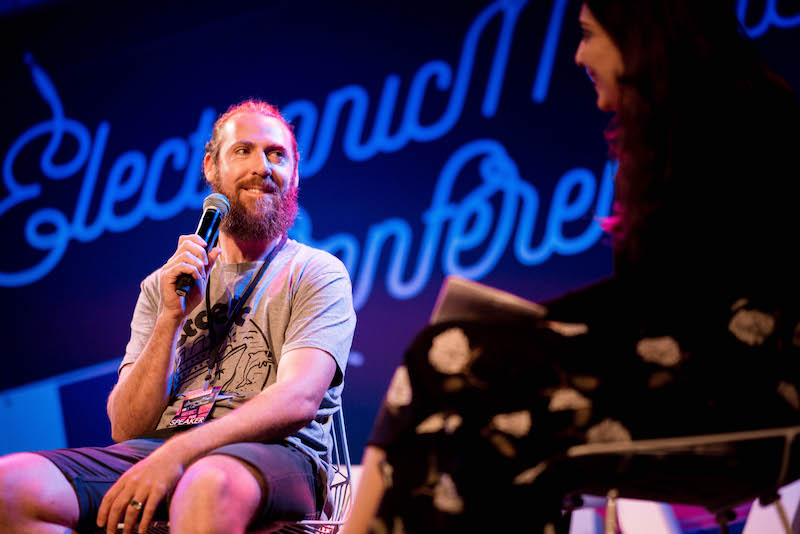 2) INTERNET CULTURE LAYS THE PERFECT GROUNDWORK FOR BEING SIGNED

These days it’s easier than ever to make a song at home and upload it to the world instantly, with Australia’s favourite export Flume being a key success story for the humble bedroom producer. More and more musicians are taking control of their art, starting and staying as an independent artist and playing an active part in the business behind their albums. Indie Labels; Taking The Power Back looked at DIY culture, and in particular, the role of the internet in helping artists gain traction before being picked up by a label.

“That’s where a lot of the exciting things start,” explained Aden Mullens of etcetc. “A good A&R [rep] is looking for a small blog label that people are excited about because it’ll naturally build.” Having an online presence helps because labels already have something to work with and can see how fans respond to each piece of material, along with the artists themselves. Future Classic’s Anna Burns outlined how A&R and management teams often look for artists with pre-existing groundwork, where there’s already “a vibe or a community that people are into.” Social media pages and online traction paint a better picture of who the artist is, the context of their music, and gives a sense of potential branding for both. Organic hype through word of mouth is definitely favoured, with Burns saying “it’s much harder to take someone that no one’s ever heard of.” 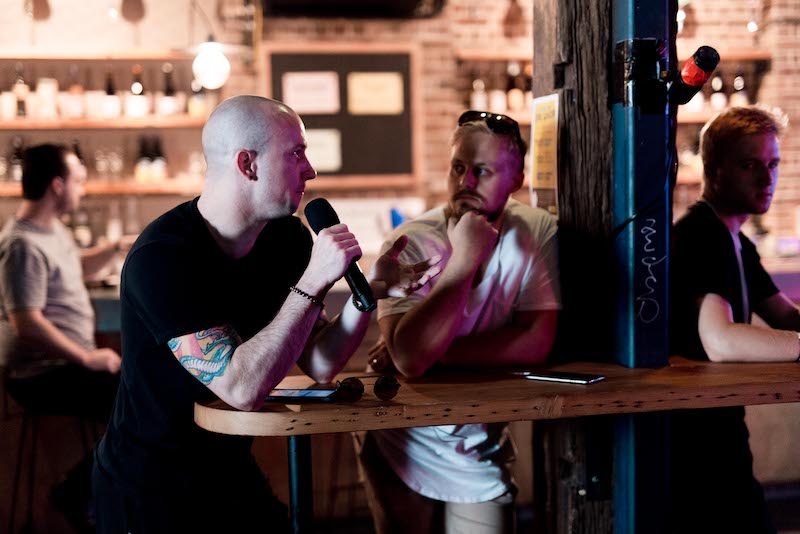 3) KNOW WHO YOU'RE PITCHING TO

So you’ve got your music online and you’ve made your mark with social media – what’s next? While it’s not crucial to have music publications on your side from the get-go, it never hurts to have more exposure, new contacts and a few quotes to pop in your press release for future pitching. Pitch Perfect; Is Traditional PR Fading In A Brave New (Media) World? compared old and new PR strategies, from no longer needing online premieres, to the dreaded Facebook algorithms being too unpredictable to control. However, the main takeaway was understanding the basics of how to pitch and who to pitch to.

The biggest mistake an artist or aspiring manager can make is blindly pitching with no concept of the recipients’ role and musical tastes. To start off, have all the necessary information an editor or A&R rep would want in one place to develop a roadmap of where you want to head with the release, including the album (pick out the singles), a good bio, press photos, any supporting music videos, and a marketing timeline of release dates. Anthony Colombi of Global PR said "next you’ll want to target your audience by finding someone who resonates with your sound, whether that’s a music journalist, an editor or a radio presenter". Never pitch blindly! Everyone’s got a name - use it. John Ochoea, editor of DJ Mag, expanded on how helpful it is to genuinely get to know the people you want on your side, by meeting them in person and taking the time to discover what other artists they love: “human connection means people will at least read the email or click the Soundcloud link because there’s a level of trust that when you know someone, you’ll know their taste.” 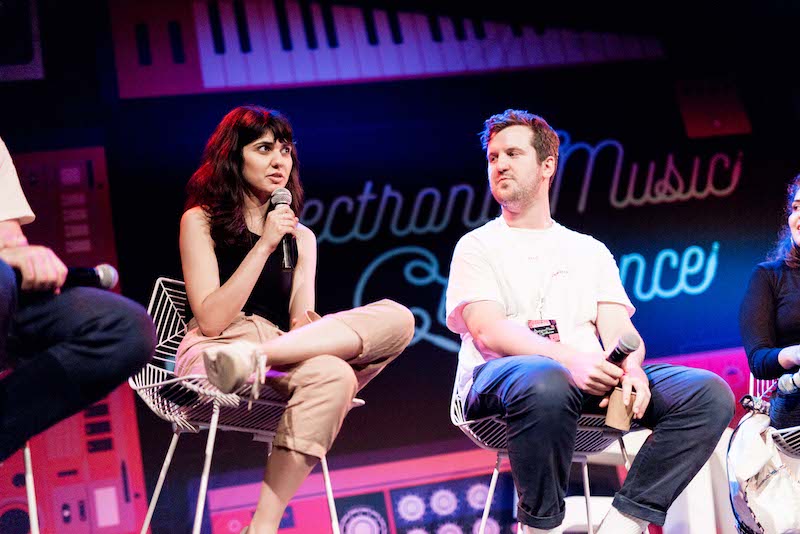 It shouldn’t come as a surprise to anyone that working in music is a pretty taxing job. No set hours, very little financial security and the fact artists put their heart and soul on the line for someone sitting behind a keyboard to judge leads to pretty reasonable feelings of self-doubt and anxiety – without even going into how hard it is to be on the road constantly. This year has seen honest conversations about mental health pushed to the forefront and EMC was no different.

“There’s a beautiful thing in saying no,” said Eva Trifonas, who manages acts like Kučka and Buddy Ross. “It’s having confidence, not being persuaded by the people around you, and knowing what you need to function.” Trifonas offered some sage words of wisdom in day one’s ‘When Beats Don’t Match; Mental Illness In Electronic Music’ panel, saying that planning ahead for when you’re on the road is key. For long trips, ensure you’ve got a day off every now and make sure that day is strictly designated to just activities that relax you; for short trips, having separate rooms between the artist and crew (where possible) is perfect for giving both of you some space to wake up before diving into the day ahead.

When asked in the ‘Kicking Goals In Your Own Backyard’ panel about how it can be difficult to be reactive when making big decisions, the overwhelming response was to be picky about what you say yes to. Melody Forghani, of twnty three, said the most important thing to consider when artists are bombarded with opportunities is “are they living healthy lives? Do they have time for things outside music?” As artist manager of Vallis Alps, Forghani understands the importance of knowing when to stop and was reassuring that other opportunities will come up in the future. Prioritising downtime only means you’ll continue to be stronger in the long-run. Having a career in music is a marathon – not a sprint – and the value of your wellbeing is so much more important than any financial gain or career stepping stone. 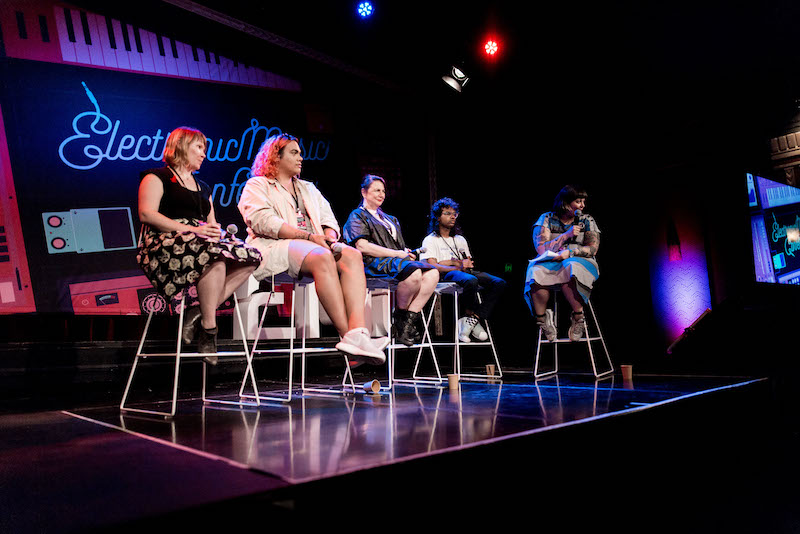 5) LET ARTISTS OF COLOUR SPEAK FOR THEMSELVES

It’s really as simple as that. A heated panel entitled ‘The Cultural Appropriation Tightrope’ saw artists Thelma Plum and Ngaiire discuss the problematic normality of using other cultures to profit from them, without consideration. “There’s a difference between cultural exchange and cultural appropriation,” Thelma Plum explained. “[Cultural appropriation] is stealing or borrowing somebody’s culture that is not yours and profiting off that in some way, whether it’s socially or financially.” It’s an all too common problem in music, fashion and art, which the two artists said can be solved by consulting whether it’s offensive or a positive exchange of ideas with people of that heritage. Once again, it’s really that simple. Plum also stressed the importance of not just asking for one opinion, instead opting to do wider research: “one person doesn’t speak for all people. Listen to communities and their response to using parts of their culture. Really listen.”

Similarly, over at the Safe Spaces panel, rising star Miss Blanks stressed the importance of actively doing your research into the experiences of other cultures: “don’t rely on oppressed and minority communities to do all the advocating. If they do the emotional and mental labour, shut up and listen.” Finally adding it’s important to have these uncomfortable conversations in order to break down racism, transphobia and homophobia by creating awareness. 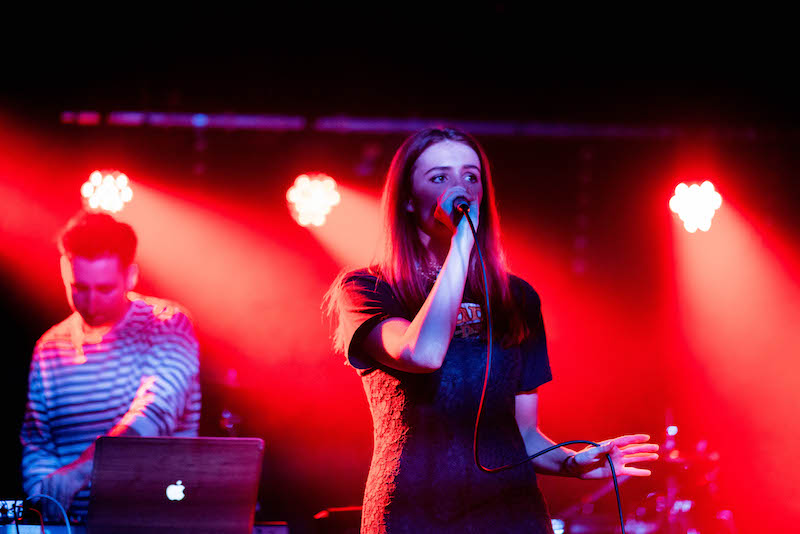 6) THE NEXT GENERATION OF AUSTRALIAN ELECTRONIC IS GOLD 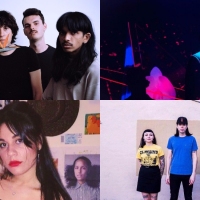 Robbo's Rare Finds: The most underrated Australian tracks this monthShining a light on our favourite emerging Australian acts over the last month. 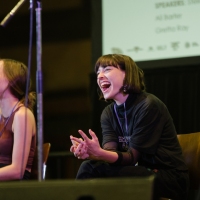