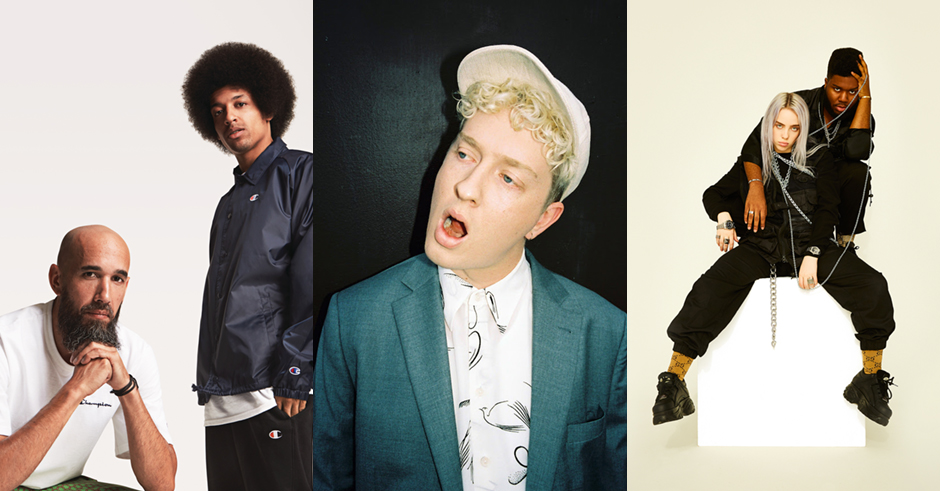 Every week, we're hammered with tonnes of new music from Australia and afar, so much so that at times, it feels a little overwhelming and you're not quite sure where to begin. Every week, we plan to run down this week's must-listen singles and releases, kicking things off this week with new music from Remi, Billie Eilish, Odette and more. Check out Pilerats' homepage for more brilliant music and news, or subscribe to our Spotify Office Playlist for easy listening.

Over the past few years, Remi Kolawole has become one of Australian hip-hop's most dynamic and reliable names. His releases are football fields away from the next best, with Kolawole's vocals always feeling at comfortable and relaxed above Sensible J's typically percussion-soaked productions. My People is his latest and it continues this trend, with the REMI two-piece teaming up with one of Australia's most exciting names, Thando, for an infectious, soulful single worth paying attention to. Above Sensible J's percussive rhythms sits Thando and Remi exchanging vocals, Remi feeling as relaxed and effortlessly brilliant as ever while Thando offers a Janelle Monaé-esque sprinkling of soul in the single's chorus and final outro. The single comes with a colourful video directed by fellow hip-hop force, partnering with friends to, as REMI says brilliantly, celebrate the fam. "The most beautiful thing about this song is that it was about family and I got to create it with family," he says on the single and video. "It's forever inspiring when those closest to you just get better and better. When I hear the track, all I can hear is fam."

Matthew Young - Fix Me Up

Matthew Young's angelic vocal has graced this site before, most recently reworking Kate Bush's classic Running Up That Hill into a stripped-back, indie-pop masterpiece that is almost addictively rich. His latest single, Fix Me Up, is another lush pop ballad, further teasing his well-overdue upcoming EP Fruit, which has now been slapped with a May 25 release date. Like his Kate Bush cover and popular hits before, Fix Me Up is a powerful pop anthem that focuses on Matthew Young's 'honey-souled' falsetto, combining his influences in R&B and pop to create this soul-infused, slow-tempo ballad which will leave your heart aching as its four-minute duration draws to a close. "I wrote Fix Me Up a million years ago, about being dependent on a lover, like a drug - not always a good thing, not always a bad thing, just a thing we do, as people," he says on the single. Pre-order his upcoming EP HERE, and be sure to catch him on a full national tour this June/July - dates, info and tickets HERE.

I don't wanna be all like "we were talking about her first", but when we first discovered the young Billie Eilish and her woozy debut Ocean Eyes a few years back, it was apparent she was going to go on to do big things. What we may have underestimated though, is how big she would go on to become. At the moment, Billie Eilish is one of pop music's most exciting, talented and well-loved names, dominating the recent Laneway Festival as an easy 'best on ground' while continuing to release great singles, like collaborations with Vince Staples and now, Khalid. Lovely sees the latter act join forces with Eilish above a gorgeous, piano-backed instrumental, with the two young names demonstrating why they're two of the most hyped acts around at the moment with an incredible single that highlights their respective vocal talents. With Billie currently working on her debut album and Khalid about the return to Australia as a part of a massive Splendour In The Grass line-up later this year, don't expect them to disappear anytime soon.

There's a lot of ways to describe No Mono, a new partnership between Tom Snowdon and Tom Iansek. Angelic, irresistibly stunning, beautiful, remarkable, moving and gut-wrenching are all descriptors we've used while talking about their past three singles, but I'd like to summarise all of it into one word - special. No Mono are special. They're a one-off pairing between two of Australia's most spectacular names, and unlike many similar 'super-duos' to form previously, Snowdon and Iansek don't battle each other for the limelight or do anything to drag each other down. Instead, they build each other up, somehow eclipsing their respective work on their own projects while in partnership with one another. Frostbitten, another taste of their upcoming debut album Islands (Pt 1) (out May 4), summarises this perfectly. Above a stripped-back piano backing, Snowden's vocals are as angelic as ever - emotionally caressing with its therapeutic effect that almost feels like a warm hug. Catch them play at the Sydney Opera House in June for VIVID Live, or joining Khalid on the Splendour billing in July.

Odette - Take It To The Heart

To say Odette made a splash with her spoken-word debut single Watch Me Read You would almost be insulting. If anything, she made a tidal wave, kick-starting a massive career ahead for the tender musician that has already given her placings on the Hottest 100 and on a bunch of great line-ups, something that'll no doubt continue as she strives towards the release of her debut album To A Stranger, out July 6th. Take It To The Heart is her latest and it's a slightly more upbeat effort from the superstar-in-the-making, but it works. Above a clapping, piano-driven instrumental, Odette is in control, with her vocal flow pacing between quick and fiery to slow and emotive across the single's moving length. Make sure you check her out on her upcoming, Australia-wide tour this August in support of the tour - full dates, info and tickets HERE. 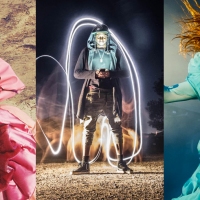 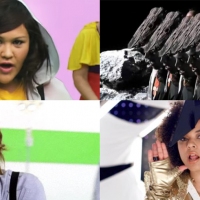 An Ode to 2007: The Best Year for Australian MusicCast your minds back to the good ol' days, when Faker's This Heart Attack was the song of the summer and Operator Please played Big Day Out.
Light & Easy