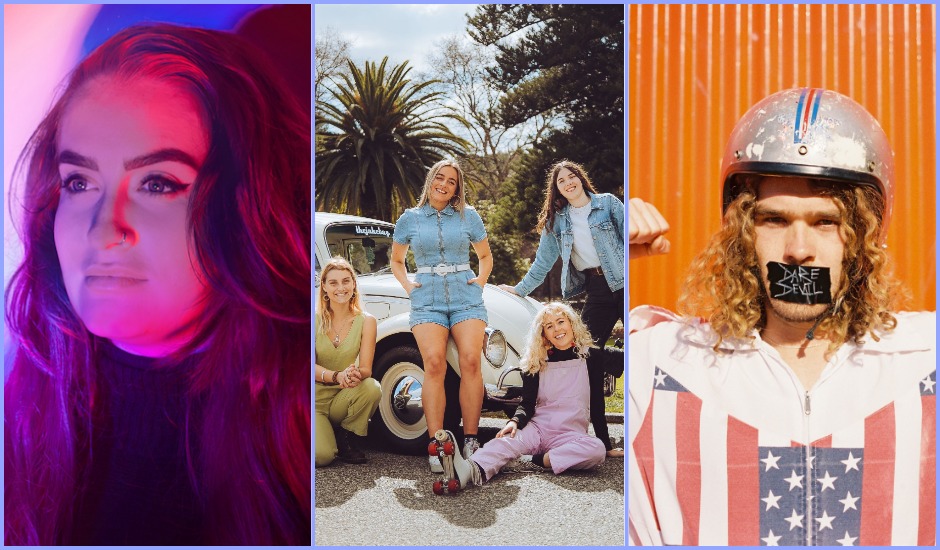 The West Australian music scene has well and truly been shining in a lane of its own and its time we shed some light on the talented artists, making their name in and around Perth. Take a look at a few artists we are loving at the moment that are creating sounds that are cleverly defining WA’s music scene (in addition to the others we've talked about throughout the month too, from Felicity Groom and James Abberley to The Money War and Jack Davies.

After a break-out 2019 thanks to the unexpected, runaway success of their two first singles Fall and Own Ground, Dulcie were a four-piece we had a key eye on for 2020. The group started the year being an act to watch, but instead of rushing to take advantage of the limelight they instead stepped back, focusing on refining their songwriting - alongside the odd show here and there, while they could - and exploring new territory.  Dust is the first track to come following that, and it's a brilliant showcase of what Dulcie do best.

It's a rich pop song thick with the vocal harmonies Dulcie become quickly-recognised for (that's what happens when everyone in your band is a vocalist), with swaying vocals moving amongst a backdrop of indie-pop that carries this warm, wind-swept feeling. There's slight darkness under those vocals, however, and as the band explain, it may come from the song's complex meaning: "Dust is a song about realising something isn’t what you thought and as time goes on you lose touch of what it was that was good for you in the first place."

BEXX - Burn It Down / Hold Tight

BEXX is someone familiar to anyone within the West Australian electronic world, being a go-to act representative of the state's bright dance music future ahead as well as someone who constantly elevates others within that space, both those in the limelight and those behind-the-scenes. She's a remarkably special addition to Perth music who after a long time of building herself up and evolving her sound is finally beginning to make an entrance, doing so with the release of her first two singles - Hold Tight and Burn It Down - earlier in October.

They're two songs which perfectly represent BEXX's dance-pop world, pushing forward this forward-thinking display of house music-meets-experimentalism with her own vocals intertwined amongst them, adding this creative pop flair that feels reminiscent of something like Charli XCX meets The Presets. Hold Tight moves with a more gospel-like pace with its building, cathartic vocal, while Burn It Down teeters on the edge of four-on-the-floor without going all the way there, keeping you on edge and keeping you coming back for more.

Even amongst the madness of 2020, Noah Dillon has made this year his own - effortlessly, may we add. His 2019 was a break-out moment a long time coming, with a debut EP - Everything Melts - littering shows such as BIGSOUND and Wave Rock, but he hasn't slowed down in the time since, sharing two of his best-performing songs to date throughout 2020 in Matthew McConaughey and Sunburnt In July. They're two songs that really showcase Noah at a peak, bringing his sharp and relatable lyricism to the forefront amongst crashing indie-rock all crafted by himself; the musician being a keen multi-instrumentalist and a master of them all.

His new single Knievel Daredevil shows that brilliantly too, with Noah playing every instrument you hear on the track bar the clarinet and backing vocals, the latter of which enlisting Asha Jefferies in what's his first major collaboration. It works brilliantly too, with Asha's vocals offering a light sense of relief amongst Noah's, as they pairing move amongst a bit of a lighter instrumental that encourages you to focus on its lyrics. "This song is a reminder to step back and ask yourself what you really want. It’s a reminder to do things on your own terms and be who you want to be," he says.

There have been some incredibly brilliant break-out artists to come from Western Australia this year, and Lo is most certainly amongst them. It's the solo project of FLOSSY's Lauren O'Hara, who moves away from the duo's cathartic and upbeat energy in favour for something a little more subtle and reduced, emphasising the more singer-songwriter side of her sound with full creative control at bay. Her debut EP Plan For An Independent Future showed this brilliantly, drawing comparisons to The Japanese House and Angel Olsen as she tied together rich harmonies and textures and crafted an amazing introductory moment for herself.

Her latest single Away builds on that, being a gentle near-four-minutes of strumming guitar work and rich vocals that move together with a thick sense of emotion underpinning it all - a rich potency that we've come to expect from Lo as she shares intimate snapshots of her life through shimmering pop music. It's rich with honesty and vulnerability, as Lo takes you into her world for a warm four-minutes that leaves you feeling quite calm and relaxed - even if the single's theme revolves around quite the opposite.

Alter Boy are one of the most brilliant acts we've come across, with our introduction to the group earlier this year being the perfect place to start if you're not yet familiar. The seven-piece focus themselves on the intersection of deaf/hard-of-hearing and queer art, exploring the combination of the two - and the two apart, of course - through their music, videos and live shows which create a world unlike anything we've really come across before.

It's something that was shown on their break-out 2020 single Glitter earlier in the year and it's something that is even heavier emphasised on their second single Bad Dream Break In, which with its official video clip, feels like exactly what Alter Boy want to bring across with their work - and something they do brilliantly. "We’ve already had deaf say to us, ‘WOW I’ve never seen any video like this before’, which hits us hard and is exactly why we’re doing this," says one of the band's AUSLAN signers, Laura. "We’re putting deaf first, giving our community something that’s made for Deaf by Deaf, that isn’t just a translation." 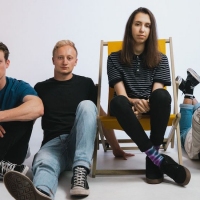 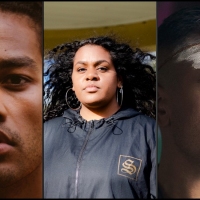 How Deadly Hearts captures the musical peaks of Indigenous AustraliaOn their third compilation, the Deadly Hearts record welcomes some of Australia’s most brilliant - and important - musicians to the forefront.
Light & Easy