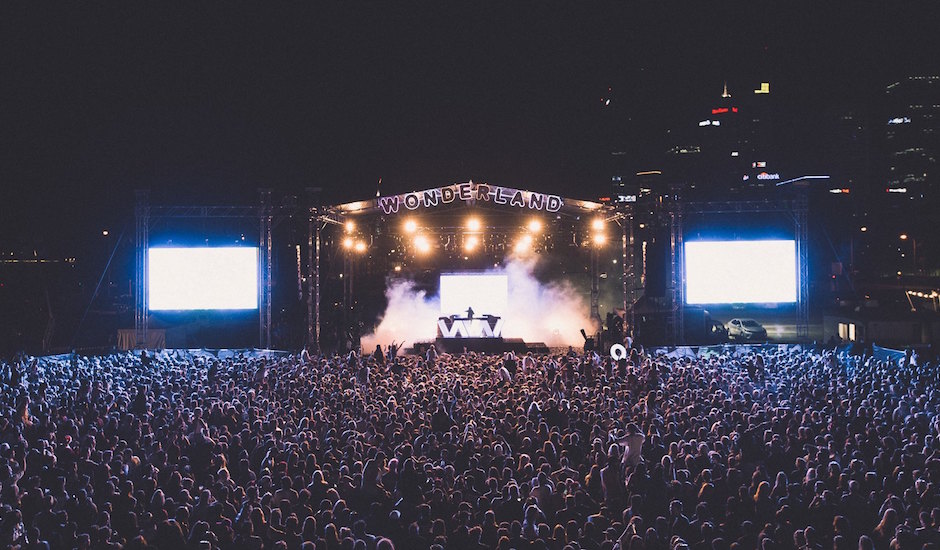 A few weeks back we posed the question, What happened to the days when we used to actually commit to music events? following a couple of interesting weekends on the Perth festival calendar. It was mostly centred around a set time change for JAUZ at Perth Stereosonic backfiring spectacularly, and a couple of coastal-based festivals suffering from some punters getting cold feet on account of not-exactly-perfect weather conditions.

This summer festival season has started to see some ugly old trends gathering a bit of momentum once again, and it’s kinda sad to see.

In the blue corner we have the re-emergence of ticket scalpers, jumping on the need for festival organiser’s to sell tickets quickly off the bat by offering cheap first release ticket options.

And in the red corner we have fence jumpers. Not a new phenomenon by any means, but with the ease of a video “going viral” thanks to Facebook event walls, an exciting new world for poor bastards or underage kids who idolize FB-famous dipshits.

Let’s go blue first, and have a look at an actual conversation between two people discussing the on-selling of tickets for an upcoming event over in the west: 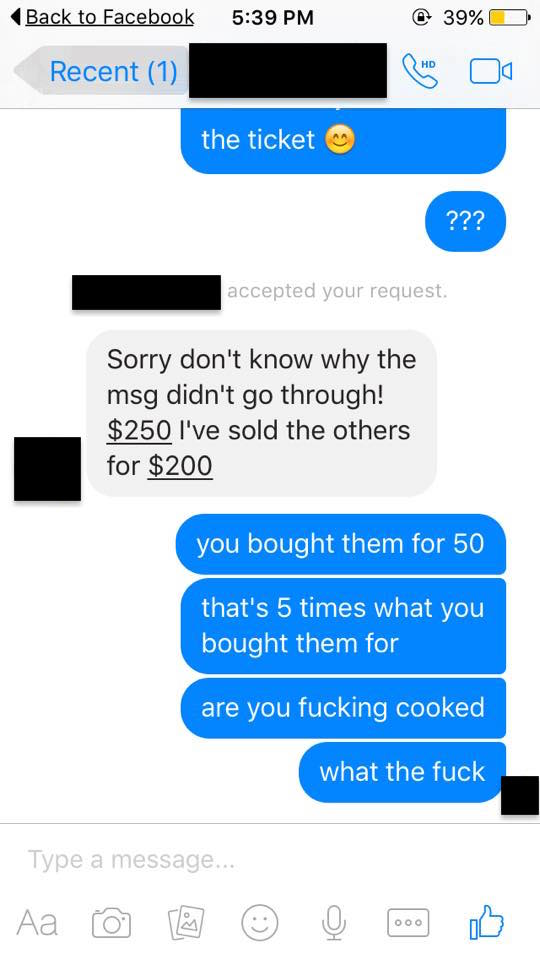 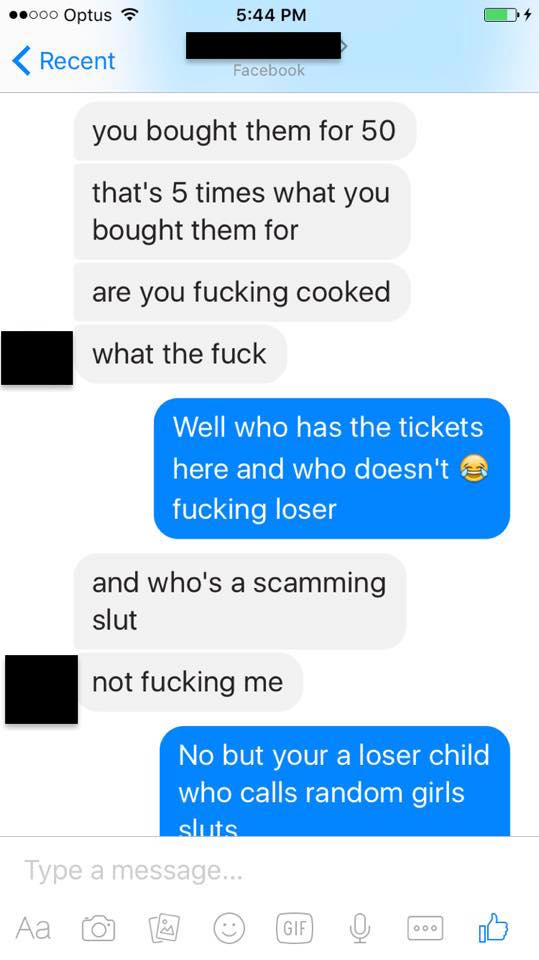 Now, while we don’t condone the term slut being bandied about by our poor buyer (or the threats the person in question has been receiving since this hit the event wall last week), but their attitude is pretty shocking. Selling tickets for five times the price just because you can? It’s opportunistic, greedy, and really fucking low. And to then gloat about it? Obviously if you’re scalping tickets you’re already a pretty shit human, but c’mon.

You’ll notice the argument thrown about that if people wanted tickets at the right price they should have bought them earlier. But the fact remains that they wouldn’t have needed to get them earlier if scalpers weren’t buying 10 tickets at $50 to on-sell for $200 each.

There’s also an argument that it should be on the event organisers to prevent this practice. There’s been a few different methods to cut down scalpers ability to scalp in the past, but let’s look at it this way – how about it should be on us to be decent human beings, and not take the opportunity away from punters who are actually interested in the acts and the music put on by a certain event, for an incredibly reasonable price?

Unfortunately supply and demand exists for a reason, and for every fuckwit happy to offload a ticket for two, three, four times the price they bought it, there’s someone desperate enough and with enough cash to just cop the hit so that they can attend the event.

Back to the red corner, and the scourge of fence jumpers, presumably coming at their end goal for one of two reasons – they can’t afford it, or they’re too young to actually attend the event. Or three, they’re just doing it ‘cause their super cool friends are doing it (worst).

Common arguments include: The festival shouldn’t be so expensive. It’s just a bit of fun. Straya.

I’m not sure if you’ve been at a festival you paid good hard cash to attend and witnessed it, but the sight of hundreds of kids coordinating a rush on a fence to topple it over, barge their way through pissed off security guards and scattering amongst a field of punters isn’t all that great. In the case of George Fitzgerald's set at last year's Listen Out in Perth, it completely ruined the vibe Fitzgerald had been working on for his late arvo set, with a bunch of kids and security guards streaming through a small but incredibly appreciative crowd at that point.

Despite what you may be lead to believe, music festivals aren’t this thing that just happens over night and resulting in organisers walking away with buckets of cash and laughing off into the sunset. Those days are long gone, and the fall of festivals like Big Day Out, Future Music and Soundwave is testament to that.

Festivals take months and months of planning, sleepless nights, organization and the crossing of endless amounts of t’s to go with thousands upon thousands of i’s. These people are trying to put on a good time for you, which you repay by destroying fences, fucking up security guards, causing injury to punters already inside the event, and just generally spitting in the face of the people who put the event your jumping over the fence to get into in the first place.

Not to mention if something should happen to you inside the festival grounds… “Underage kid overdoses at music festival,” is just the kind of headline people like Sydney premier Mike Baird are hanging for to shut these parties down altogether.

If you can’t afford it (a flimsy argument at best because the pingers in your pocket you’re running into the festival with didn’t come for free), tough shit. Save up some coin and earn your fun day like everyone else had to. And if you’re you too young? Honestly, just wait. You’re not missing out on the experience of a lifetime waiting a year or two to legally enter the event. And to be honest the more you do this the more likely it is these events aren't even going to be put on in the future. Lead news headlines like "Hundreds of fence jumpers storm the fence at Festival X, injure security guards, damage property" are all the ammunition needed to can these events in years to come.

If you're doing it for social media glory, well we've lost you already so best of luck in what's shaping up to be a great life.

Maybe this all sounds old fashioned, but if old fashioned means I enjoy going to music festivals and having a good time without being fucked over by a scalper or being trampled by a pack of impatient kids – then bloody well call me old fashioned. 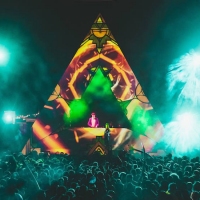 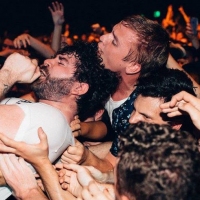 Some feelings I felt while watching Foals liveFoals back up a massive record with an equally large live show.
Light & Easy