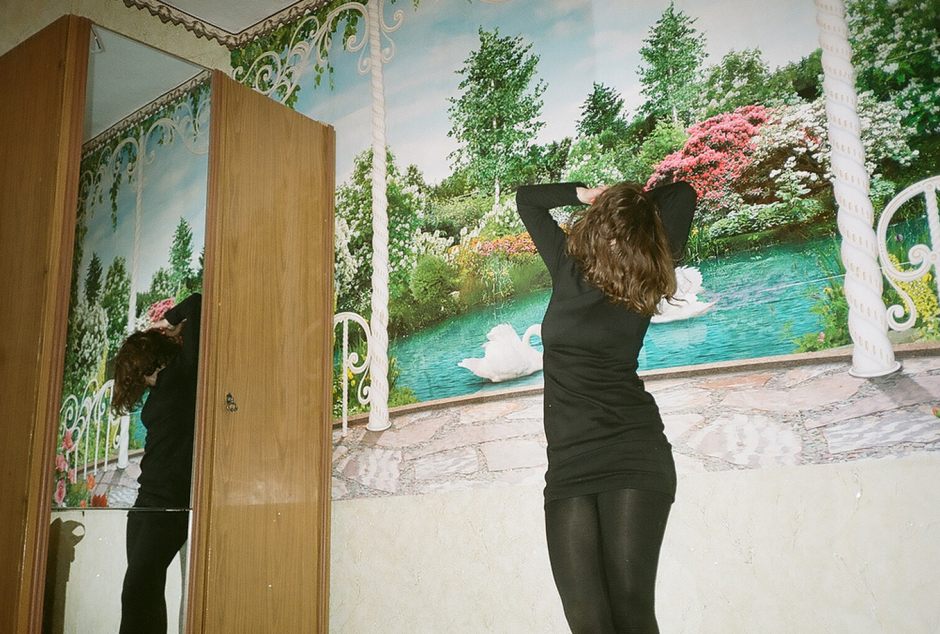 Get economically festive this weekend with our handcrafted cheapskates guide to a fun weekend. You'll find an abundance of parties, fries and milkshakes, sunday house-groove sessions and a South American street festival. Wherever you are in Australia, make the most of your two days of freedom with minimum cash-monies.

A NEW VENUE WITH A SIDE OF FRIES

With the demise of The Bakery, Perth needed a new live music venue with some charm. What was once a post-office, Black Betty’s and then Parker Nightclub, has been transformed into Jack Rabbit Slim’s a 50s-retro late night music diner slash nightclub. This Saturday marks the official opening of the venue with a bunch of awesome live acts including superstar JMSN (USA). Perth locals Koi Child and Dream Rimmy will keep you grooving, then Slim’s Jukebox DJ’s will take the stage from 1am with all the classics. You can slurp up the alcoholic milkshakes or their amazing out-of-this-world 10/10 fries. Best part is that if you come after 1am and it’s only a tenner ($10-er) for entry. - Charles 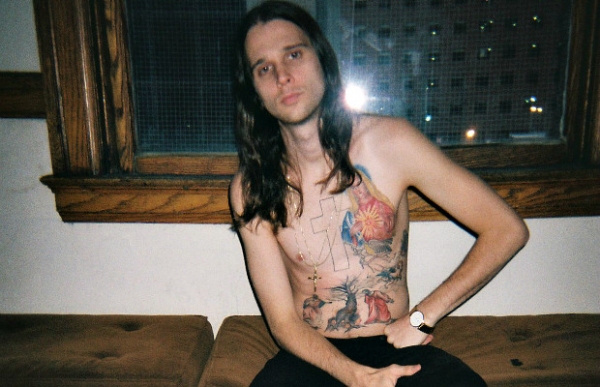 Winter is sort of cold in Perth, and going out is a serious struggle sometimes, but if you just need a place to wallow away and yarn about your life, the WilliamStreet Bird hosts a sumptuous selection of local musicians this Friday. The line-up includes the very talented sounds and visuals of Rachael Dease, as well as Mei Saraswati, Golden String, Leafy Suburbs and Xanthea. This wraps up into a night of very enjoyable music at a venue where the drinks just seem to flow so uncontrollably. – Charles

Fremantle’s beautiful Town Hall hosts another Little Market Place this Sunday morning, where you can snatch up a $5 vintage garm bargain. There are loads of different fashion stalls to check out, as well as male clothing, such as Life2NV Clothing – guys, you are welcome. Beyond the garms, you can get a Henna tattoo done, grab a Dimattina coffee and just chill out, or even get your hair braided by Circles of Subiaco Hairdressers. Round up your gal pals and make a day of it. – Charles 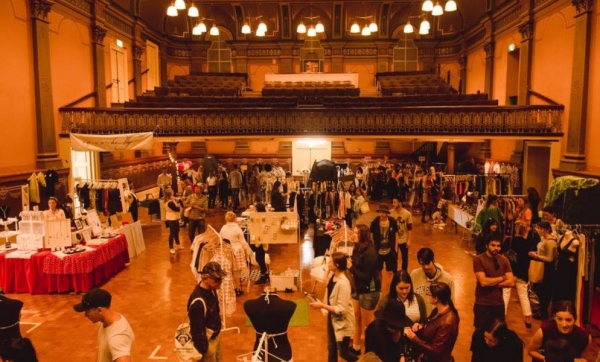 In my humble opinion, Friday nights are the time to unwind, not to go mental. Leave that for Saturday. The good folks at Freda’s are on the same vibes as I am, and for the month of July are providing only the best feel-good times to end your work week and help your weekend start the way it should. This Friday sees Donnatella hit the decks, while Yelo Magic brings the disco next Friday as well. Free entry, and quality grub from Scout’s Honour just down the road. What could possibly go wrong? - Brad 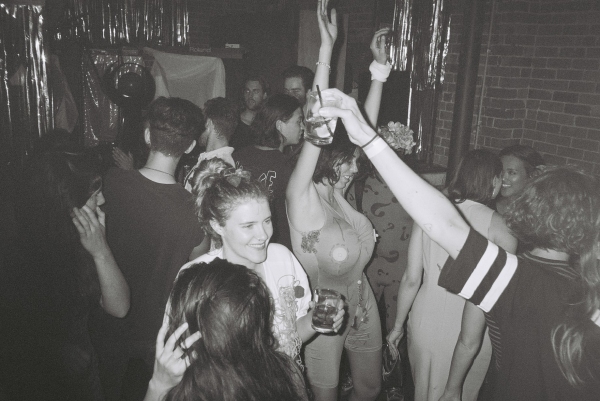 Lots of bars nowadays are offering arcade games and whatever to hammer home just how retro and 90’s they are, but it always feels tacked on. The folks at The Nerd Cave have the answer to this, bringing your favourite games and your favourite alcohol together in the best possible way. Just pay a tenner at the door, bring your own booze, and indulge in all the computer, video, board and arcade games you can feast your senses with. - Brad 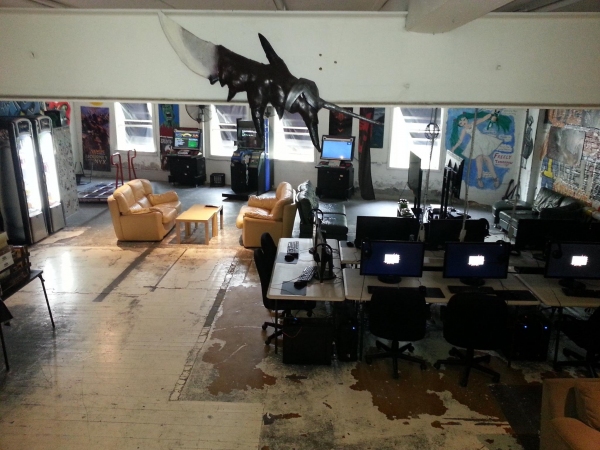 Double-circled on the yearly calendar of every sneakerhead, hypebeast, fuccboi, menswear enthusiast and Kanye West fan in Sydney is the annual Sydney Swap Meet. This probably isn’t the healthy No Money Weekend entry for your wallet; not because of the $2 entry fee, but more for the massive array of sneakers, streetwear and accessories that are bound to be on sale. If you feel like splurging, this is the place to be this weekend. - Brad

There’s never been a better time to be gay and proud of it in this country. One of the biggest parties in Sydney, Heaps Gay, starts this Saturday, continuing for the next month and you really need to go. $15 gets you into the best queer party after Sydney’s Mardi Gras itself, featuring arsenal of amazing art, music and performance including the likes of Laprats, Hoops Gay, Amrita's Body Roll Werkshop, Le Fruit, Luen and more. Join in the all-inclusive fun starting at the Oxford Hotel. – Charles 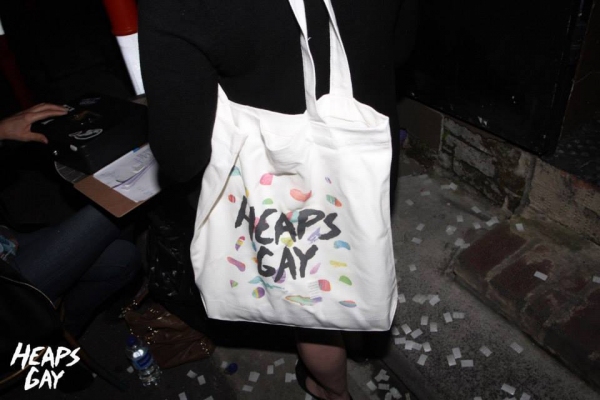 The month of July sees Picnic Social and Harpoon Harry team up for ultimate Sunday Hangs in their carpeted Cuban paradise. The legends at Picnic have selected some of the best disco-demons to put on the tunes – this week will include Tyson Koh, Leisure Lay and Adi Toohey. Picnic knows what’s up on a Sunday - indulge yourself on amazing food (phwoarrr pork belly!) and some drinks, and then shed off all the kgs you just inhaled on the dancefloor. Perfect mix no? - Charles

DO SOME COMMUNITY SERVICE?

LOL jokes. Get a serving of house, disco and soul at a new dance party in Sydney’s inner west called ‘Community Service’. It's this Friday, featuring DJ’s Andy Webb (Disco Delicious), Declan Esau, and FBi Radio’s Andy Garvey and Inlieu doing the rounds on the best chill grooves. Slyfox hosts this lockout-free party and thus the funky tunes will be a plenty from 10pm til forever. Do the local community a favour and make an appearance. – Charles

Prepare to see dark rings under the eyes of your bike-loving friends during daylight hours; lycra-clad men and their impressive legs are officially getting their Tour de France on for 2015. As such, the Shadow Electric-presented Domestique Pop-Up Cinema and Bar has returned for its fourth year of being ‘a sports bar for those who like bars more than sport’. Setting up shop within Mighty Boy Eatery on Gertrude Street, the Domestique will be screening the five stages of the tour, complete with food and booze . The opening night party is this Saturday, but Domestique runs until 26 July. – Reb Mery 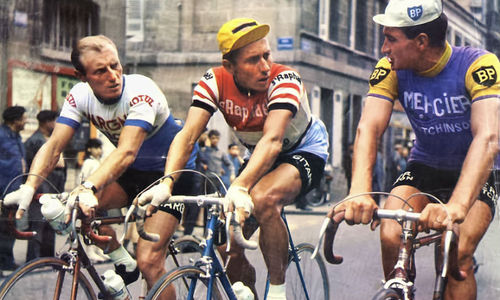 France – land of epic bike races, films your too-quirky friend loves to obsess over, and delicious food cooked in buckets of fat. Celebrate all things Francaise while trying to remember your high school French in honour of Bastille Day. Belleville is hosting a day-long celebration, starting at 12pm. Food specials all day, including rotisserie chicken, crepes, pommes de terre cooked in duck fat. If you’re able to move after stuffing yourself and pretending like you’re a connoisseur of French cuisine, dance the night away to Swinging Rendez-Vous. – Reb Mery

Of all the ways to cap off the weekend, a Sunday day party is by far one of the best. Even if your weekend until that point was a stretch of TV and sitting in your own filth, you’re still able to hit the party zone and arrive alive at work the next day. The Copacabana is your spot for such an activity – by way of locals the Stevens, Totally Mild and New War. The rollicking punk tunes might be at odds with the gloriously gaudy venue, but that’s just bound to be part of the charm. – Reb Mery

Hell being born in the 90s probably makes me a sucker for all things from the decade. This weekend some genius decided to combine two of life's great pleasures into a neat little event: drinking and 90s video clips. New Globe Theatre is where shit will get weird, with three hours of 90s music videos in their retro cinema. Don some appropriate attire, grab a mate and head along for a blast from the not so distant past. - Miles

There's nothing more Australian than celebrating what we're not. Brisbane of all places seems to have an event paying homage to another culture and country every other weekend. This weekend the team behind GPO, in partnership with Smirnoff are bringing a celebration of all things Colombian to the streets of Fortitude for one day only. Think authentic street food, latin dancing, music and a whole heap of exotic liquor. Sounds like a party to me. - Miles 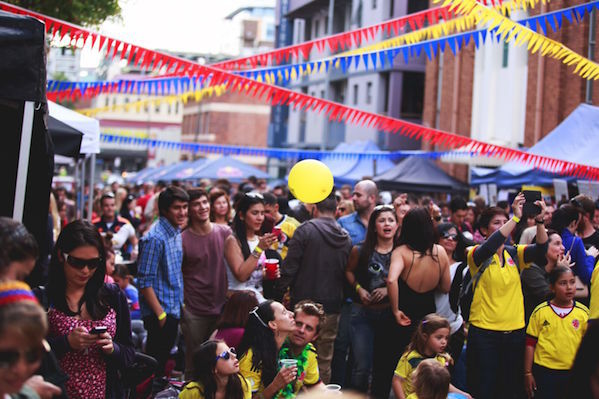 Barbecue. Enough said. The Wandering Cooks kitchen space in South Brisbane is being turned into a slow-cooked feast this weekend, with every possible incarnation of barbecue goodness imaginable on offer. There will be a stack of food trucks from Brisbane's growing fleet on hand to deliver some delicious slow-cooked fare and you can wash down your barbecue with a wine, whiskey or craft brew from one of the local breweries on hand to ensure your appetite is truly wet. There will be music to boot (rockabilly befitting the deep-south vibe on hand and also some DJS to move things in a more 21st century trajectory). - MIles

Local psych rock buzz band The Dunes will continue their July residency at their favourite Adelaide venue The Grace Emily. The unique residency sees The Dunes headline each Friday night at local hot spot with support from a different local or interstate support. The last two weeks have seen them supported by Ali E and Sons of Zoku. This week will see Thanes support the atmospheric drone enthusiasts. The best part about it is that every show on the residency is absolutely free of charge, so there’s no reason not to make it down. - Jonty

THE WOLF AND THE MOON

Pink Noise Generator have been debuting their brand new live visual experience ‘The Wolf and The Moon’ with a slew of shows across the month and throughout the CBD at some of Adelaide’s best venues. The presentation, which accompanies the music of Pink Noise Generator depicts a wolf chasing the moon, and represents the human condition. The show will take place at Pirie & Co. Social club and will see PNG supported by The Cities Alight and Kitten Kong. The show is completely free so get your sack of meat around it. - Jonty 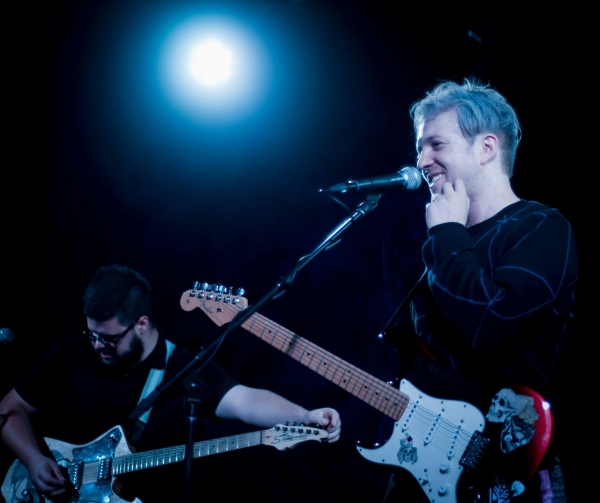 On Friday night Ancient World are throwing a free entry party featuring all female DJ’s! You’ll get to experience the dancey good times courtesy of DJ’s Jessie and Selena followed by the innuendo filled fun of BJDJ’s. Ancient World is a great place to relax and kick back with an entirely local selection of wine and beer and some fiery spirits. It’s definitely worth opening a dialogue with the awesome managers/bar tenders Brad and Dave, as they will be able to suggest the perfect drink for you fussy fussy tastes. What more could you want? - Jonty

People of Sydney! We're on the hunt for No Money Weekend writers to tell us all the awesome things happening in Sydney each weekend. If you're able to contribute a written round-up of three great cultural / music events every week (paid) get in touch: dani@pilerats.com

If you've got some great ideas for free things to do on the weekend, we'd love to include them in our No Money Guide. Just let dani@pilerats.com know the details. 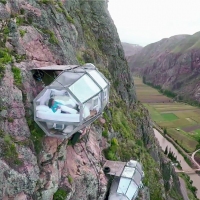 Tech-Know: JulyTechnology and science news, and why you can use it. 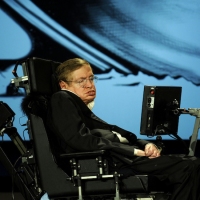 Calling All AliensWe want you to phone our home, and we've got plenty of money to make it happen.
Light & Easy